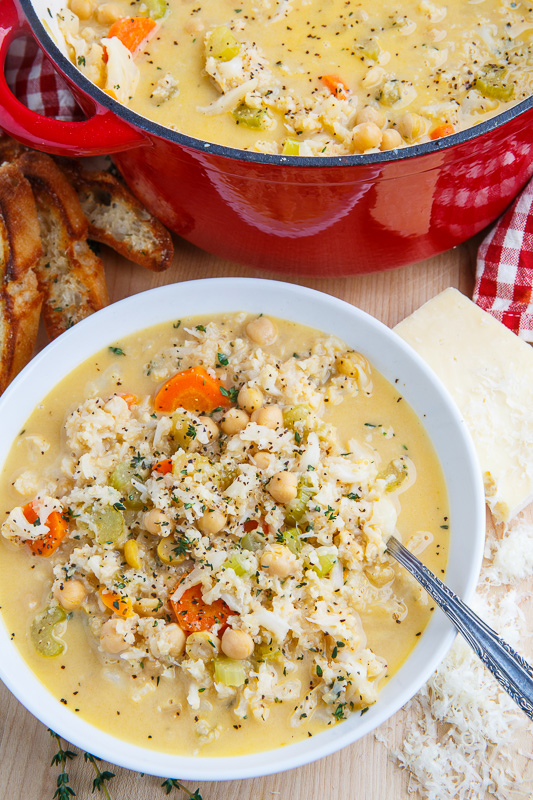 A quick, easy, healthy and tasty cauliflower, quinoa and chickpea chowder that is just packed with flavour!

Soups are one of my favourite meals and with the weather cooling they are in season again! I thought I would kick off soup season by sharing my current favourite, this tasty asiago cauliflower chowder! Cauliflower is a fabulous ingredient in soups either pureed or in chunks and its pretty healthy, especially when combined with plenty of other veggies along with chickpeas and quinoa! A lot of the flavour from comes from the asiago cheese which is a flavourful hard cheese that melts right into the soup infusing it with pure flavour. One of the best things about this soup is that it takes less than 30 minutes to make, making it perfect for busy work night meals and you can easily make a double batch and bring the leftovers into work for lunch the next day! This asiago cauliflower chowder is the perfect soup for enjoying these cooler fall days! 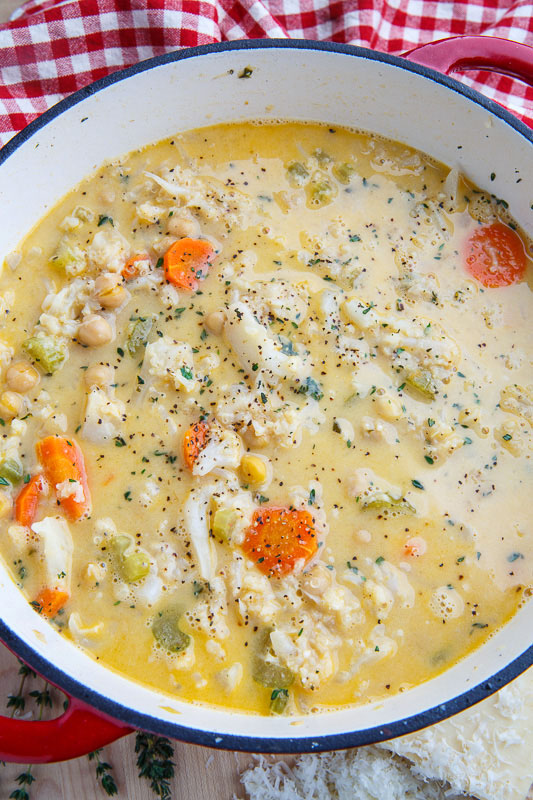 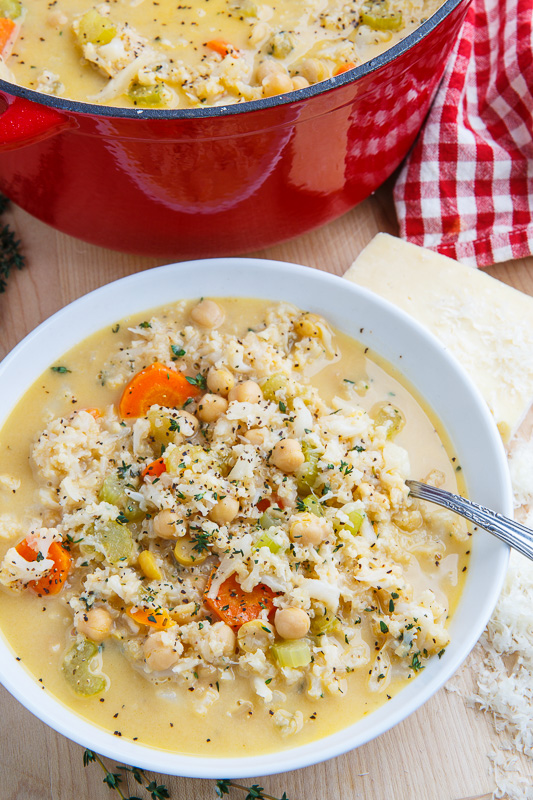 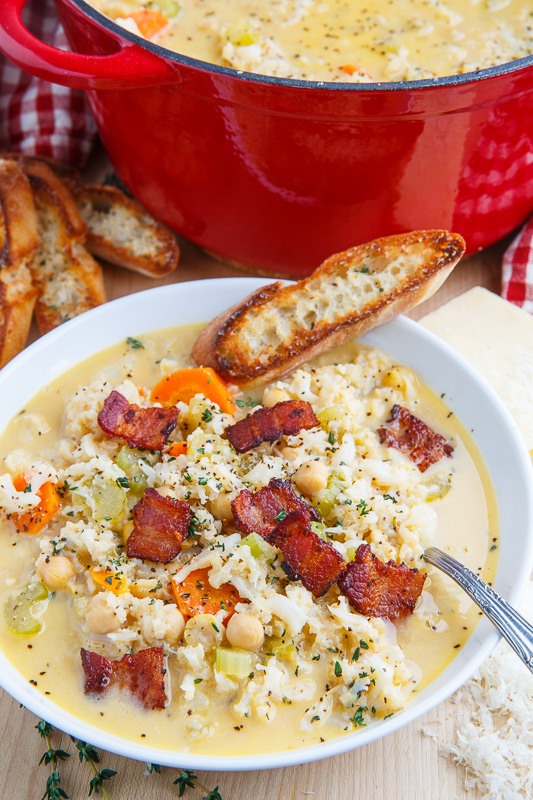 I like to add bacon! I start by cooking the bacon in the pan and then I use the bacon grease to cook the veggies in instead of butter or oil. Yum! 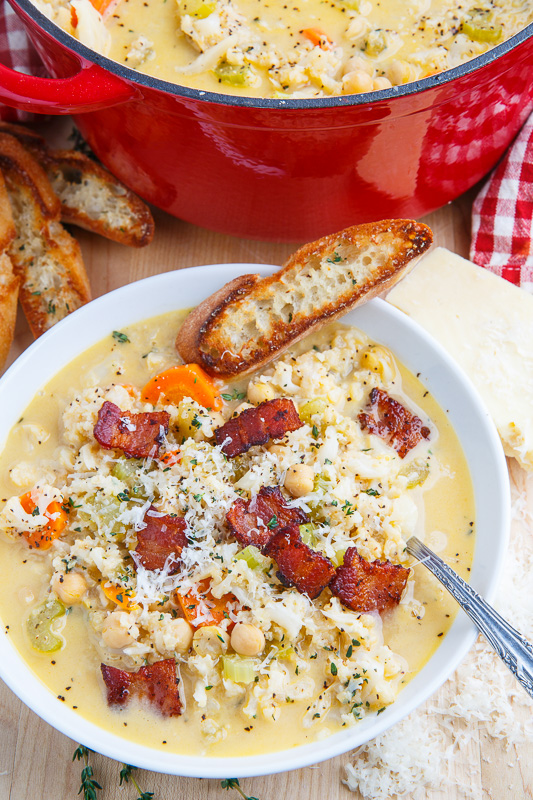 A quick, easy, healthy and tasty cauliflower, quinoa and chickpea chowder that is just packed with flavour!

Option: Add 1-2 tablespoons white miso paste by taking some of the hot broth and mixing it into the miso in a bowl and then mixing it back into the chowder as you remove it from the heat. (The miso adds a nice umami flavour!) Note: miso is salty so you will not need to season with as much salt.
Option: Top with crumbled bacon!
Nutrition Facts: Calories 384, Fat 22g (Saturated 10g, Trans 0), Cholesterol 54mg, Sodium 255mg, Carbs 38g (Fiber 8g, Sugars 7g), Protein 10g
Nutrition by: