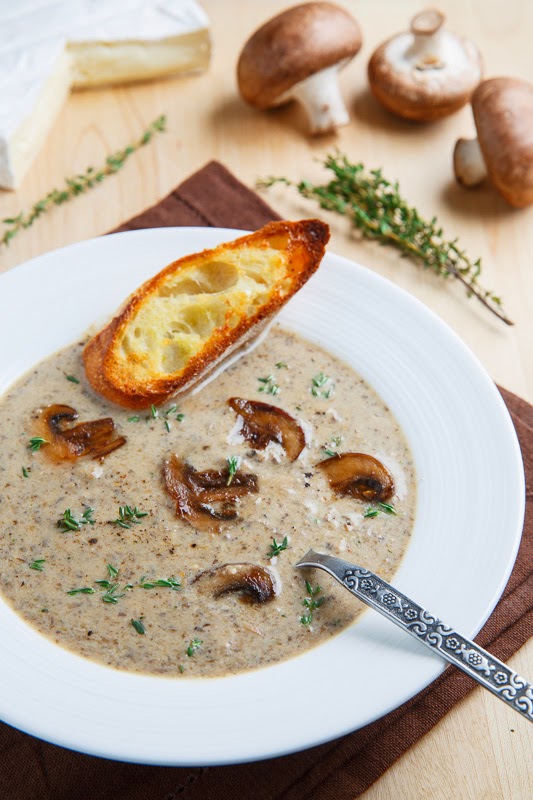 A cream of mushroom soup with brie to make it extra creamy and good!

I am a huge fan of mushrooms and one of my favourite ways to enjoy them is in a cream of mushroom soup! The other day I found myself thinking that instead of using cream why not kick things up a bit and use brie to make the soup nice and creamy! I mean you really can’t go wrong taking something that is already pretty amazing like a cream of mushroom soup and adding a nice cheese like brie! Of course I like to roast the mushrooms to caramelize them and bring out their flavour though they could just as easily be sauteed in the pan making this a one pot soup. After roasting the mushrooms you just need to throw them into the soup along with the brie and simmer for while before pureeing to the desired consistency. I have to say that this mushroom and brie soup is the best cream of mushroom soup that I have ever had and I will definitely be making it all the time from now on! 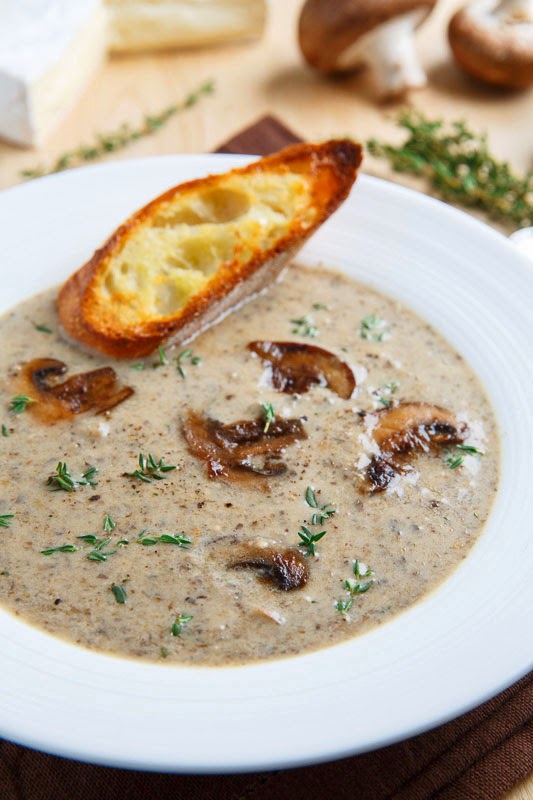 So creamy and good! 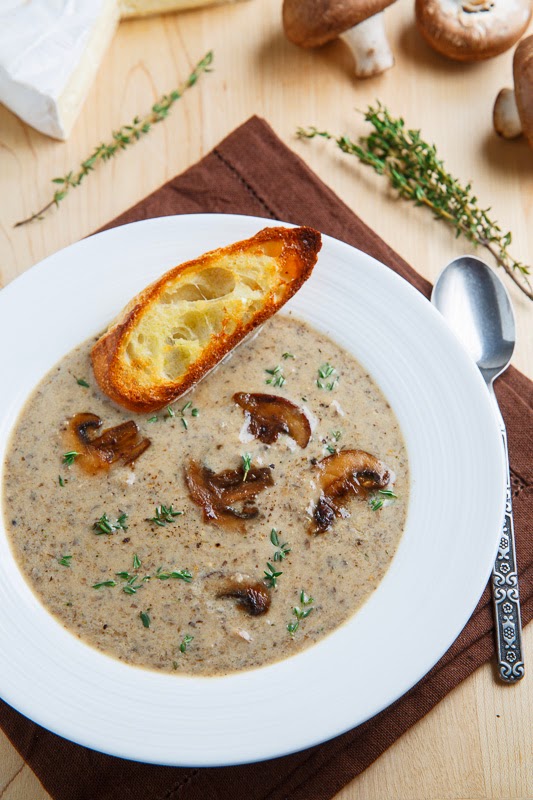 A cream of mushroom soup with brie to make it extra creamy and good!

Slow Cooker: Implement steps 1-4, place everything except the brie and cream into the slow cooker and cook on low for 6-10 hours or on high for 4-6 hours before adding the brie and cream, letting the brie melt and pureeing.
Option: Saute the mushrooms in a pan with the onions instead of roasting them.
Option: Add 2 tablespoons white miso.
Nutrition Facts: Calories 287, Fat 18g (Saturated 9g, Trans 0), Cholesterol 46mg, Sodium 239mg, Carbs 14g (Fiber 2g, Sugars 6g), Protein 13g
Nutrition by: