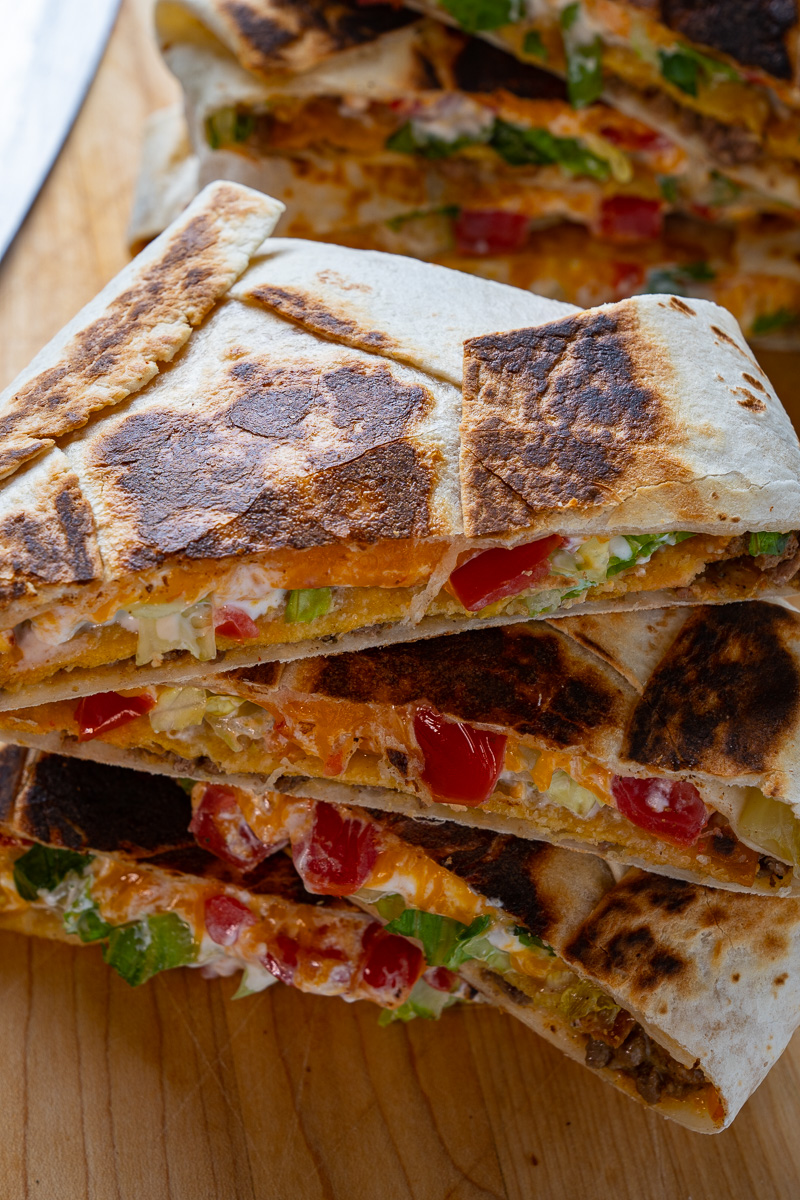 Cinco de Mayo is tomorrow and I have one more recipe for you, the crunch wrap supreme. Crunchwraps have always looked good and I recently got around to trying to make some of my own! The basic idea seems to be that all of the flavours/ingredients of a taco wrapped in a large crispy tortilla; a ‘taco’ in a more convenient, on-the-go form that you can easily eat with one hand while on the go. This recipe starts out with large tortillas, the largest that I can find are 12 inch ones, and even they are not quite big enough when folded up, so I add a second small tortilla to the side that is folded up and this allows for larger wraps. The part of the wrap that gives it the ‘crunch’ in the name comes both from the crispy outer tortilla along with an internal layer of crunchy tortillas which can either take the form of a crispy fried tortilla or tortillas chips. The remaining ingredients are your favourite tacos fillings and I like to go with taco seasoned ground beef, nacho cheese sauce, lettuce, tomato, cheese, and sour cream. Once the tortillas are filled and wrapped, they are either fried in a pan until crispy on the outside or baked in an oven until crispy! These crunch wraps are actually prettyy easy to make, especially if you make the seasoned beef and cheese sauce the day before, and they taste great! Perfect for Cinco de Mayo! 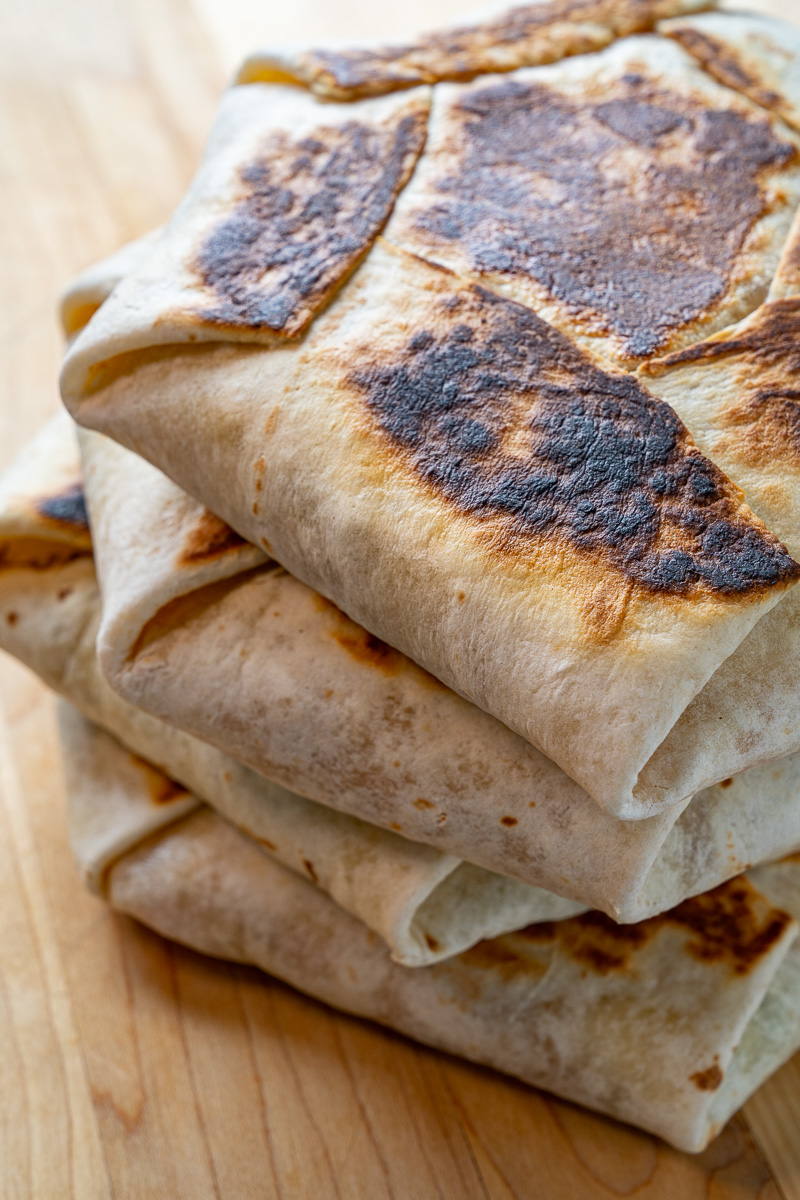 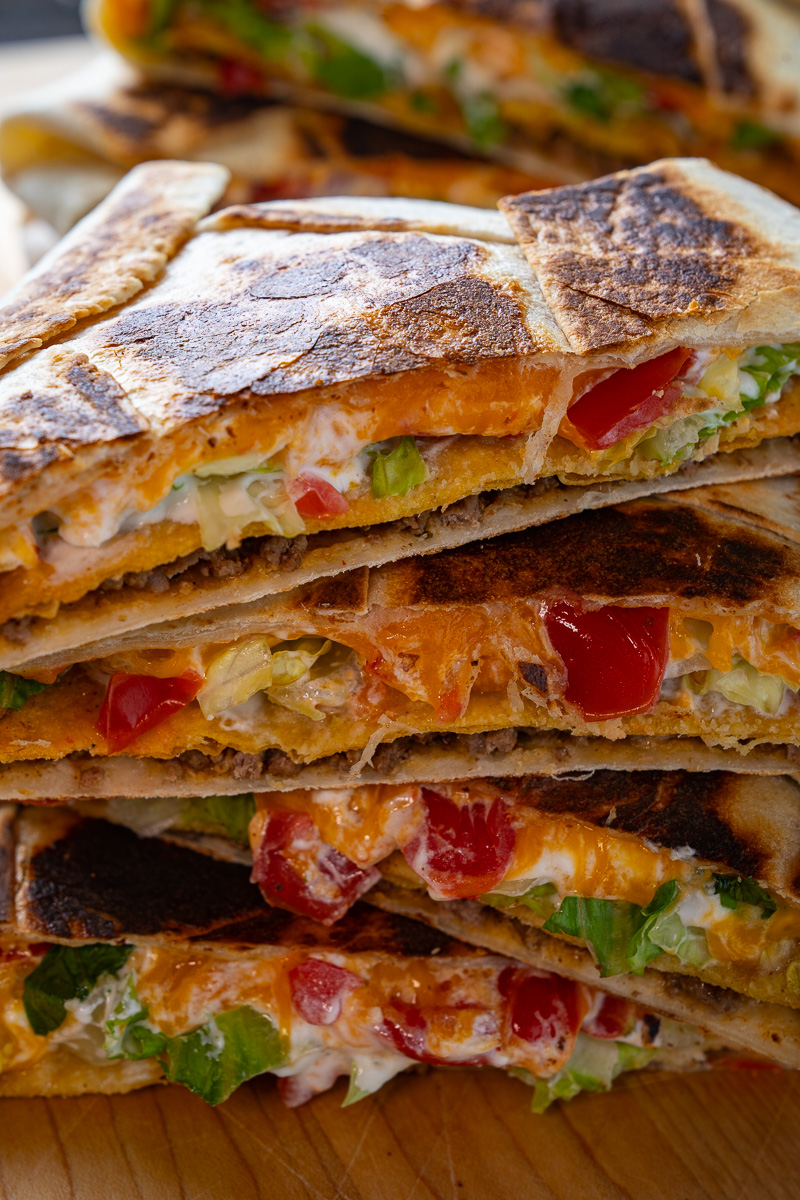 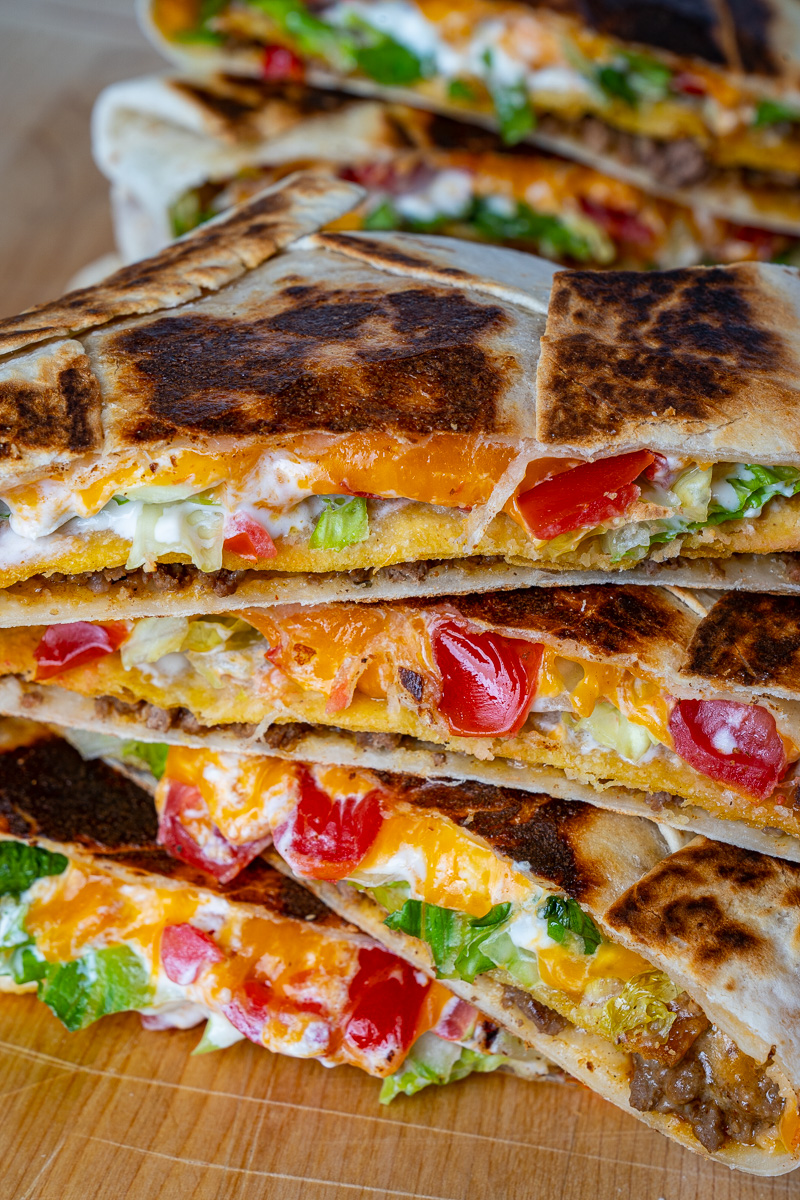 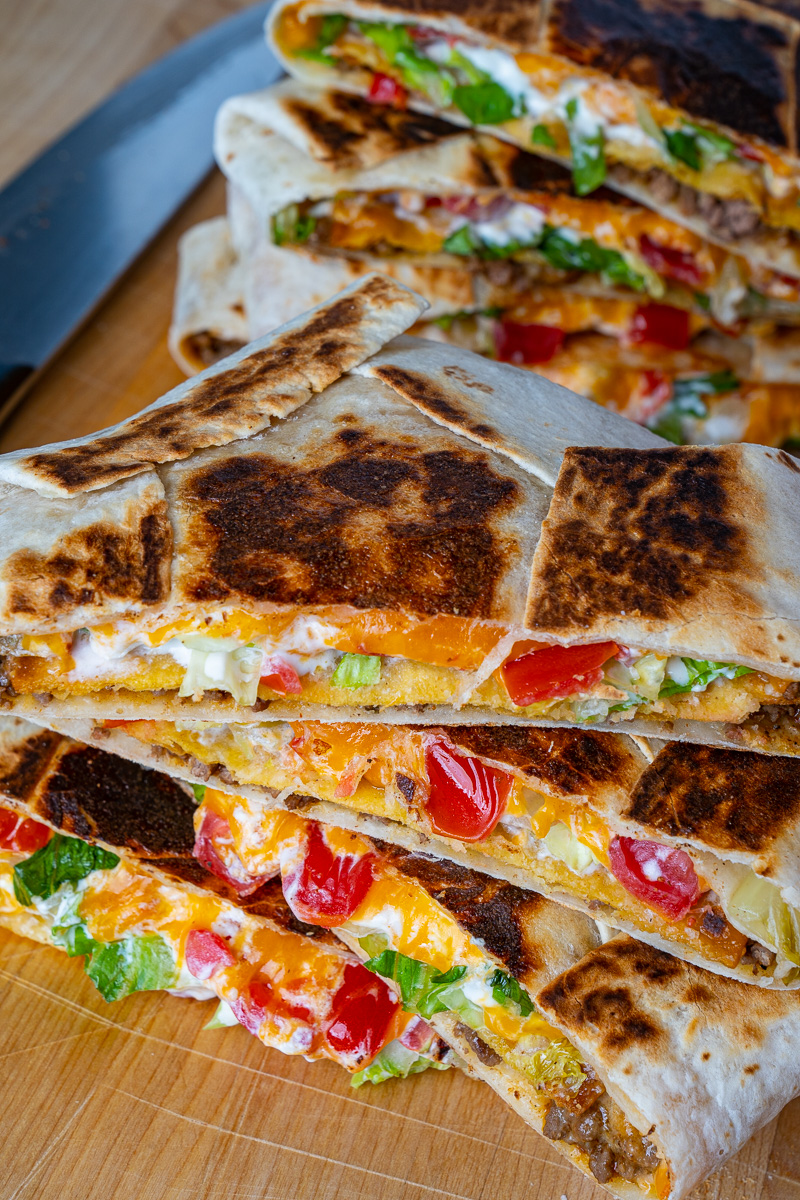 Option: Bake the crunch wraps in an oven, on a baking sheet, at 375F until golden brown, about 15-20 minutes.
Tip: Make the beef, cheese sauce and fry the 4 small tortillas the day before.
Tip: Corn tortillas typically fry up nice and crispy better than flour tortillas so they are a better option for the crunchy tortillas in the middle.
Tip: Instead of a crispy fried tortilla adding the crunch layer to the middle, you could use tortilla chips!
Nutrition Facts: Calories 661, Fat 59g (Saturated 28g, Trans 2g), Cholesterol 182mg, Sodium 723mg, Carbs 35g (Fiber 5g, Sugars 2g), Protein 47g
Nutrition by: