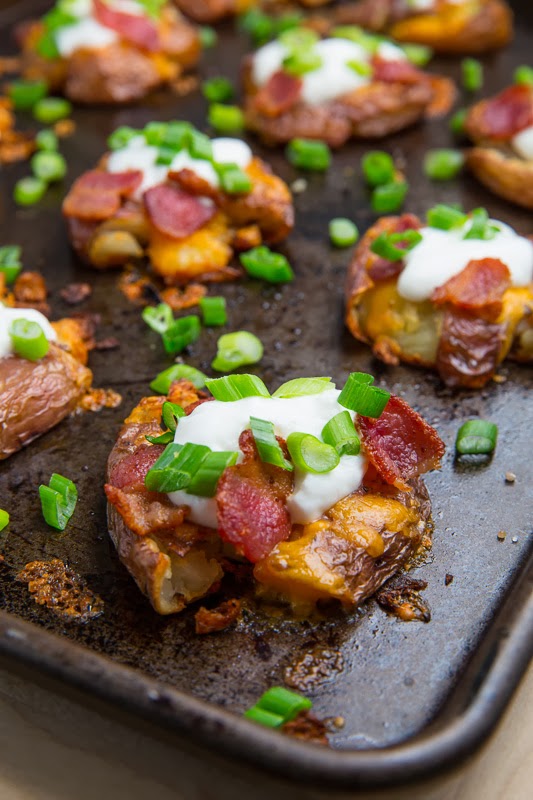 New potatoes that are cooked, ‘smashed’ and then baked until golden brown and crispy and the topped with melted cheddar, sour cream, bacon and green onions.

Looking for something new to do with your potatoes? How about ‘smashed’ potatoes? I have been wanting to try smashed potatoes ever since I saw them on Pioneer Woman and it was past time that I gave them the ‘loaded’ treatment by topping them with all of the classic loaded baked potato toppings including bacon, cheese, sour cream and green onions. The basic idea behind smashed potatoes is that you take small cooked potatoes and you ‘smash’ them, by pressing down on them with a glass or something, into thin pancakes and then you bake them until they are golden brown and crispy! There is very little that can compare with potatoes that are nice and crispy on the outside and soft and tender on the inside, think french fries, fritters, etc. and these smashed potatoes are no exception! Of course you can top smash potatoes however you like from simple things like herbs to more elaborate like these but no matter how you top them, they will disappear quickly!
If you use really small potatoes, they work as a really nice 1-2 bit appetizer!
Love fully loaded baked potato flavours? Check out below the recipe for more recipe ideas! 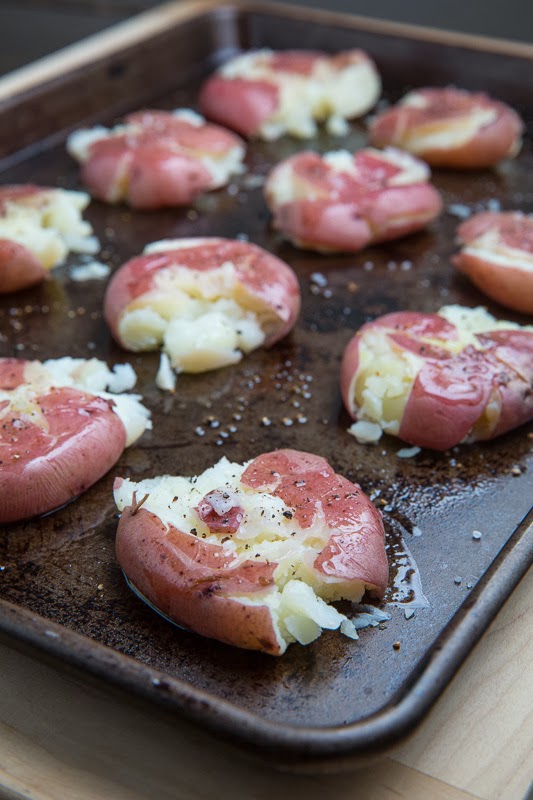 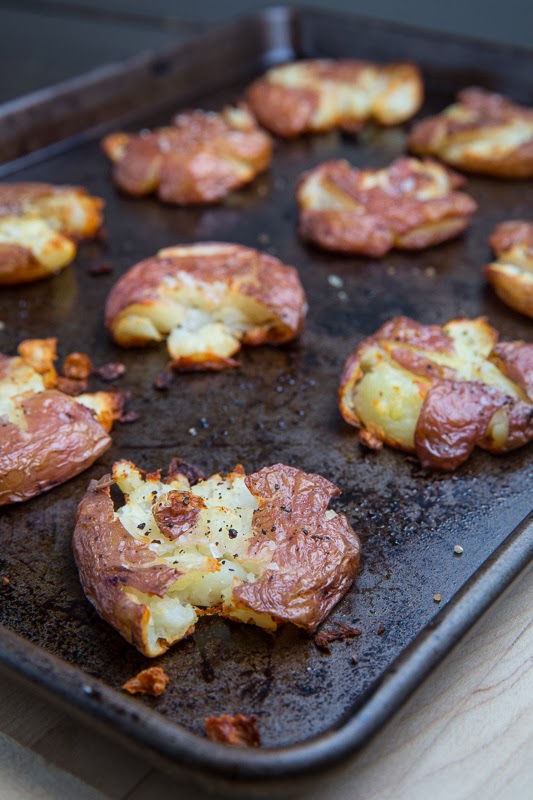 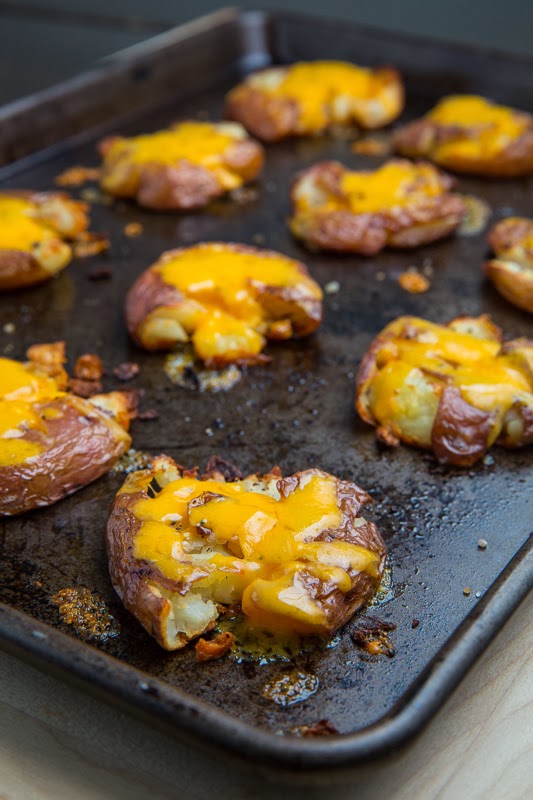 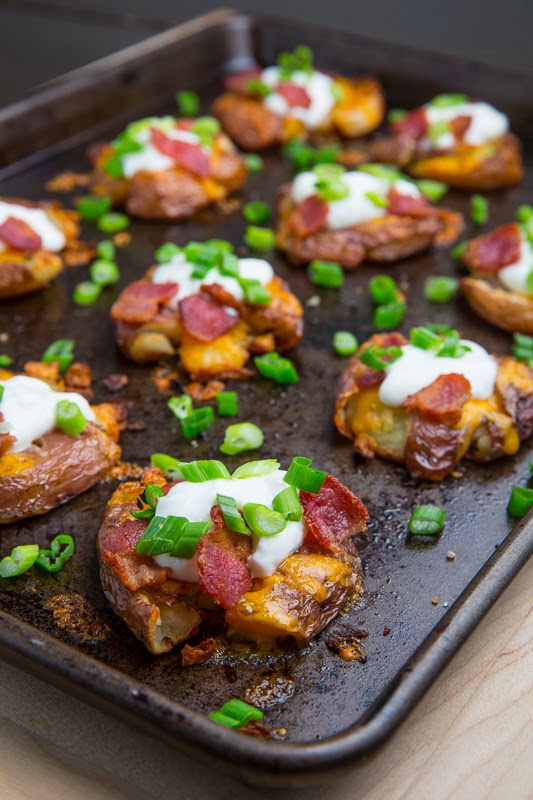 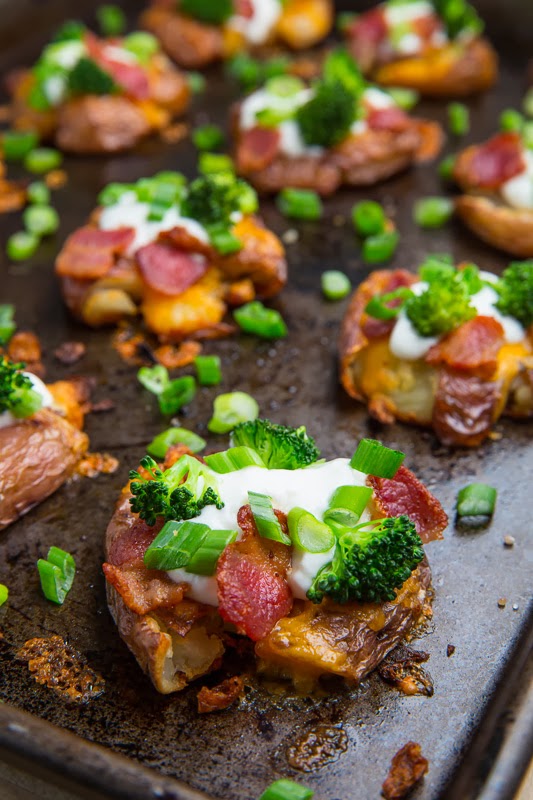 For those that like broccoli on their loaded baked potatoes!

New potatoes that are cooked, ‘smashed’ and then baked until golden brown and crispy and the topped with melted cheddar, sour cream, bacon and green onions.