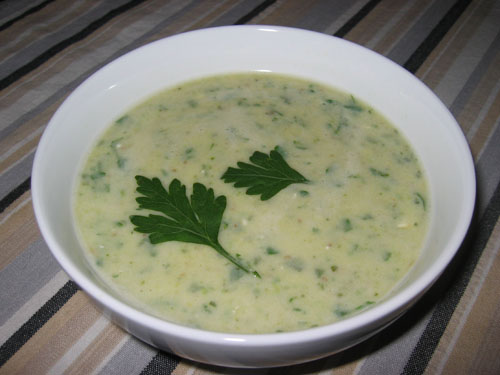 With the weather cooling down a bit I was feeling like having a soup. I was not looking for a heavy soup and luckily zucchinis are still around. I had been meaning to try this zucchini soup recipe for a while now. One of the reason that I wanted to try this recipe was that I wanted the try the La Vache Qui Rit cheese. The soup was a really nice green colour until I added the cheese and pureed it. After the cheese was pureed into the soup it became a much paler green. The colour was a bit disappointing but the soup still tasted great. The cheese added a really nice creaminess. The La Vache Qui Rit cheese is a very creamy cheese that is so soft that it jiggles and wobbles.