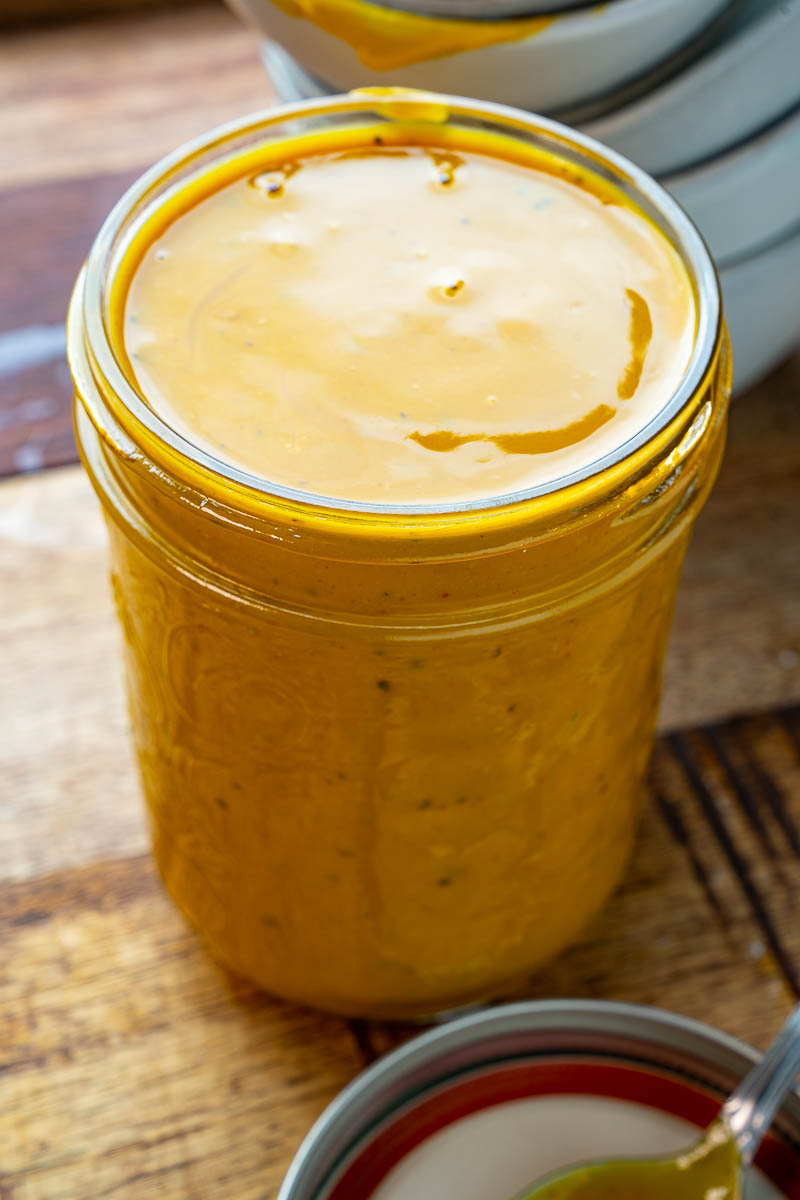 Normally when I think about BBQ sauce I think about the common tomato based, red, BBQ sauce but there are other kinds of BBQ sauces! Some of the main kinds of BBQ sauce include: the red BBQ sauce with a tomato base, a white BBQ sauce with a mayonnaise base, a yellow BBQ sauce with a mustard base and a vinegar BBQ sauce with a vinegar base. Although I always enjoy the standard red BBQ sauce I also particularly like this yellow mustard based BBQ sauce!
Just like red BBQ sauce, there a about a million different versions of mustard BBQ sauces and this is my one of favourites, it’s simple and tasty! The star of the show is the yellow, ‘ballpark’, mustard with it’s amazing mustard ‘bite’! It has a sweetness that comes from both honey and brown sugar, which also brings that hint of molasses. Apple cider vinegar gives it a nice tanginess and the remaining seasonings are onion powder, garlic powder, salt, pepper and a bit of cayenne for the spicy heat. You can use mustard BBQ sauce in the same ways that you use tomato BBQ sauce and I enjoy it on grilled chicken, roast or smoked pork or beef, in sandwiches, etc. 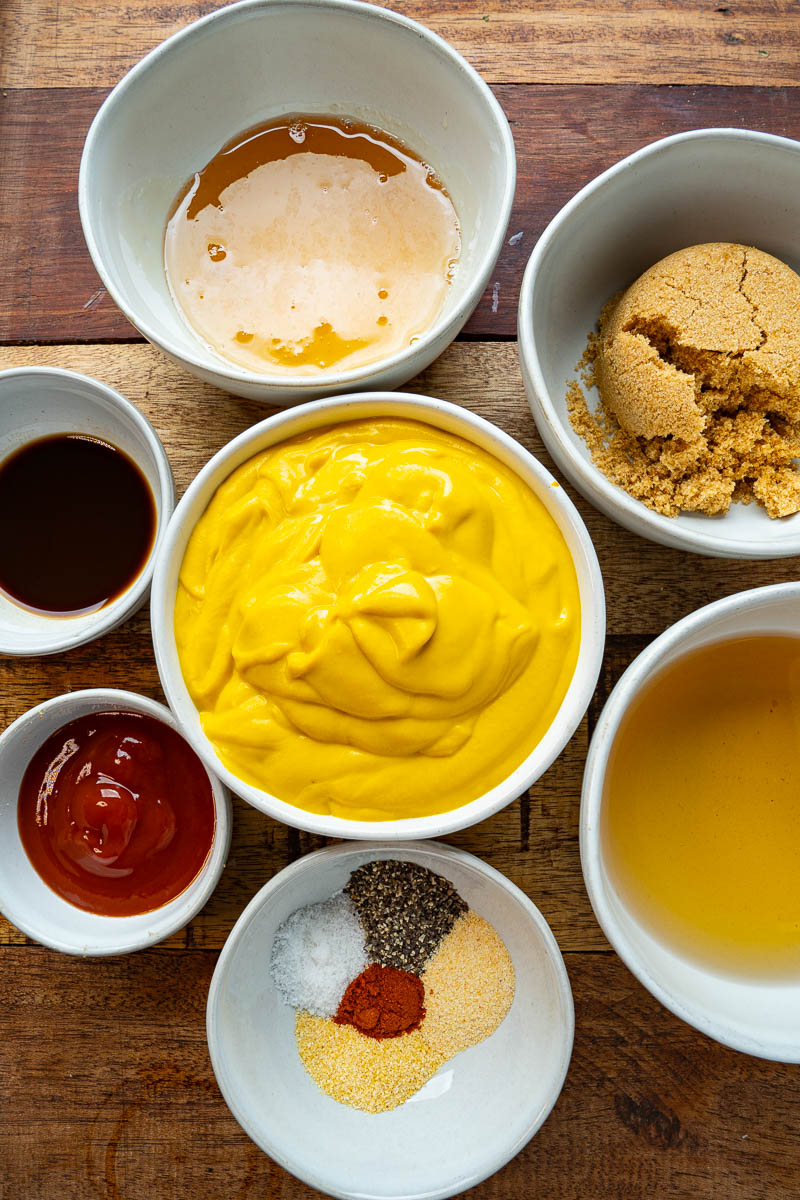 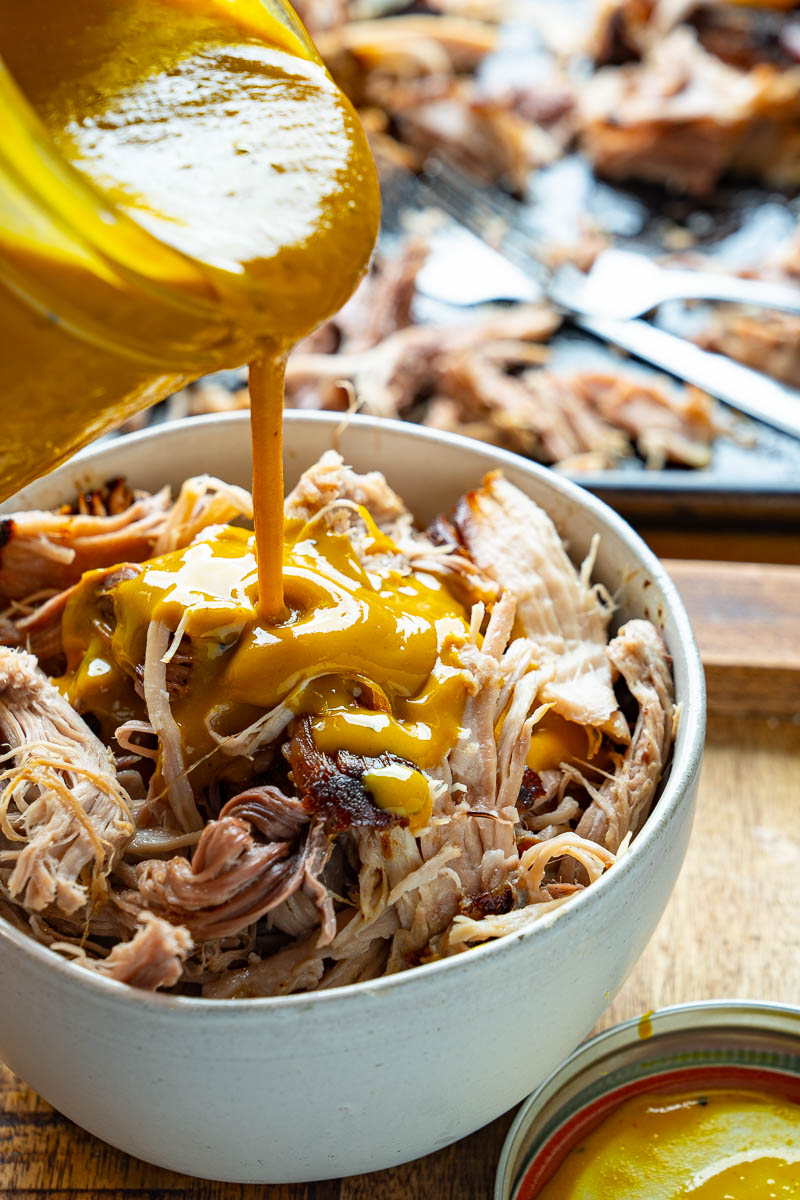 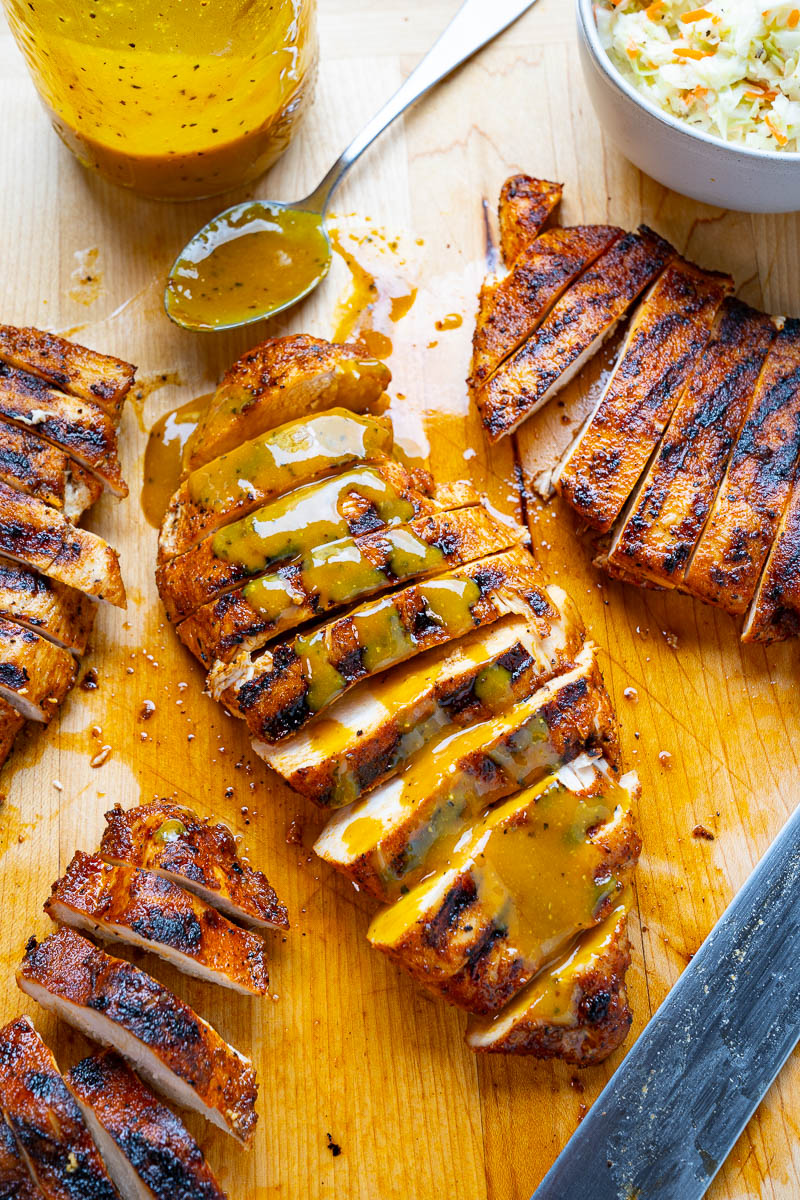 An easy to make and tasty sweet, tangy and spicy mustard BBQ sauce!