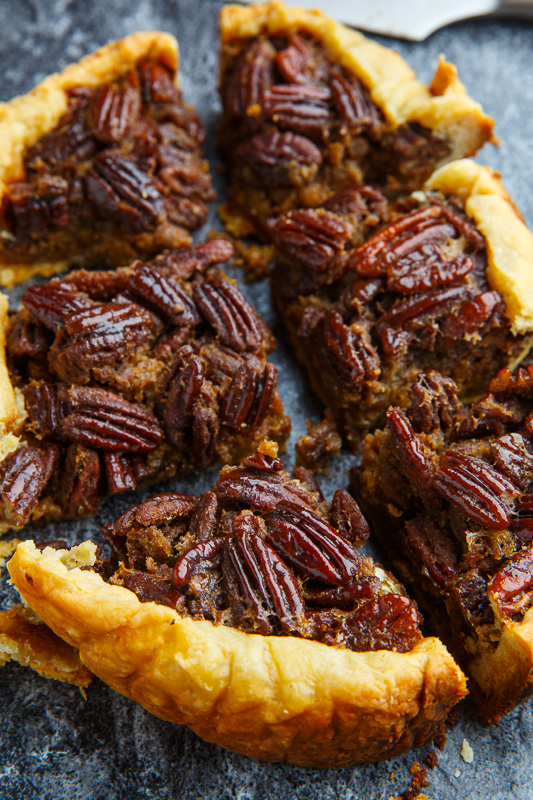 The easiest pecan pie ever, in the slow cooker!

With a small, closet sized, kitchen one of the biggest difficulties that I encounter is holiday dinners like Thanksgiving dinner and Christmas dinner! These big meals typically have a roast, several sides and a dessert each of which is contesting for oven or stove top space so it’s always nice to move something out of the oven and off of the stove! I was hesitant to pick up a slow cooker for a long time since it was yet another kitchen device and I have limited space but once I broke down and got it, it has become one of my favourites, especially for large holiday meals!
It’s pretty obvious to move some sides to a slow cooker but how about dessert? How about a pie? You know, one with a pastry crust that’s supposed to be nice and crispy? It didn’t even occur to me that a pie could be done in the slow cooker, not one with a crispy crust anyways, so when I came across the idea a while ago I just had to try it! A slow cooker pie is so easy! You just place the pie crust in a foil lined slow cooker, pour in the filling and cook it on high until the crust is nice and golden brown and crispy and good! With 5 minutes of effort you get an amazing pie that does not require any time in the oven! Perfect for a holiday dinner! One of my favourite pies has to be the classic pecan pie and it works perfectly in the slow cooker! 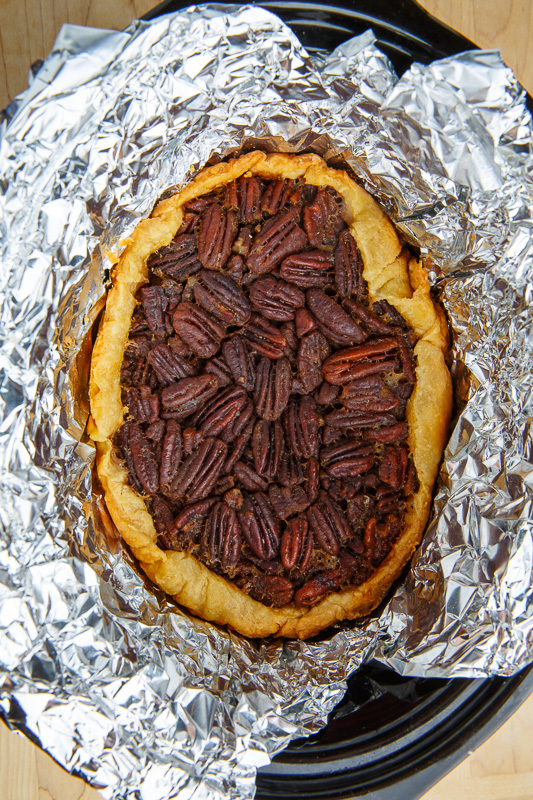 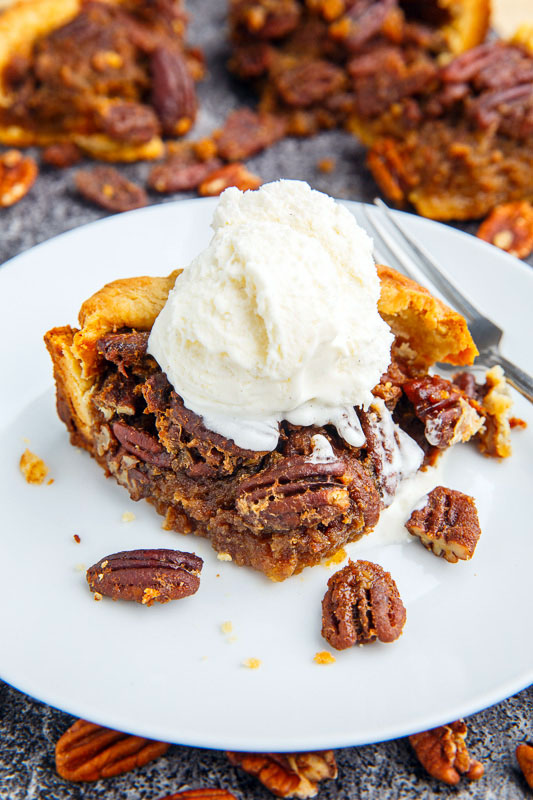 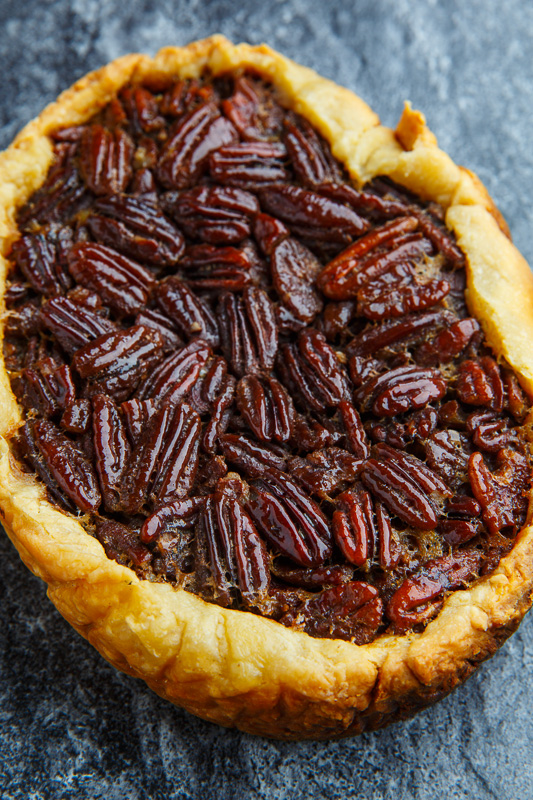 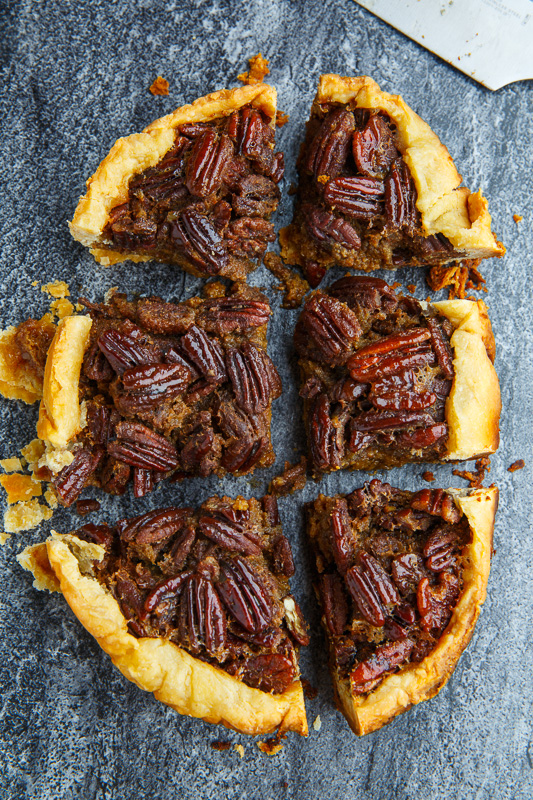 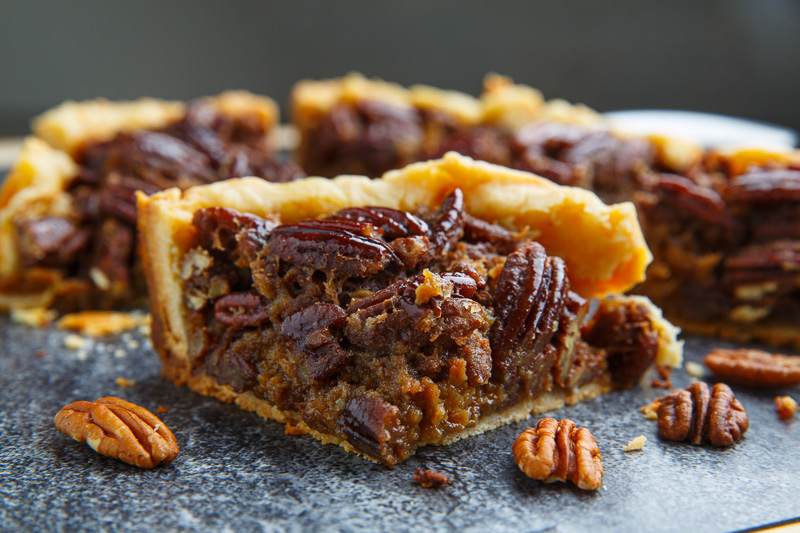 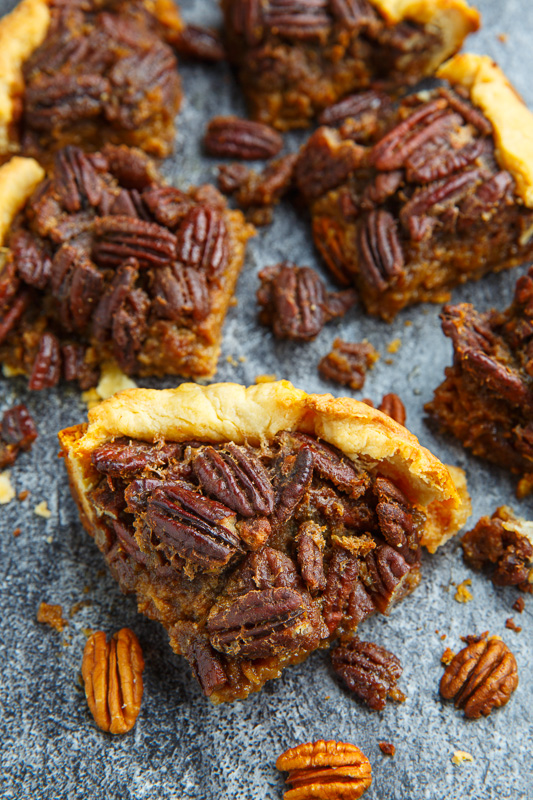 The easiest pecan pie ever, in the slow cooker!