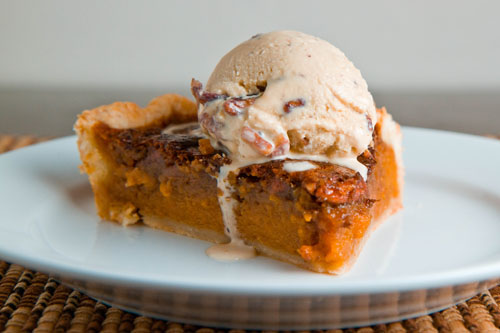 A sweet potato pie topped with a pecan pie!

A sweet potato pie topped with a pecan pie!