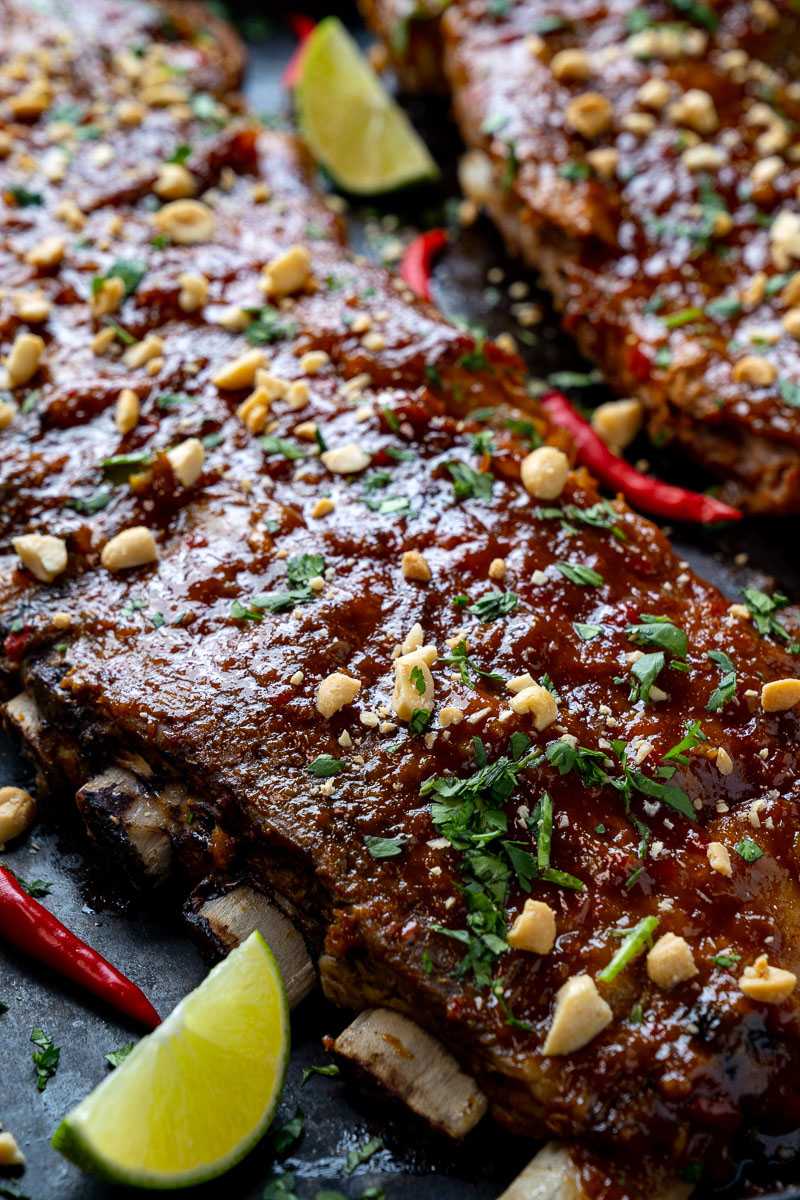 Ribs are great all year round and when I’m not outside cooking them in a BBQ/grill I like to make them in the slow cooker! Cooking ribs in the slow cooker could not be easier, you simply wrap the ribs around the inside of slow cooker, vertically, and cover and cook until falling off the bone tender! After the ribs are cooked you slather them up with BBQ and place them under the broiler for a few minutes so that the sauce bubbles and caramelizes an bit and then you are in finger licking BBQ ribs heaven! I am a big fan of Thai inspired flavours including the sweet chili sauce and peanut flavour combo which is magical, and it works so well as a BBQ sauce for ribs! Yum! 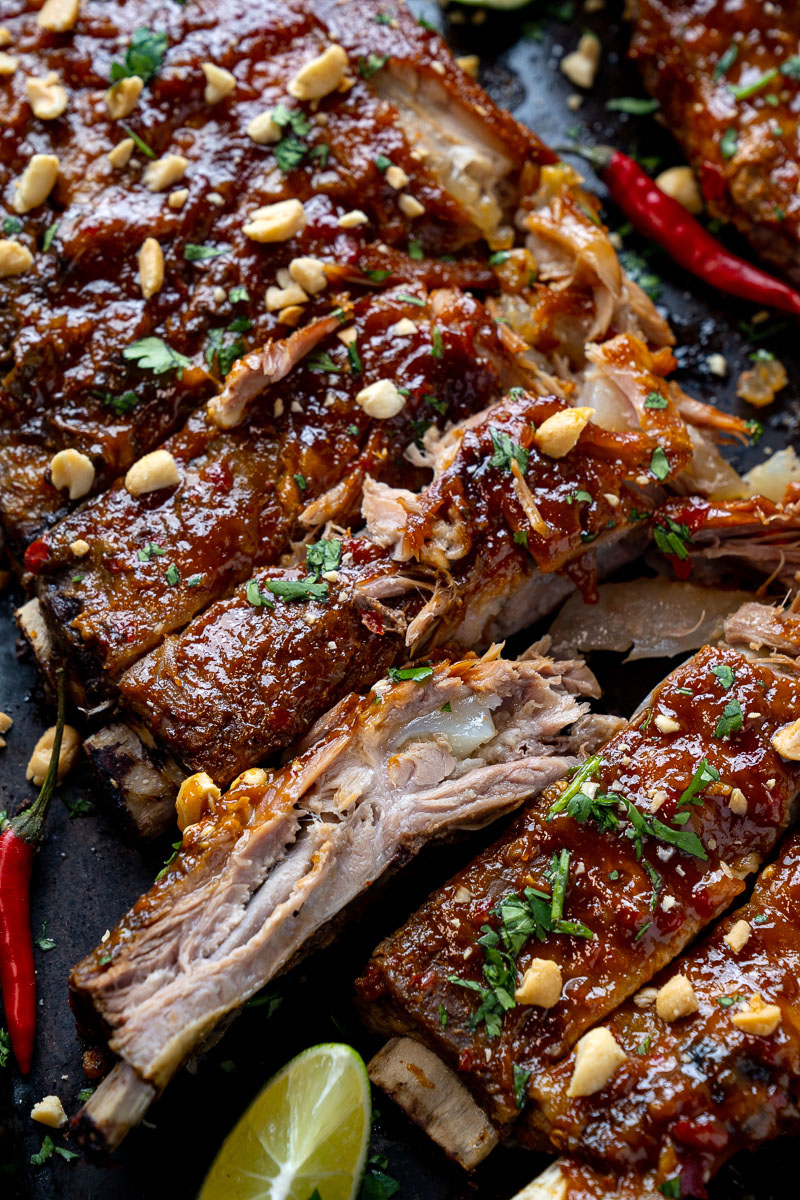 These ribs were a little too tall for my slow cooker to seal properly so I wrapped the lid up with aluminum foil to trap in the heat and moisture! 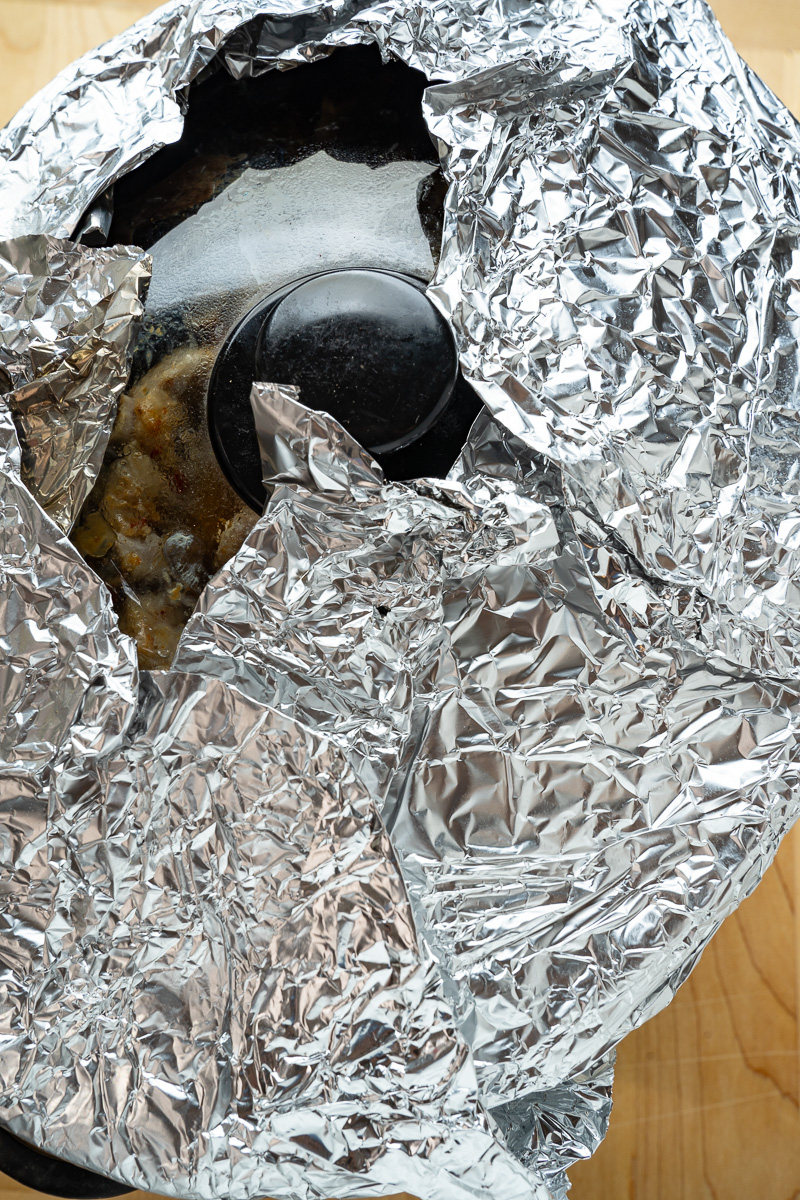 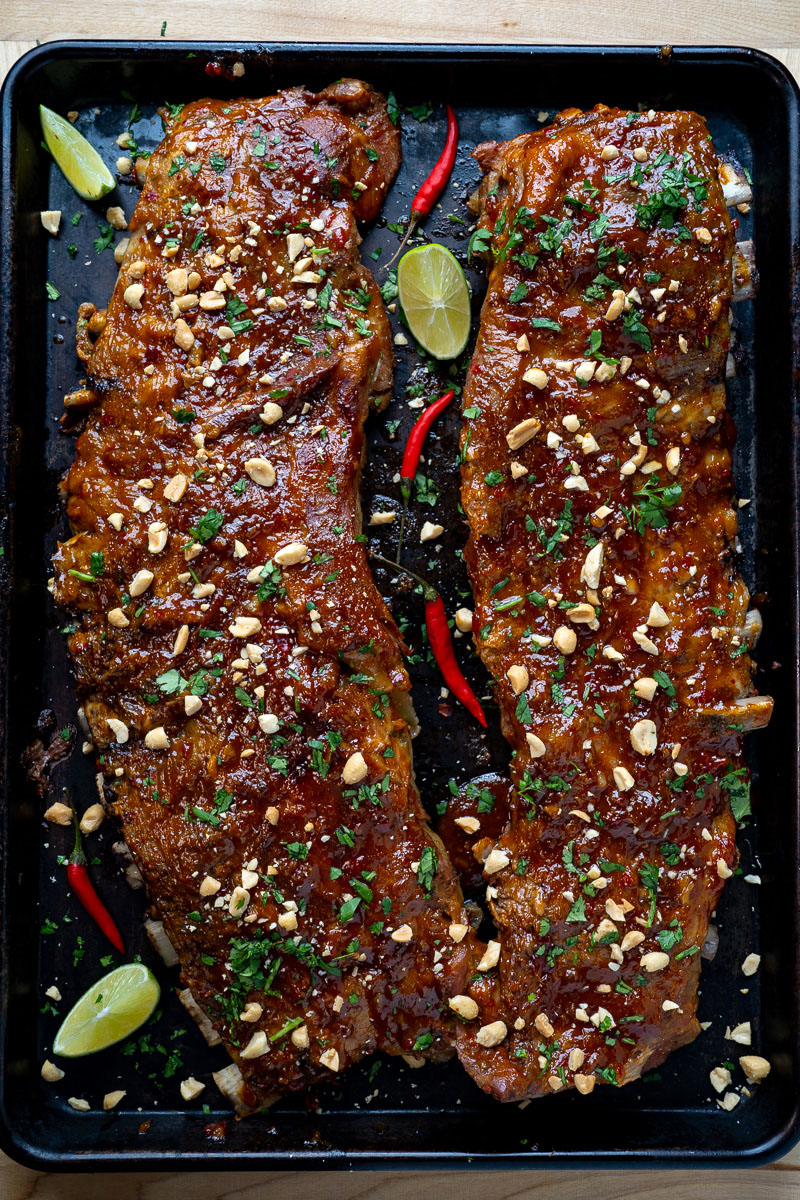 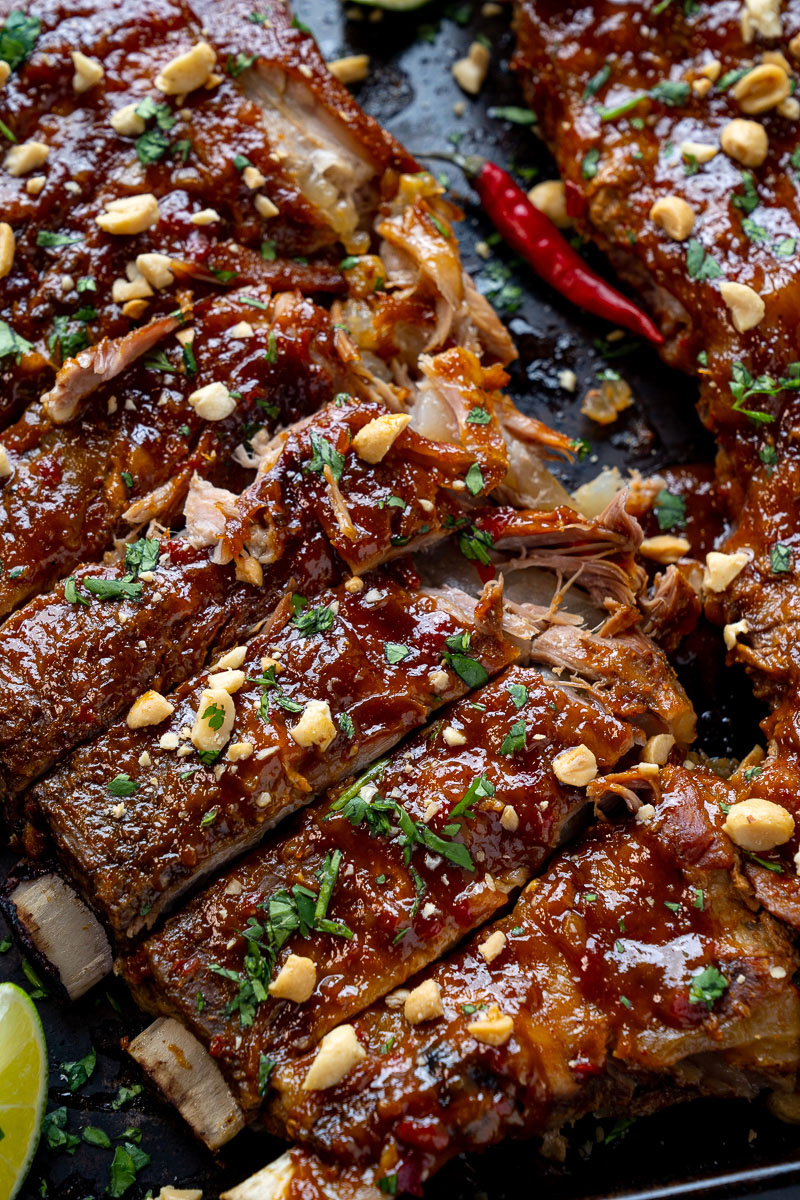 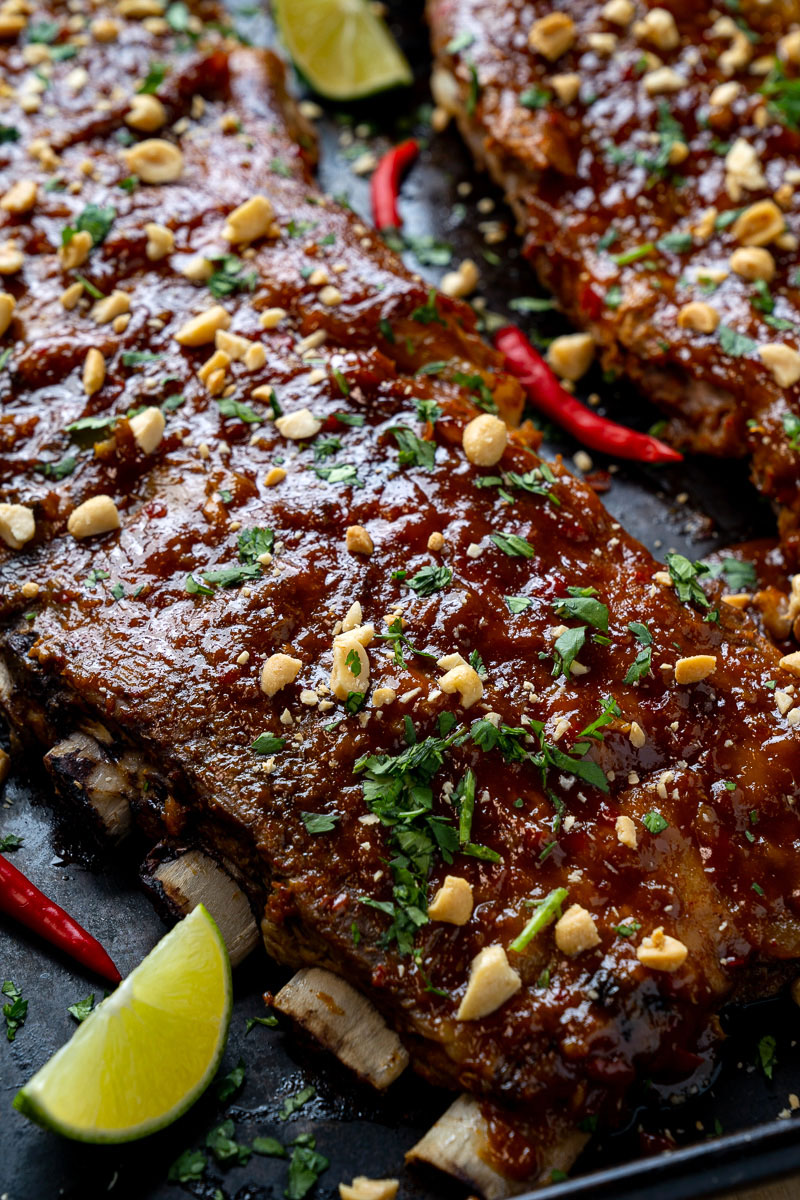 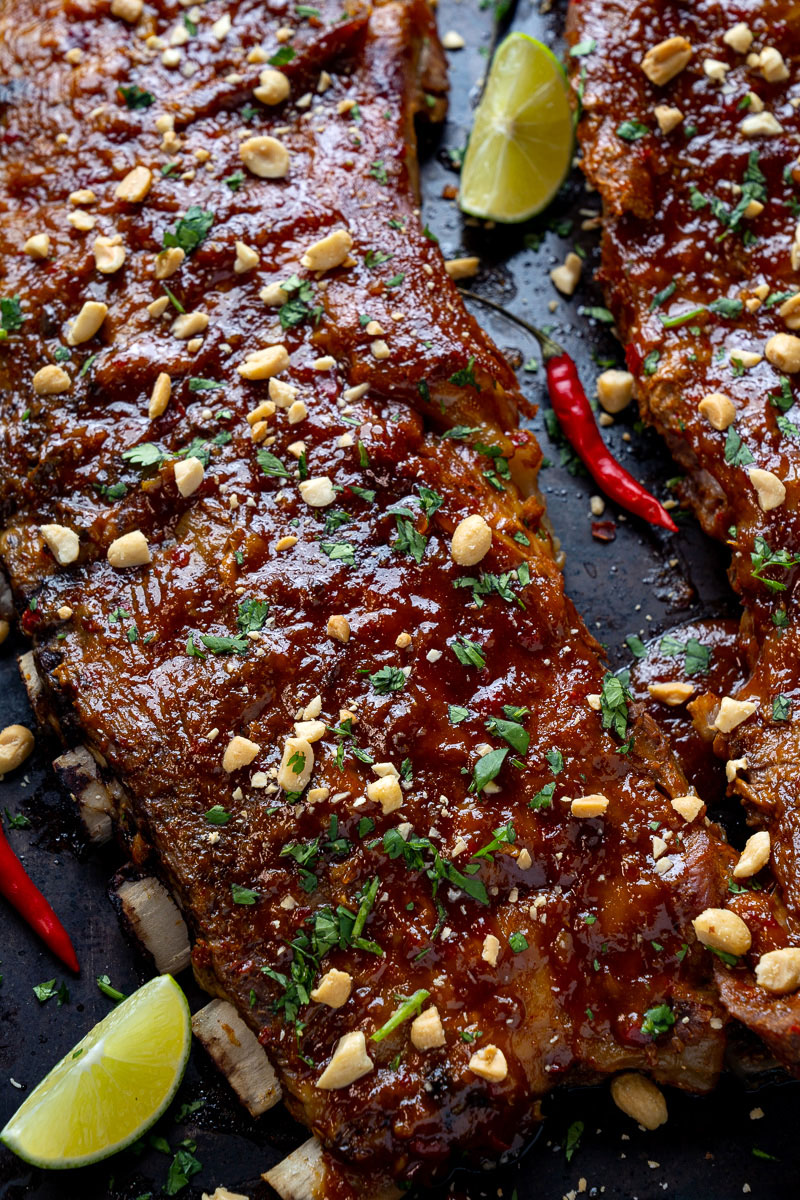 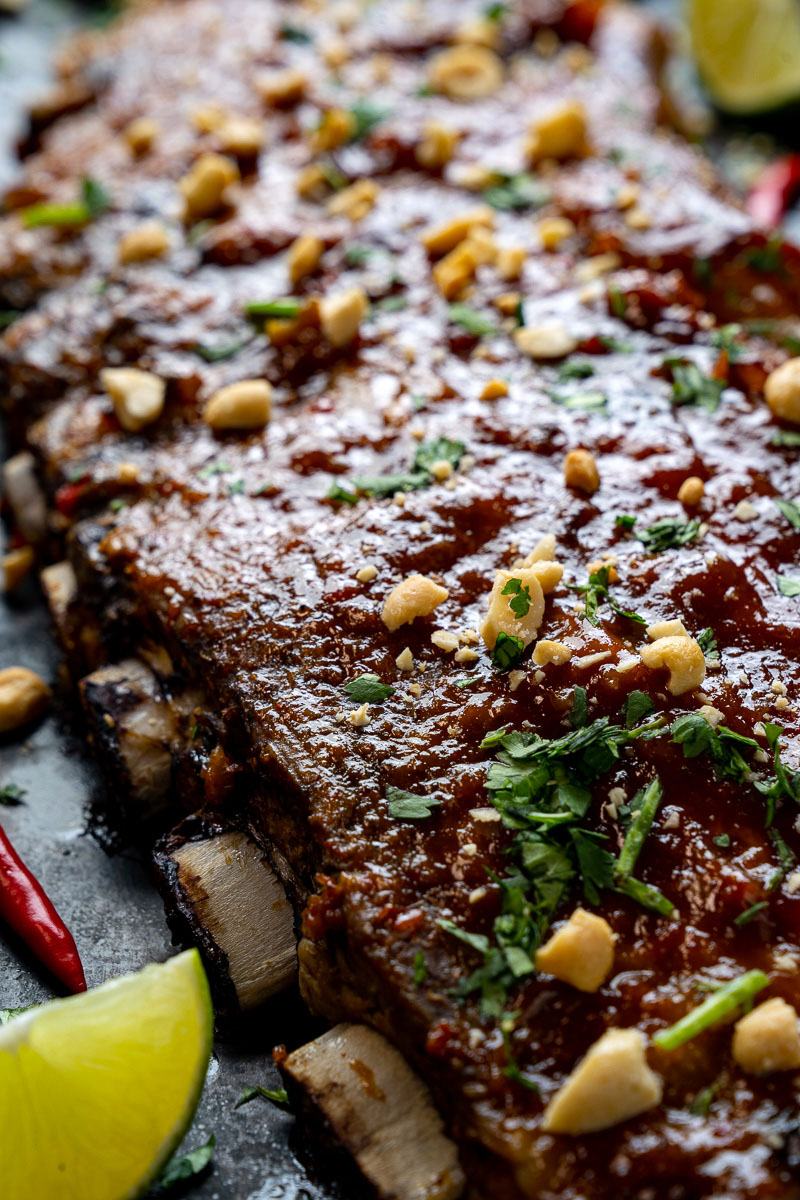 For the BBQ sauce:

For the BBQ sauce:

Option: Skip marinating the ribs and just throw them into the slow cooker!
Tip: If the ribs are a little too tall and the lid does not fit onto the base of the slow cooker snugly, wrap the lid around the slow cooker with aluminum foil to trap in the heat and moisture!
Nutrition Facts: Calories 1008, Fat 74g (Saturated 25g, Trans 0), Cholesterol 222mg, Sodium 1144mg, Carbs 19g (Fiber 3g, Sugars 15g), Protein 69g
Nutrition by: