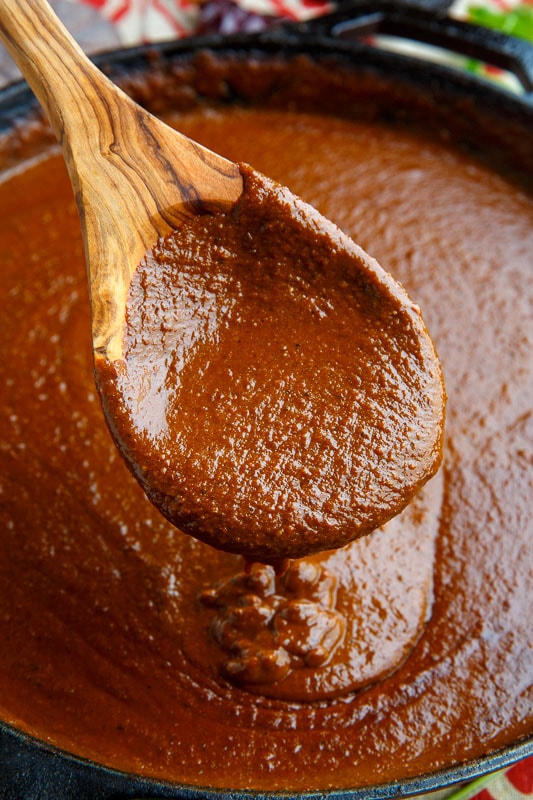 A thick, velvety and tasty chocolate mole sauce that is packed with flavour!

Mole sauce is one of the greatest foods ever! It’s a Mexican style sauce that traditionally contains many ingredients including chilies and chocolate! Yeah, chocolate! I’m in! This is a relatively quick and easy version that you can make at home and you’ll be licking the sauce pan, the spoon and the plates clean!
Mole is both the name of the sauce and the dishes that use the sauce. There are many kinds of Mole sauce and outside of Mexico it usually refers to mole poblano which traditionally includes chilies, nuts, spices, fruit and chocolate, it has a dark colour and it is often served with chicken and/or turkey.
A good mole recipe contains over 20 ingredients and it takes a lot of time to make, but fear not, for over the years I have streamlined my favourite mole recipe to take a lot less time! It still takes some time but it’s really easy, so lets get started!
You start out by toasting some dried chilies and soaking them in water before pureeing them. Next up is roasting the fresh ingredients: tomatoes, tomatillos, onions and garlic to char them, which adds flavour. There are a bunch of nuts and seeds including sesame seeds, pepitas, peanuts and almonds that are toasted and ground along with spices which are also toasted and ground. The star of the show is the Mexican chocolate along with a touch of sugar for sweetness. Everything is pureed into a sauce which is simmered to bring out the flavours and thicken and you are ready to enjoy it!
Mole sauce is velvety smooth, thick and just packed with layer of flavours! You can use mole sauce like a salsa o or in tacos, quesadillas, burritos, etc and it’s great for braising meats in or just pouring over! No matter what you use it on it is sure to delight! Take a look below the recipe for a few recipe ideas to use the mole sauce in! 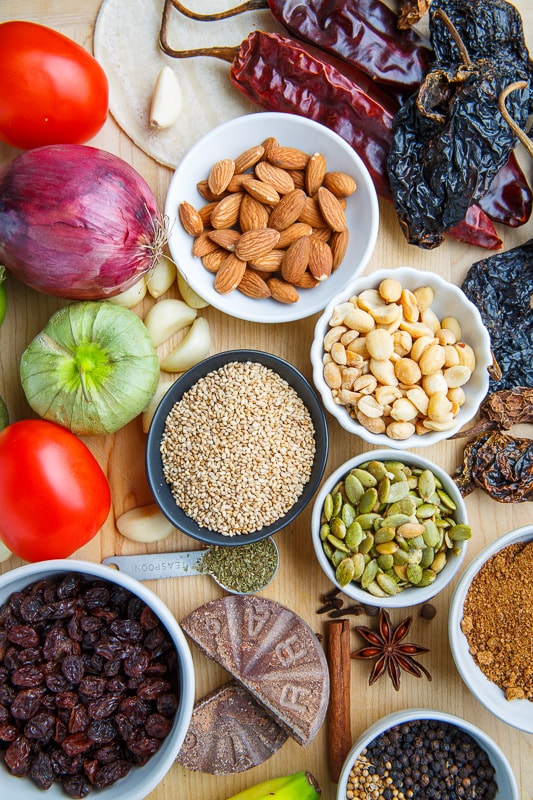 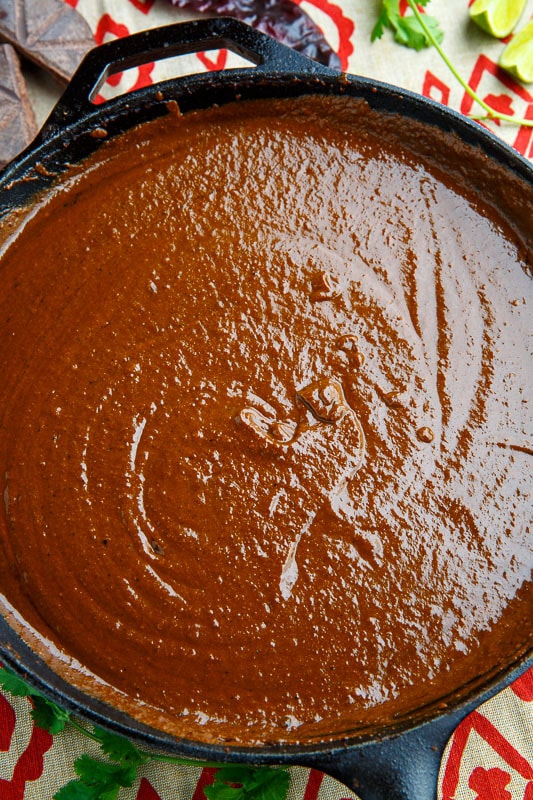 What is Mexican Mole?
Mole is both the name of a Mexican style sauce and the dish made with the sauce. There are actually many kinds of mole with the the most common one being Mole poblano which can contain more than 20 ingredients including chilies and chocolate. This is a recipe for Mole poblano that can be make at home! 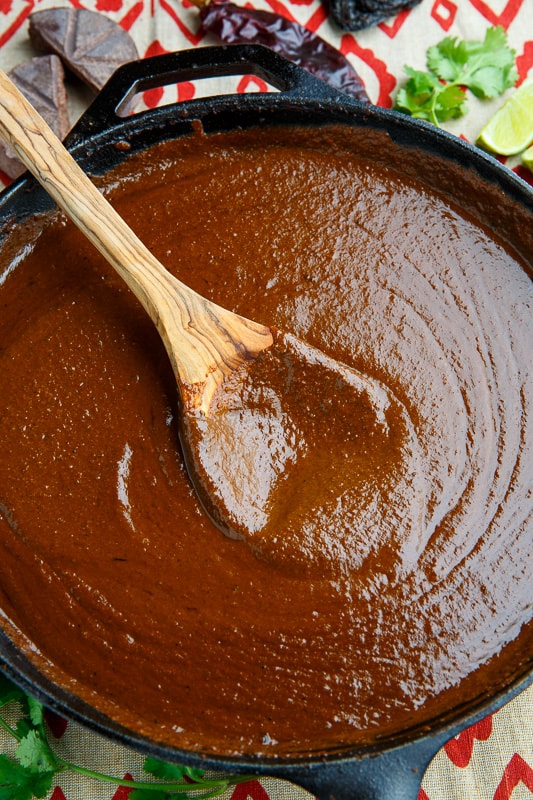 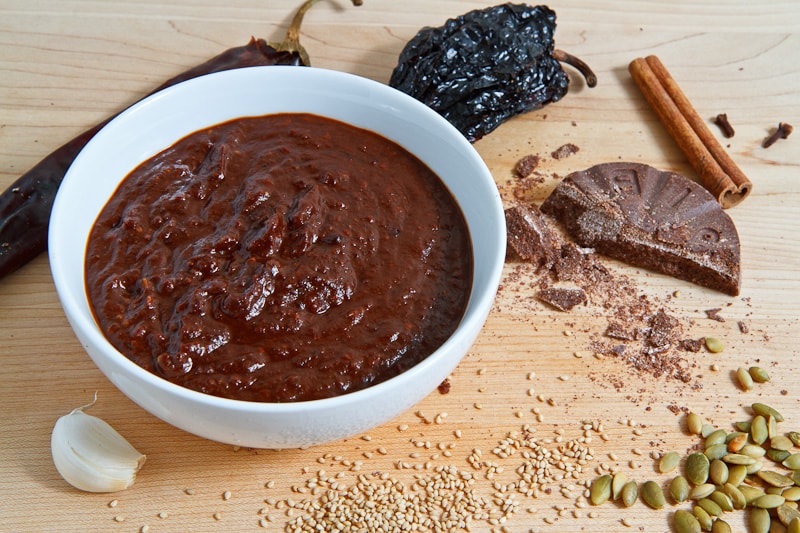 A thick, velvety and tasty chocolate mole sauce that is packed with flavour!