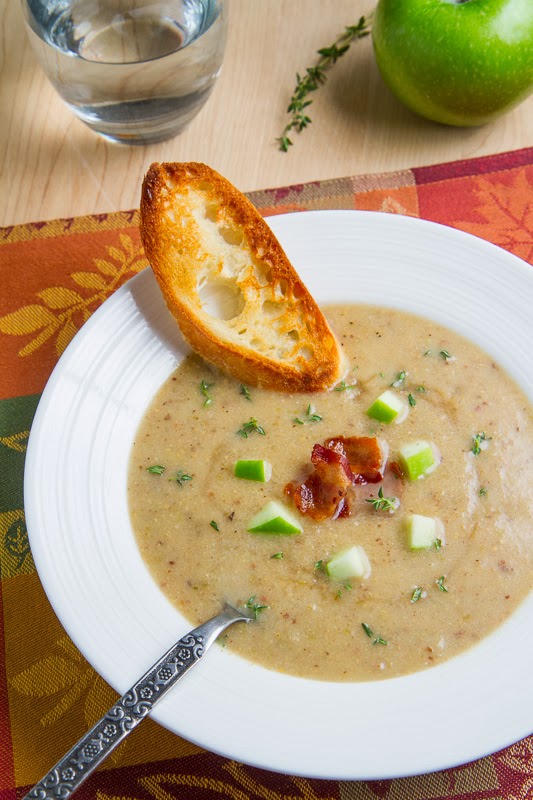 For my next apple recipe I continue with my apple and cheddar theme in this tasty roasted apple and cheddar soup! This apple and cheddar soup could not be easier, you start out by roasting some apples to bring out even more flavour and then the apple flavours continue with the use of apple cider as part of the soups liquid base. A ham broth goes particularly nicely in this soup as the main liquid but otherwise a chicken broth or even a vegetable broth would also work. Of course the second star of the show is a nice aged white cheddar which really packs in the flavour so you do not need a lot of it. I have to say that this soup is a truly beautiful blending of sweet and savoury and I like to finish it off with a touch of grainy mustard and maple syrup to really bring the effect home! 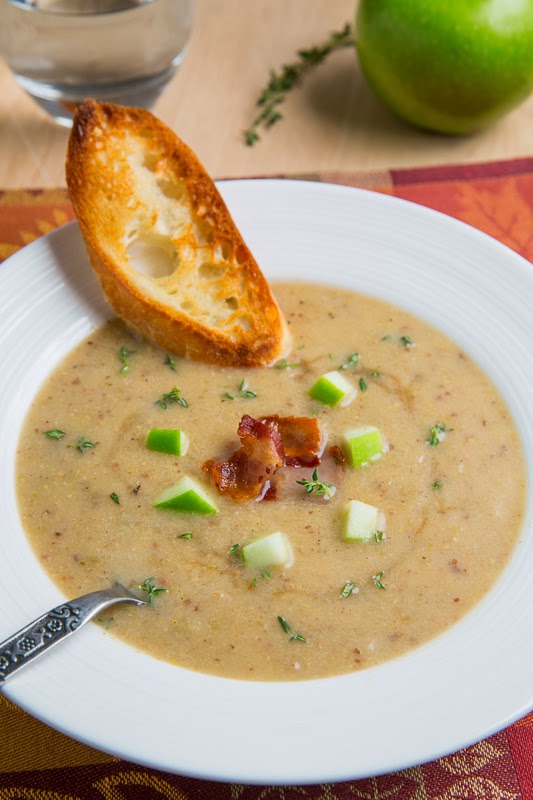 For the bacon addicts out there, this apple and cheddar soup is amazing with a garnish of crispy bacon! 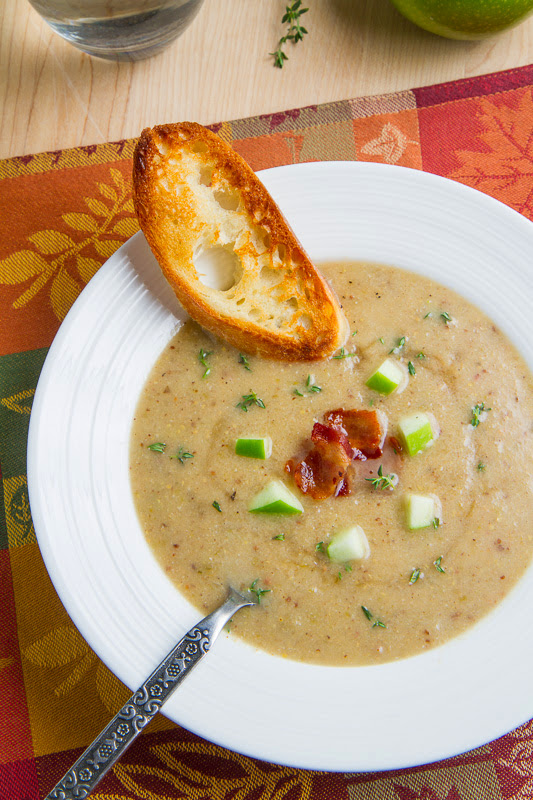 For Slow Cooker: Implement step 1, optionally implement steps 2 & 3, place everything but the milk and cheese in the slow cooker and cook on low for 6-10 hours or on high for 2-4 hours before mixing in the milk and cheese, letting the cheese melt and then pureeing the soup.
Option: Serve with cooked and crumbled bacon or diced ham.
Option: Serve with fresh diced apple.
Option: Serve with a drizzle of maple syrup.
Nutrition Facts: Calories 382, Fat 18g (Saturated 8g, Trans 0), Cholesterol 44mg, Sodium 408mg, Carbs 43g (Fiber 5g, Sugars 31g), Protein 14g
Nutrition by: