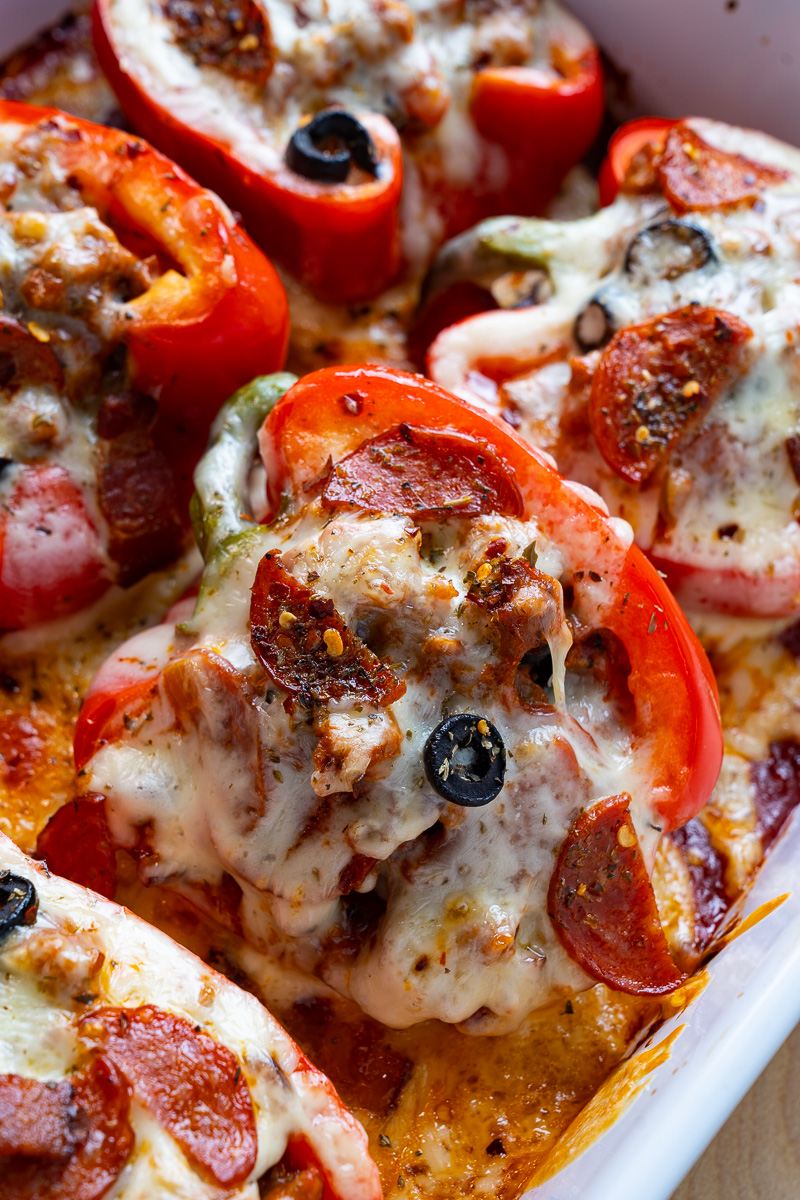 Tender stuffed peppers filled with all of the flavours of a meat lovers pizza including sausage, pepperoni and bacon all topped with plenty of melted cheese!

Stuffed bell peppers can often be a fun meal, especially when you stuff them with some amazing flavours like the flavours in a meal lovers pizza! Pizza topped with plenty of meat, such as crumbled Italian sausage, pepperoni and bacon, is one of my favourites and it makes for a super tasty filling for stuffed peppers! This recipe starts out with cooking the three kind of meat, followed by mixing in some pizza sauce, stuffing it all into halved bell peppers, topping with cheese and baking! They are that easy to make! Since the meat has already been cooked, you really only need to bake until the peppers are as tender as you want them to be and by then the cheese will have melted be be all sorts of ooey gooey and good! These meat lover stuffed peppers are amazing and you can change things up with the filling by making it a mixture of your favourite pizza toppings! 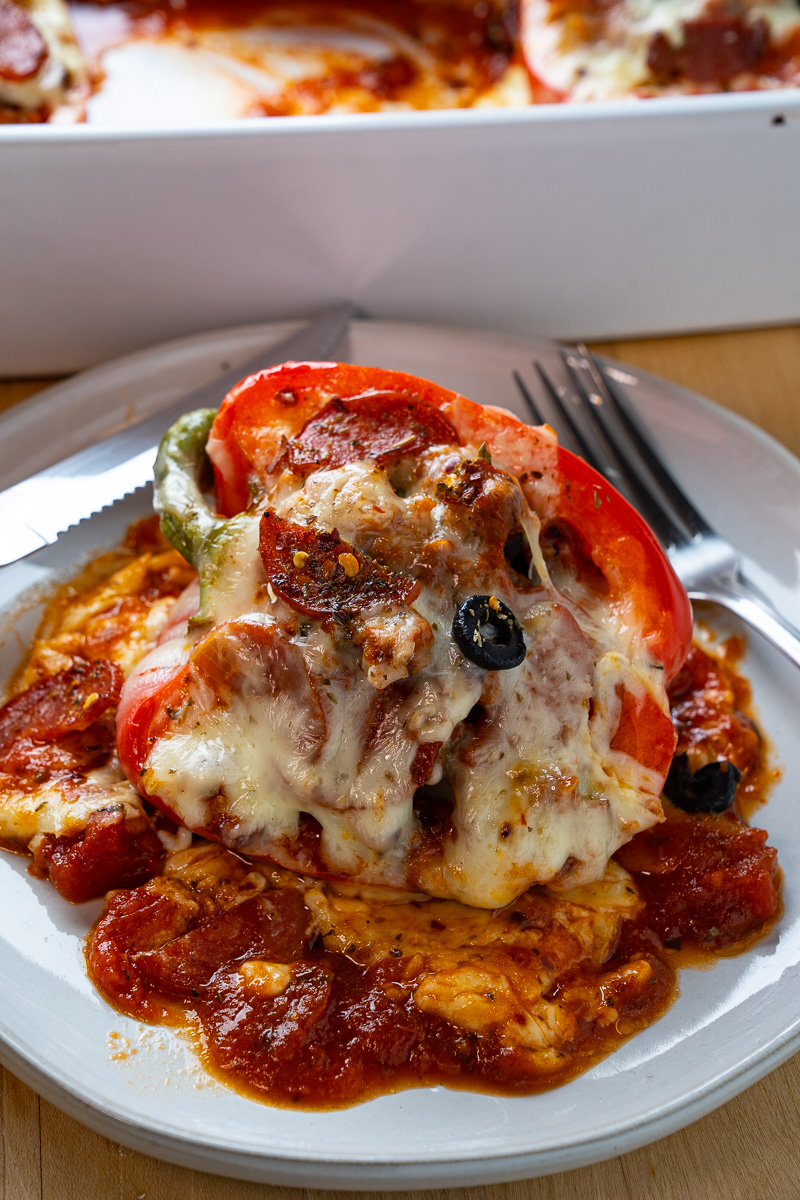 I like to sprinkle some oregano and red pepper flakes over the top! 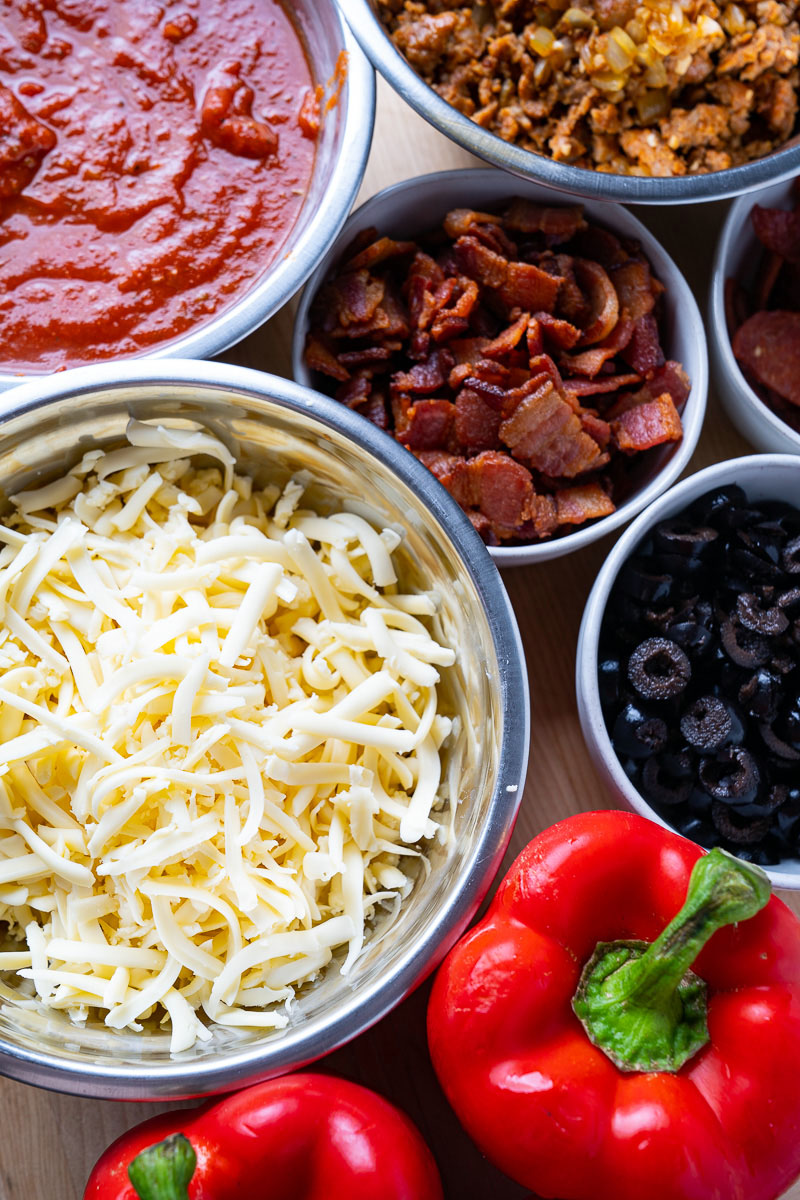 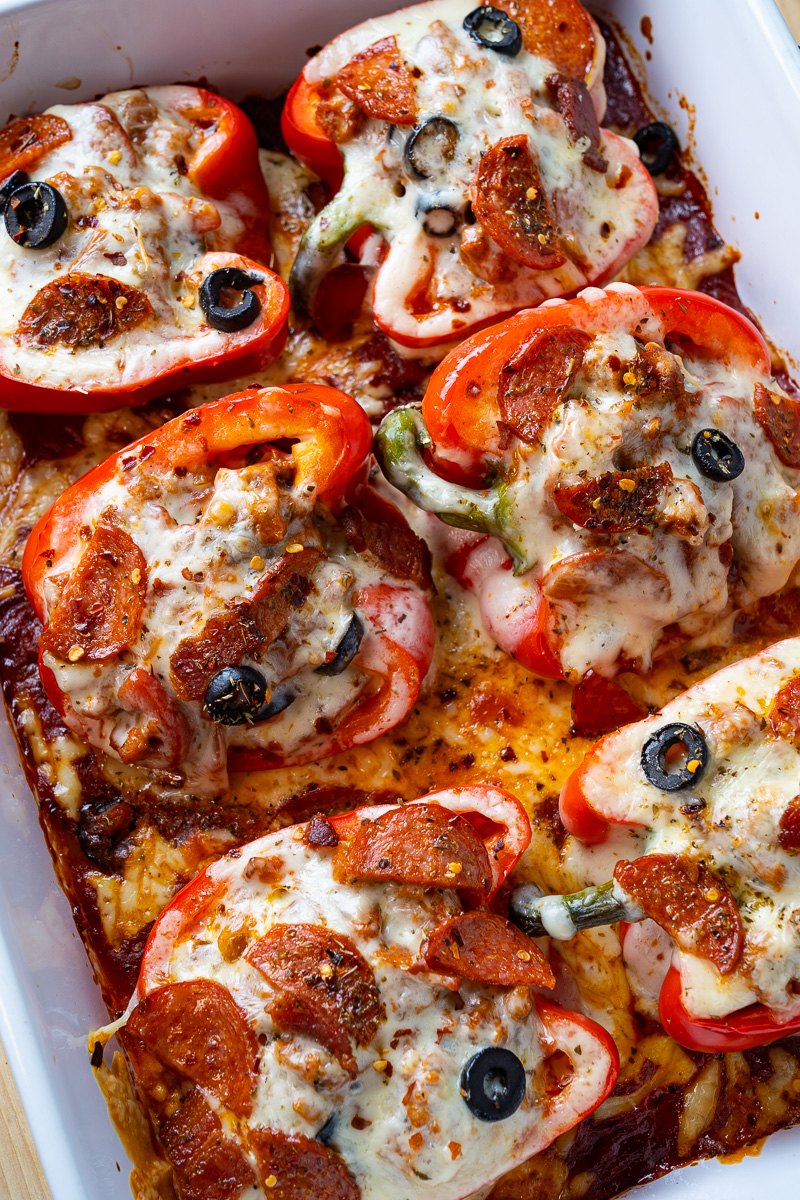 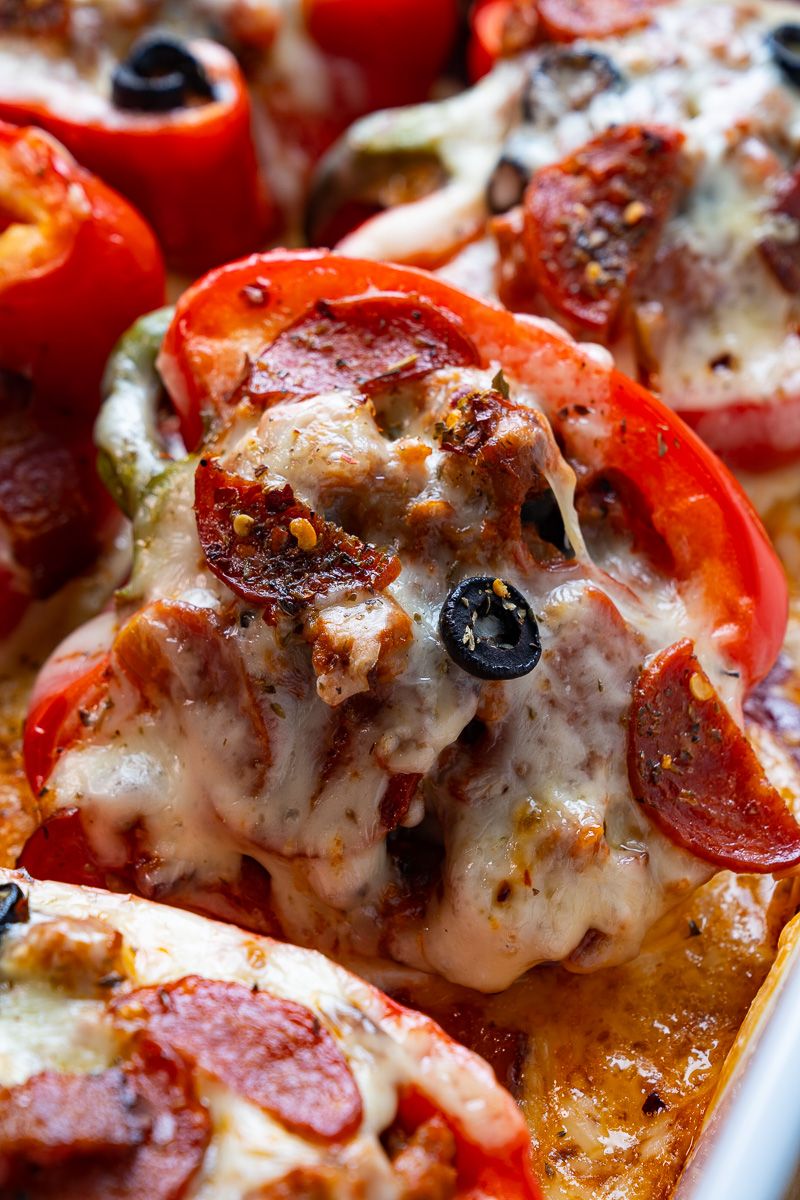 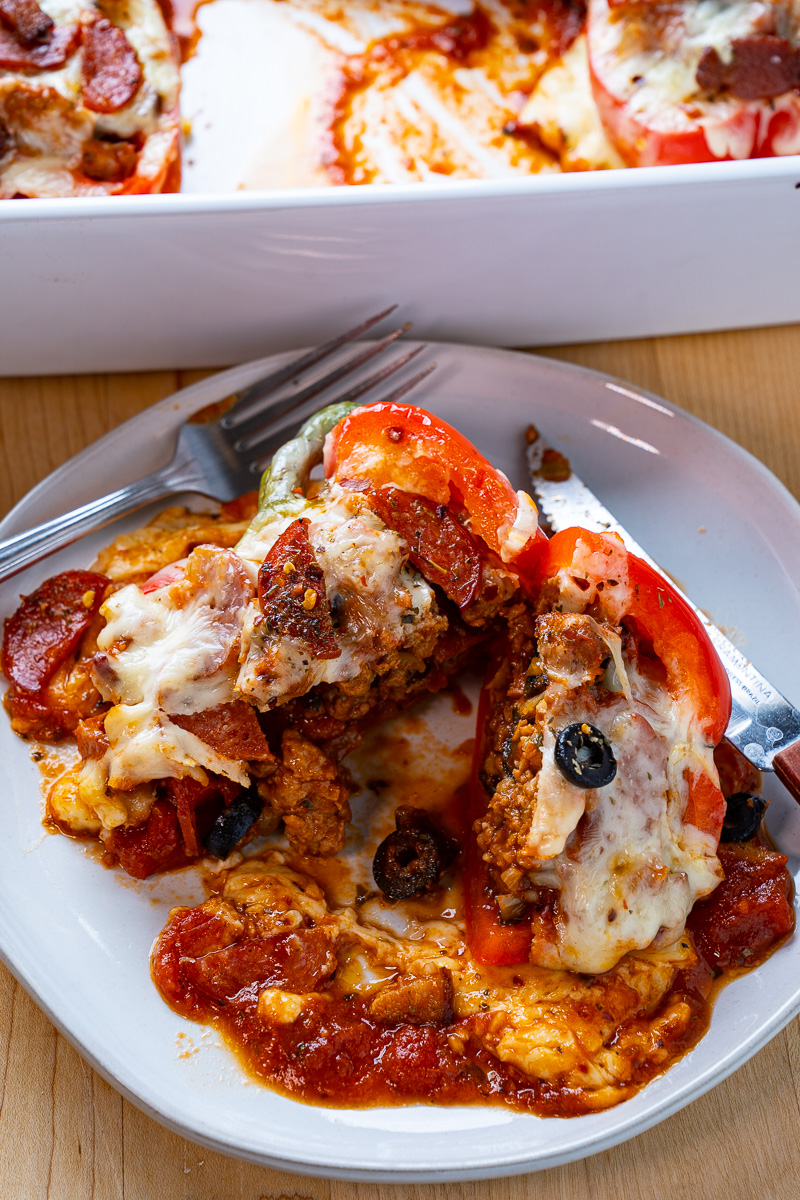 Tender stuffed peppers filled with all of the flavours of a meat lovers pizza including sausage, pepperoni and bacon all topped with plenty of melted cheese!