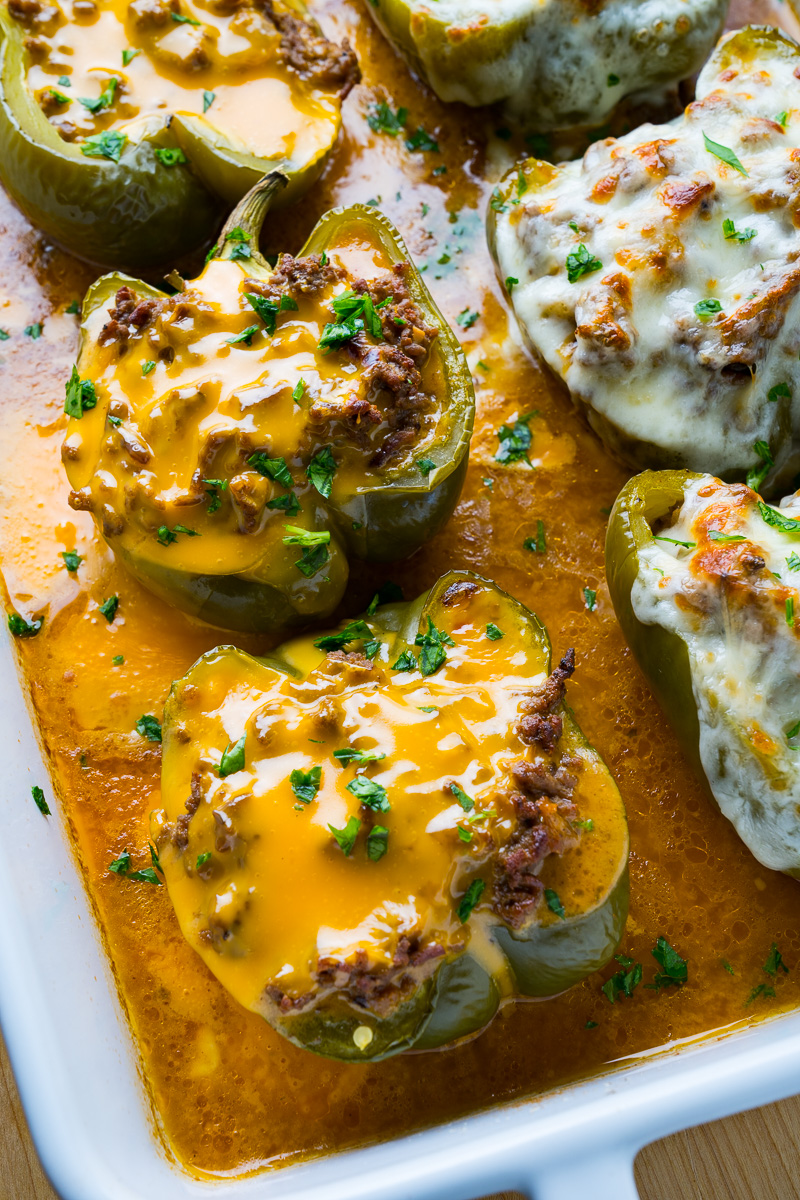 Easy stuffed peppers with all of the flavours of Philly cheesesteaks!

Philly cheesesteak sandwiches are a favourite of mine and I like to use their flavours in other dishes like these cheesesteak stuffed peppers! Cheesesteaks are sandwiches filled with thinly sliced beef that is grilled along with onions and stuffed into a bun with either cheese whiz or provolone! One common addition to these sandwiches is sauteed peppers and an idea that I had was to switch things up by stuffing peppers with the rest of the ingredients! I like to use ground beef rather than the thinly slice steak for these stuffed peppers, and it’s cooked with onions in addition to some tasty seasonings like garlic, Worcestershire sauce, and Montreal steak seasoning before being stuffed into peppers and baked! When the peppers are tender the cheese is added and they are returned to the oven until the cheese melts all nice and ooey and gooey! Yum! This recipe is super easy to make and oh so good! 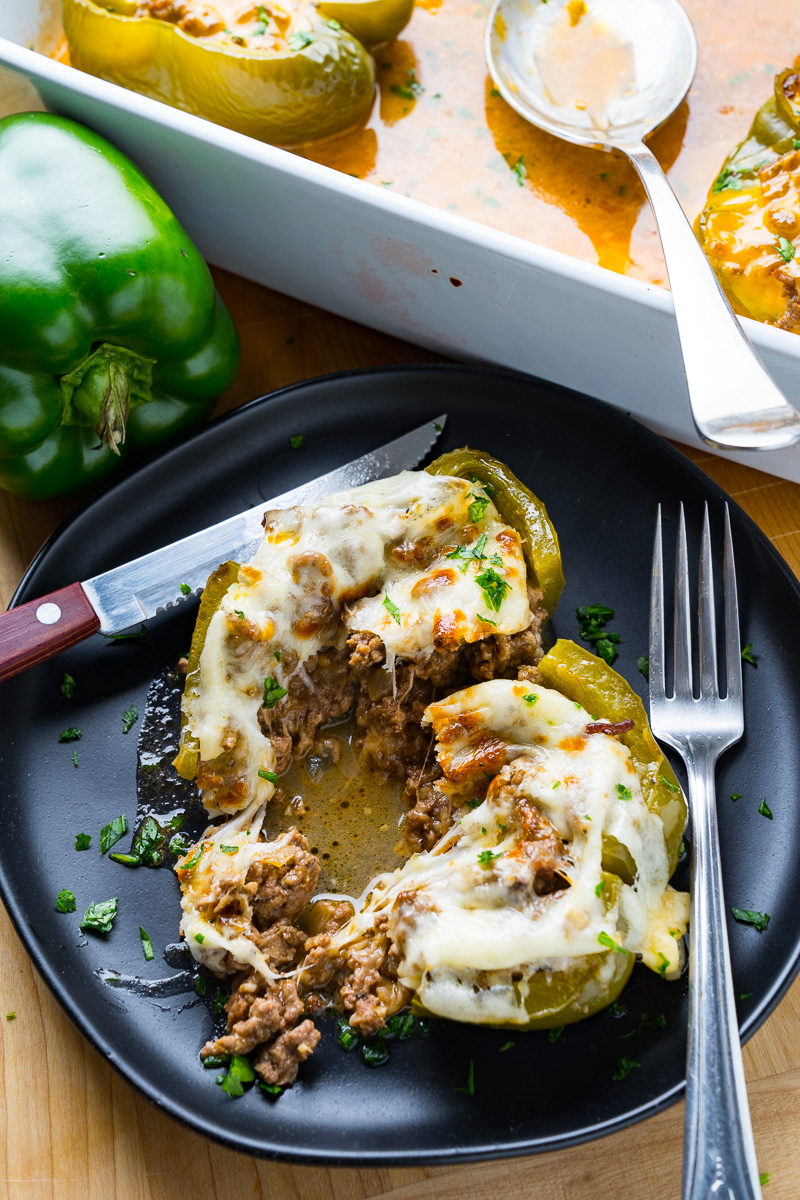 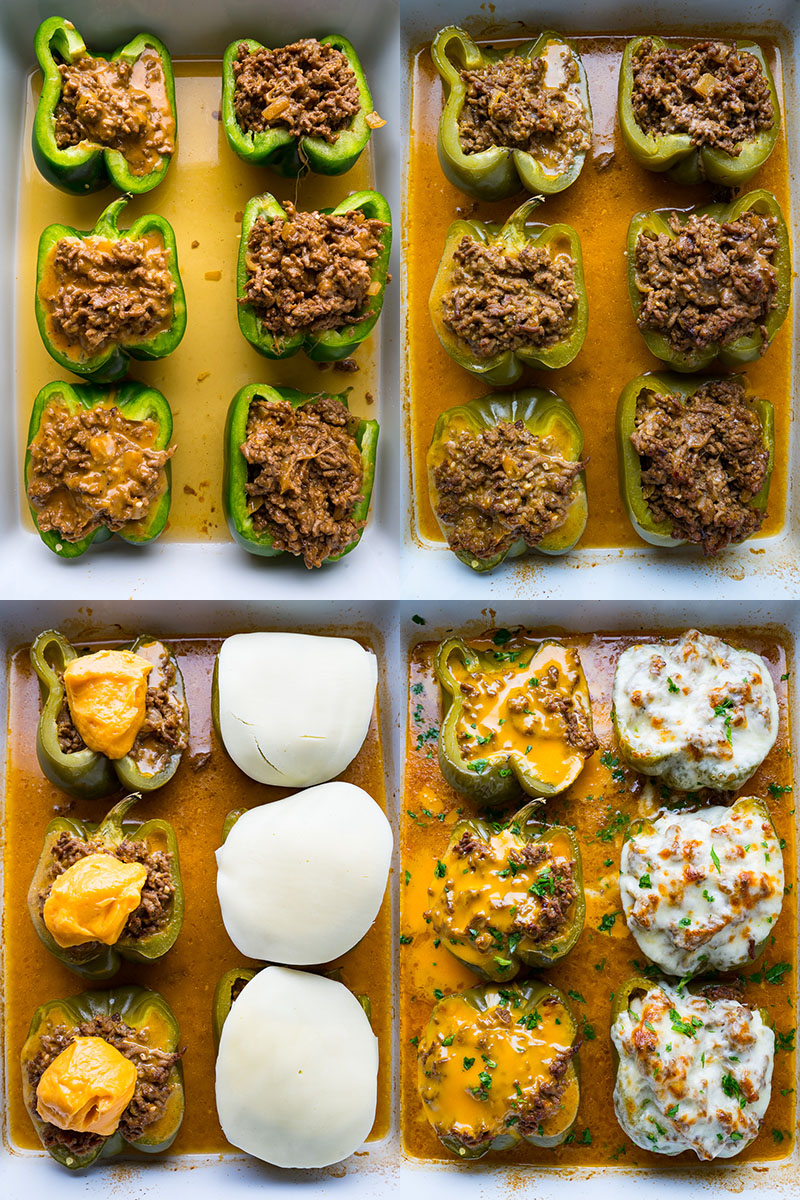 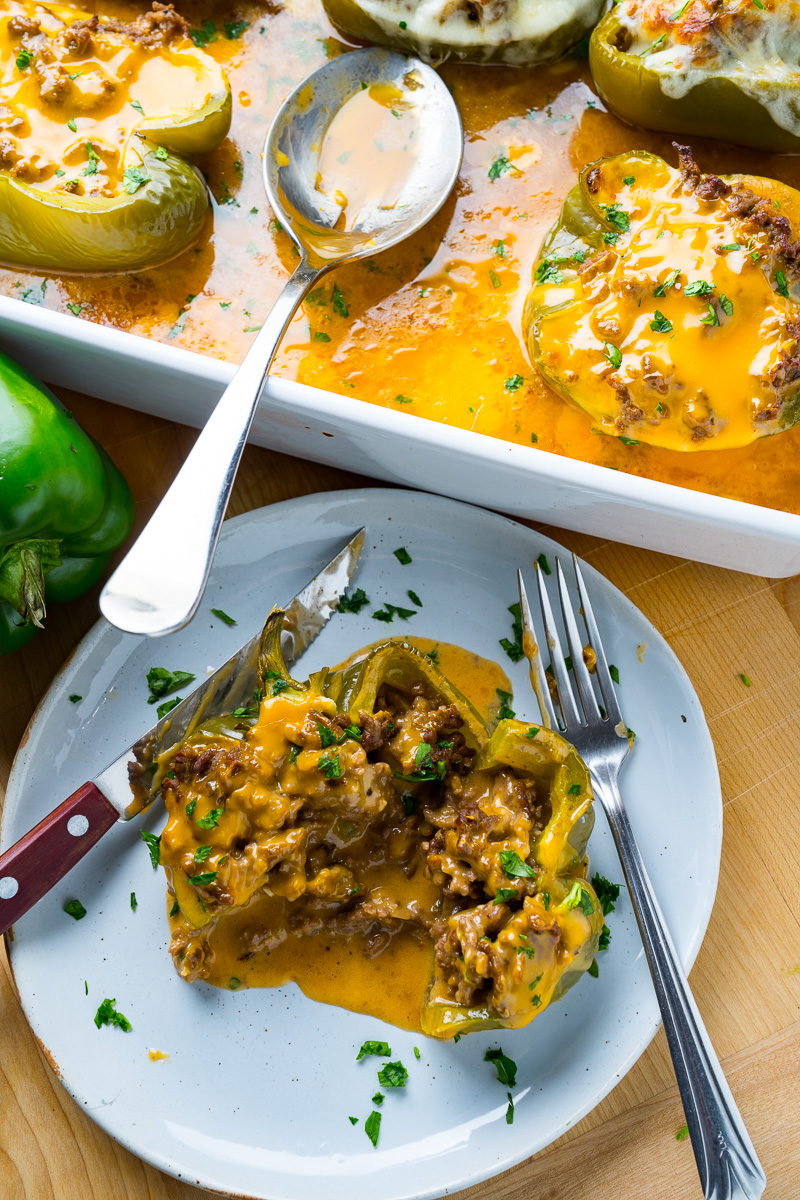 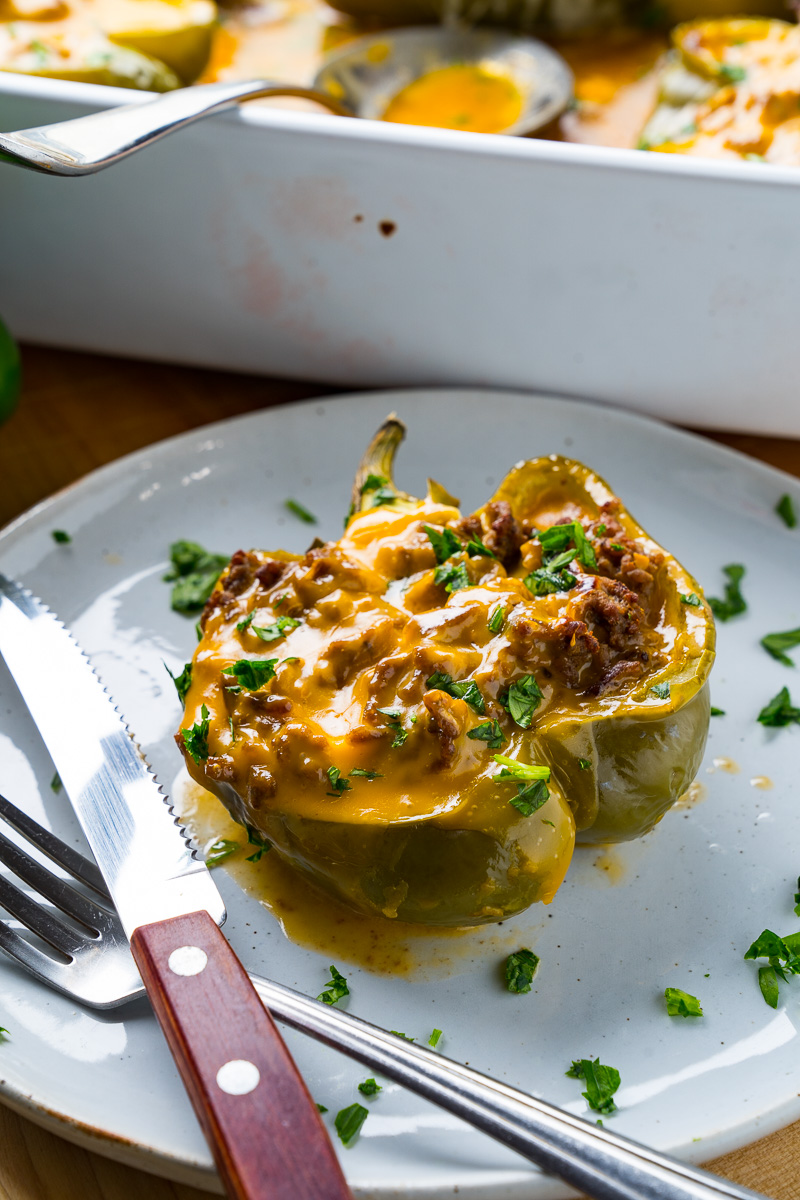 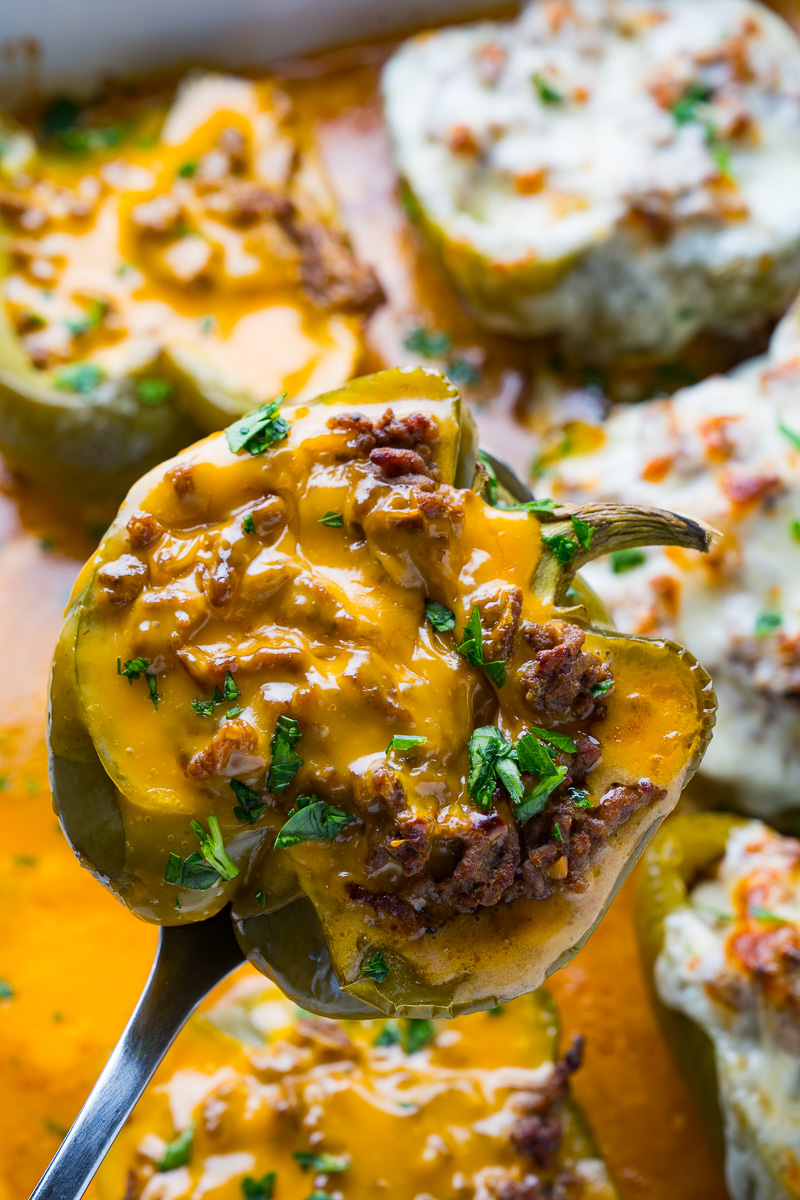 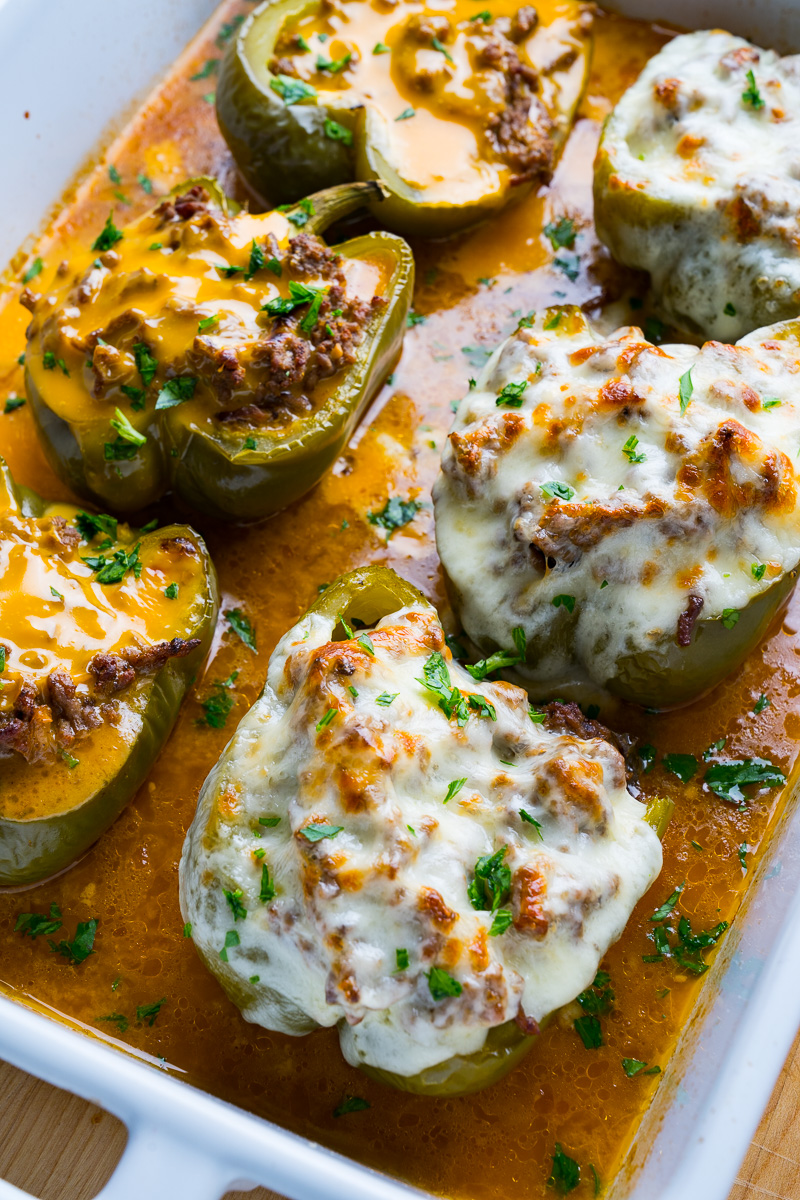 Easy stuffed peppers with all of the flavours of Philly cheesesteaks!