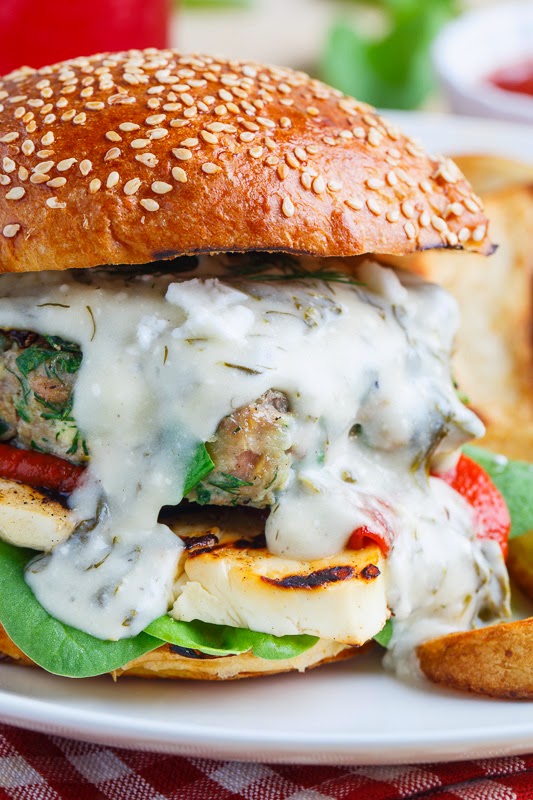 Spanakopita is a tasty Greek phyllo spinach and feta pie and I was thinking that the flavours would also be amazing in burger form; just perfect for summer grilling! I kept the patties nice and simple and yet packed them with flavour starting out using chicken for the base, though turkey would also be good, and I mixed in plenty of spinach and feta, along with some dill and green onions. Now these spinach and feta patties are super tasty just like this and I could easily eat them alone, or in burgers with lettuce, tomato and red onion as I had planned but I could not resist kicking things up a bit.
First off, I feel that every good burger should have bacon but it did not really fit the theme of these burgers so I went for the next best thing, grilled halloumi, which is almost as good as bacon and also an ingredient commonly seen in Mediterranean cuisine. Up next was a no brainer, roasted red peppers; and with that I thought that I was done but something kept nagging me… where was the cheese sauce? <spookyvoice>This burger needs a cheese sauce…</spookyvoice> Alright so I added a cheese sauce, a spanakoptia themed cheese sauce, starting with a bechamel base adding plenty of melted feta along with spinach and dill. With that final component my spanakoptia themed burgers, aka my spinach and feta chicken burgers with grilled halloumi, roasted red peppers and a spinach and feta sauce, were complete! 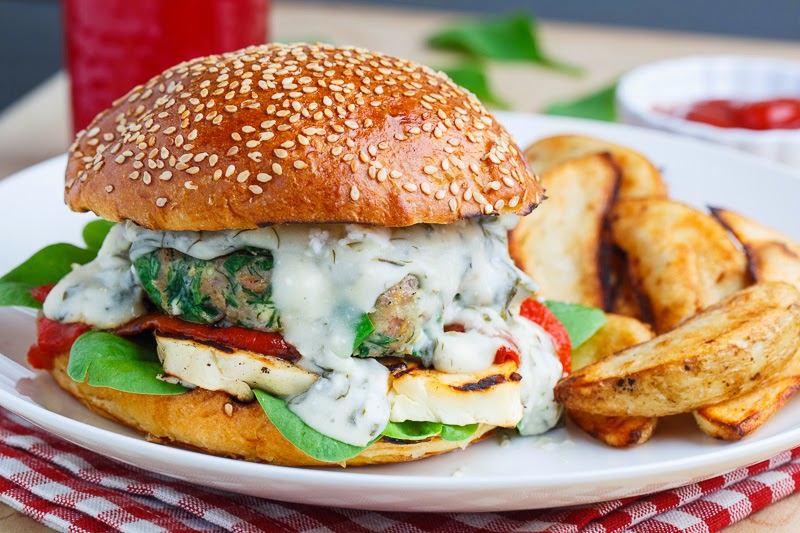 Just look at all of that tasty, ooey and gooey spinach and feta cheese sauce! 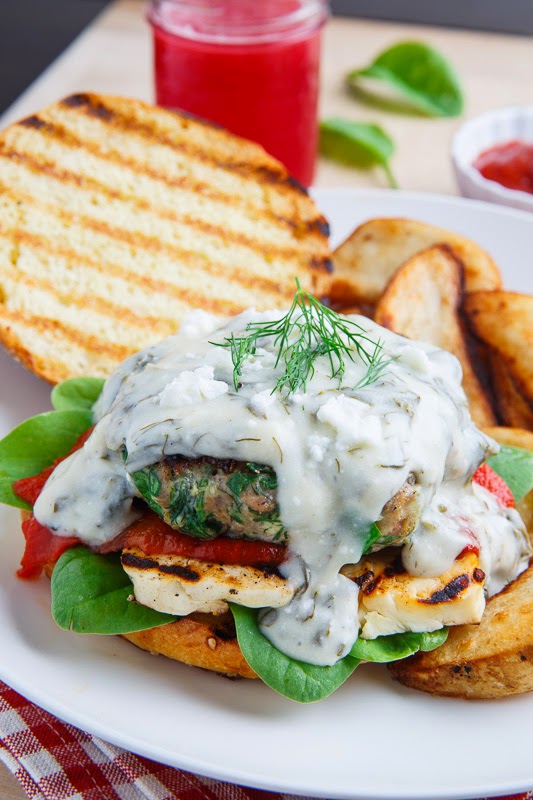 Now that’s a mouthful! (Both the burger and it’s name!) 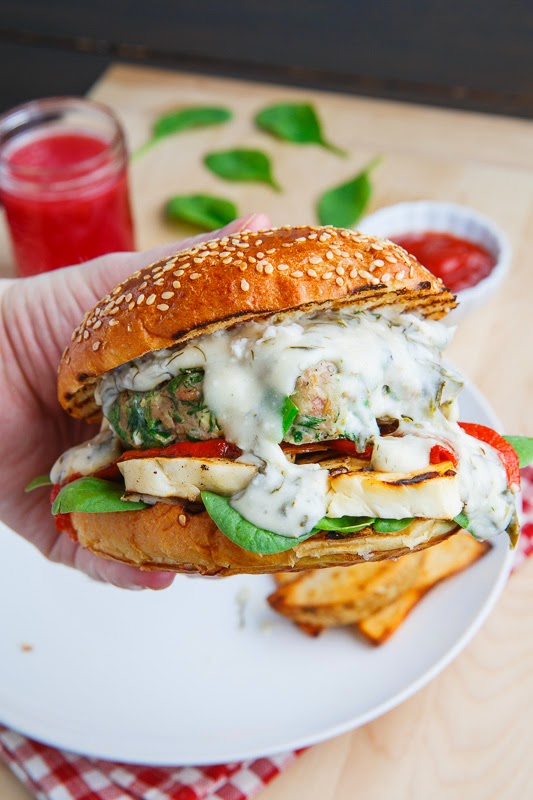