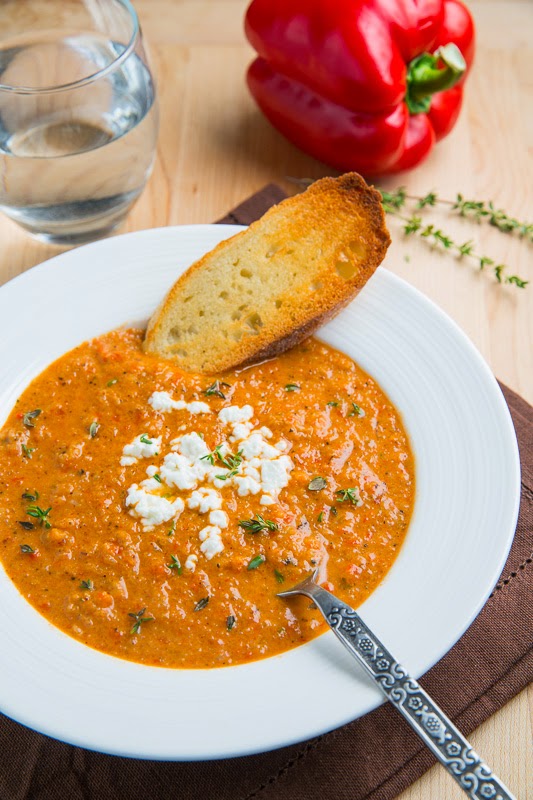 Soup season is definitely here and do I ever have a tasty one to share with you today, a creamy roasted cauliflower and red pepper soup! The original idea behind this soup was for a creamy roasted red pepper soup but I figured that I would keep things a little on the healthier side by using pureed cauliflower to add the creaminess and to help thicken the soup up a bit. Roasted red peppers and cauliflower are a great combo and another thing that I like to combine with roasted red peppers is tangy goat cheese which also further adds to the creaminess of the soup. Like a lot of great soups, this one is super easy to make where you really just need to roast the red peppers and cauliflower, saute some onions, add the broth and goat cheese, and heat up before pureeing. I added one final touch to the soup and that was a bit of paprika to add a hint of smokiness! 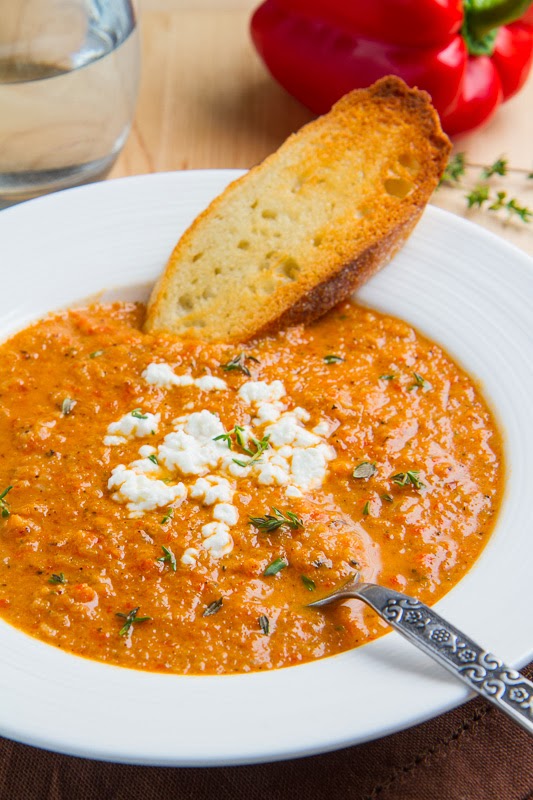 I know what a few of you are thinking right about now and that is: “But Kevin, where is the bacon?” and fear not as this soup is also amazing topped with a mixture of crispy fried pancetta, sauteed apples and crispy croutons. To make this topping simply cook the pancetta in a pan until crispy followed by cooking the apples in the same pan until tender and caramelized and then toss the some diced day old bread in the pancetta drippings and toast them until crispy. 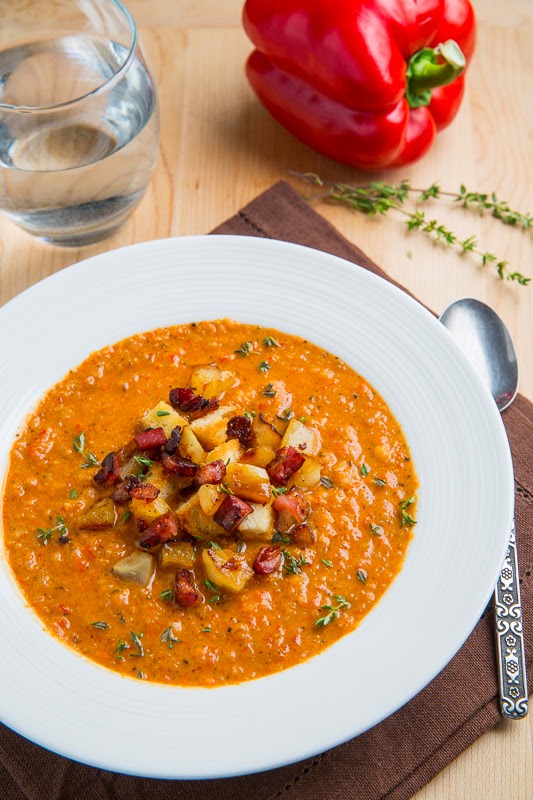 Of course it is always nice to get some extra goat cheese in there by sprinkling some on top as well! 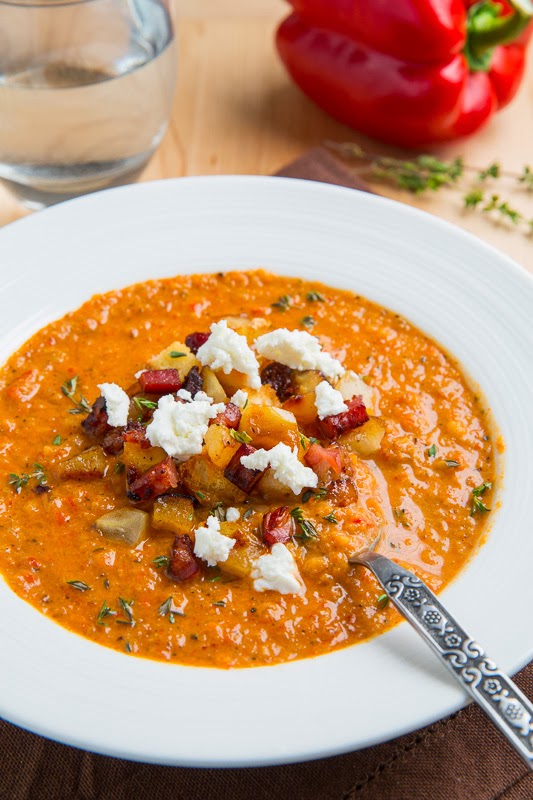 For Slow Cooker: Implement steps 1 & 2, optionally implement steps 3 & 4, place everything except the cheese in the slow cooker and cook on low for 6-10 hours or high for 2-4 hours before pureeing and mixing in the cheese while the soup is still hot so that it melts.
Option: Use jarred or frozen roasted red peppers to save some time.
Option: Use a can of white beans as the thickener instead of the cauliflower.
Option: Replace one cup of broth with cream or milk.
Nutrition Facts: Calories 328, Fat 16g (Saturated 6g, Trans 0), Cholesterol 20mg, Sodium 517mg, Carbs 30g (Fiber 7g, Sugars 14g), Protein 17g
Nutrition by: