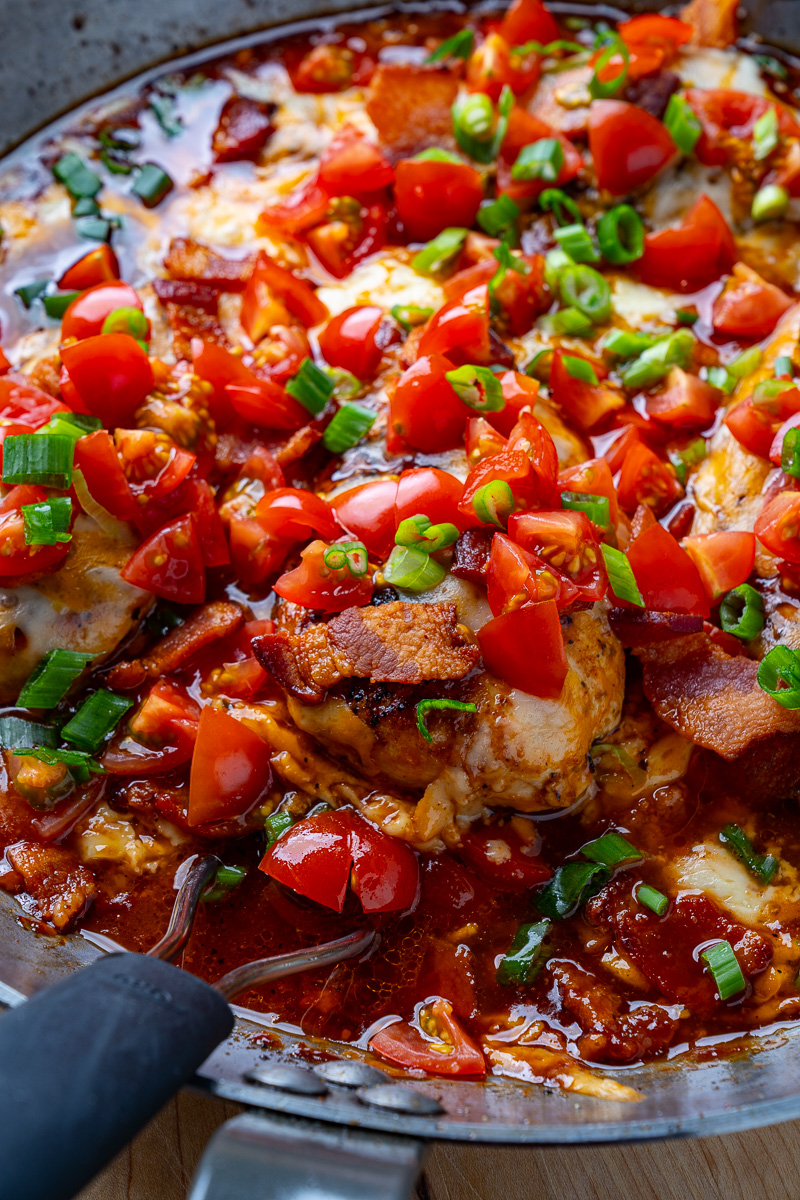 I recently came across some recipes for Monterey chicken on Pinterest and it looked so good that I had to try it! I can’t say that I have ever been to a Chili’s Restaurant and apparently this is a copycat recipe for Chili’s Monterey chicken. You really just can’t go wrong with pan seared chicken smothered in BBQ sauce and melted cheese with a sprinkling of bacon and fresh diced tomatoes and it was only natural that I had to try to make it myself! This recipe is super easy! You simply cook the chicken in a pan, add some BBQ sauce, along with some chicken broth to get a nice sauce, before sprinkling on the cheese and transferring to the oven to bake until the cheese has melted! Once it’s done you add the bacon and fresh tomatoes and you have a tasty meal in less than 30 minutes, which is plenty of time to steam a veggie (or make a salad) and cook some rice or pasta! 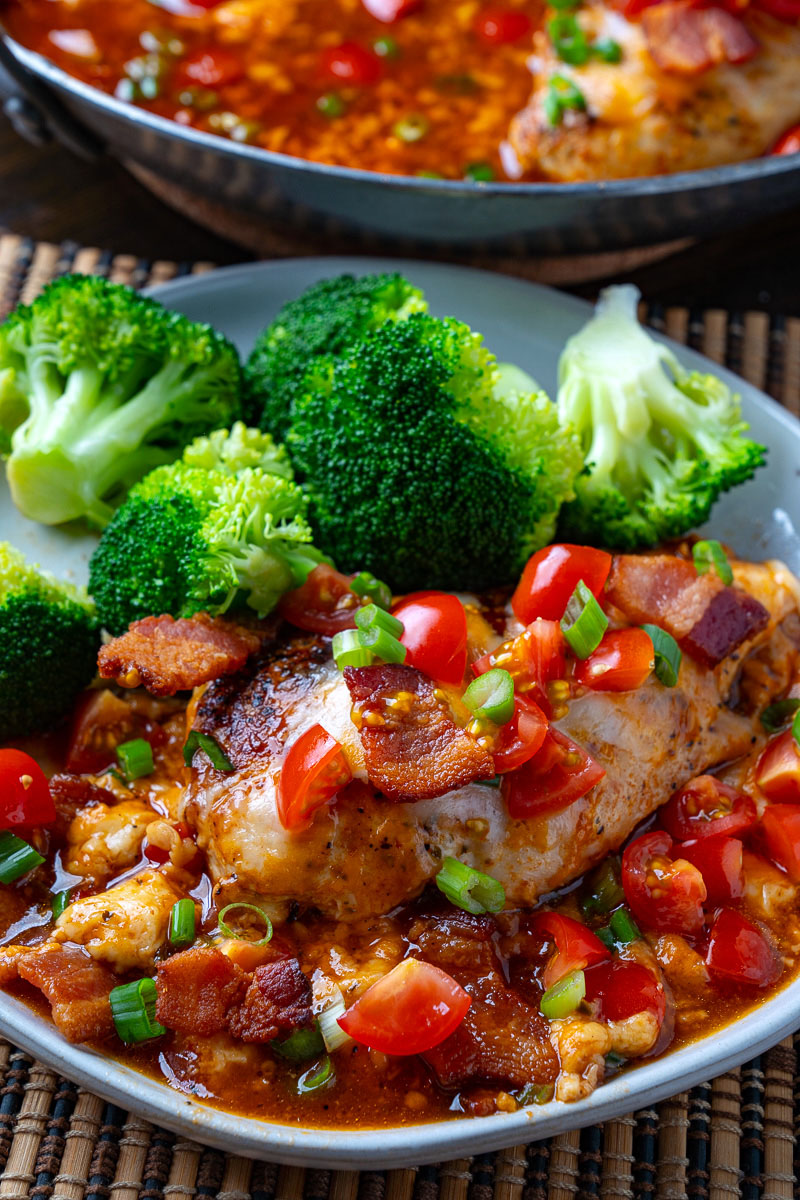 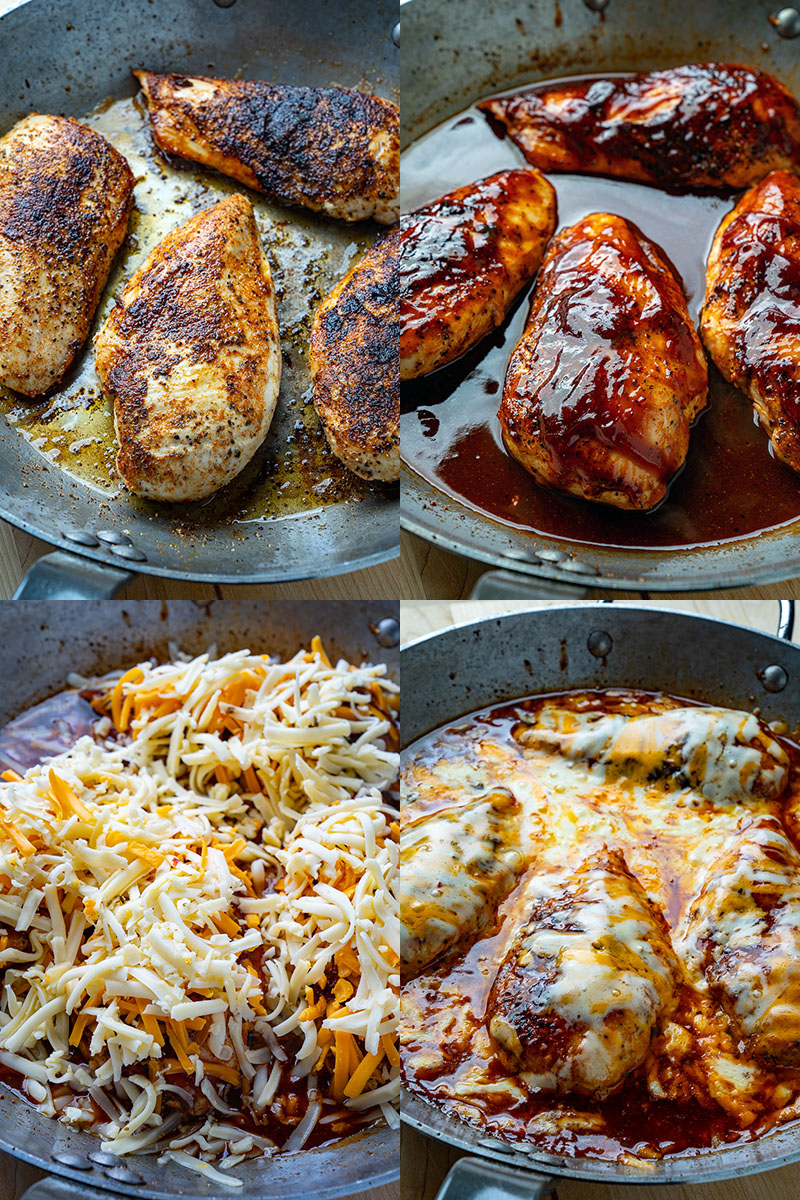 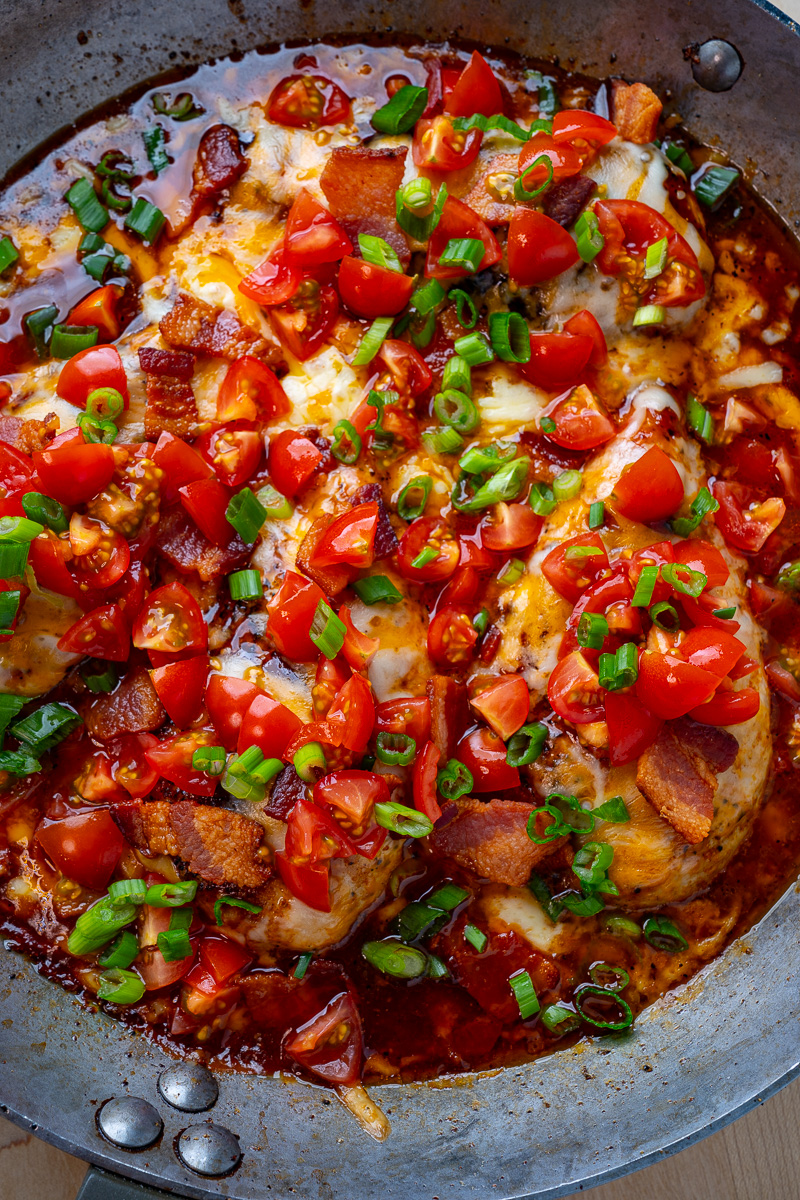 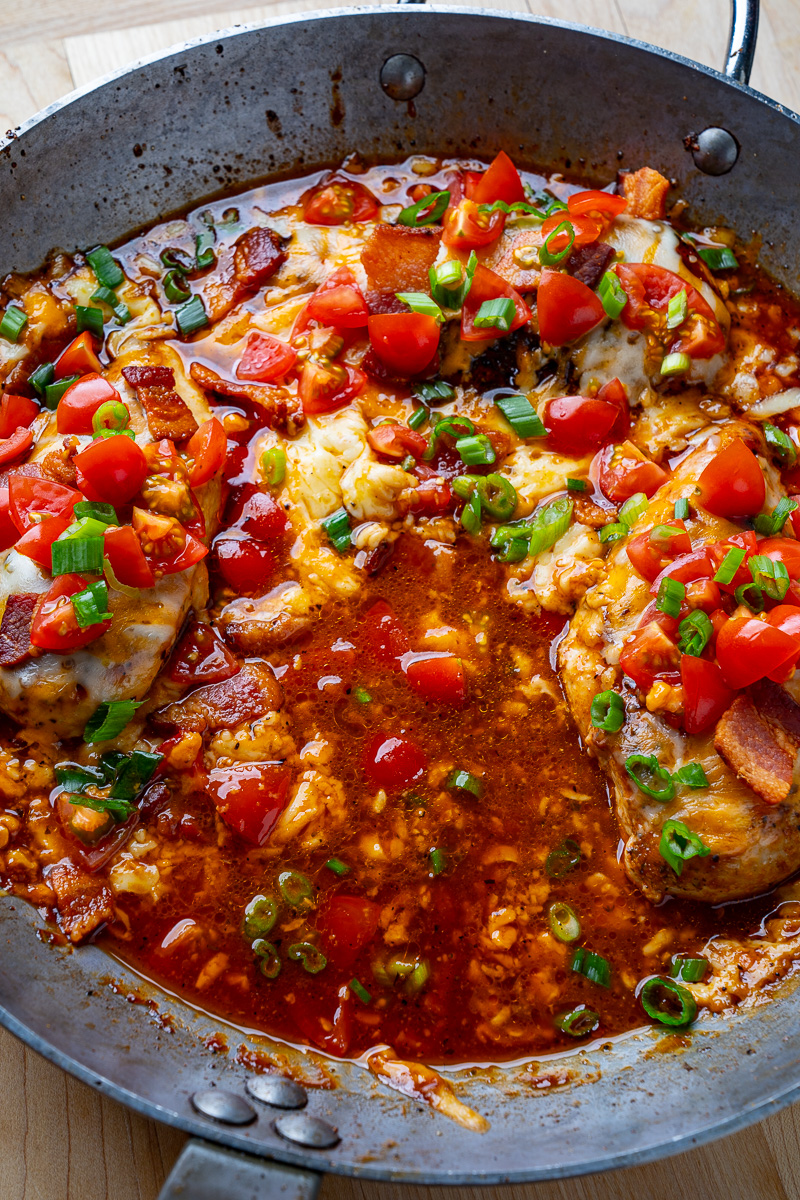 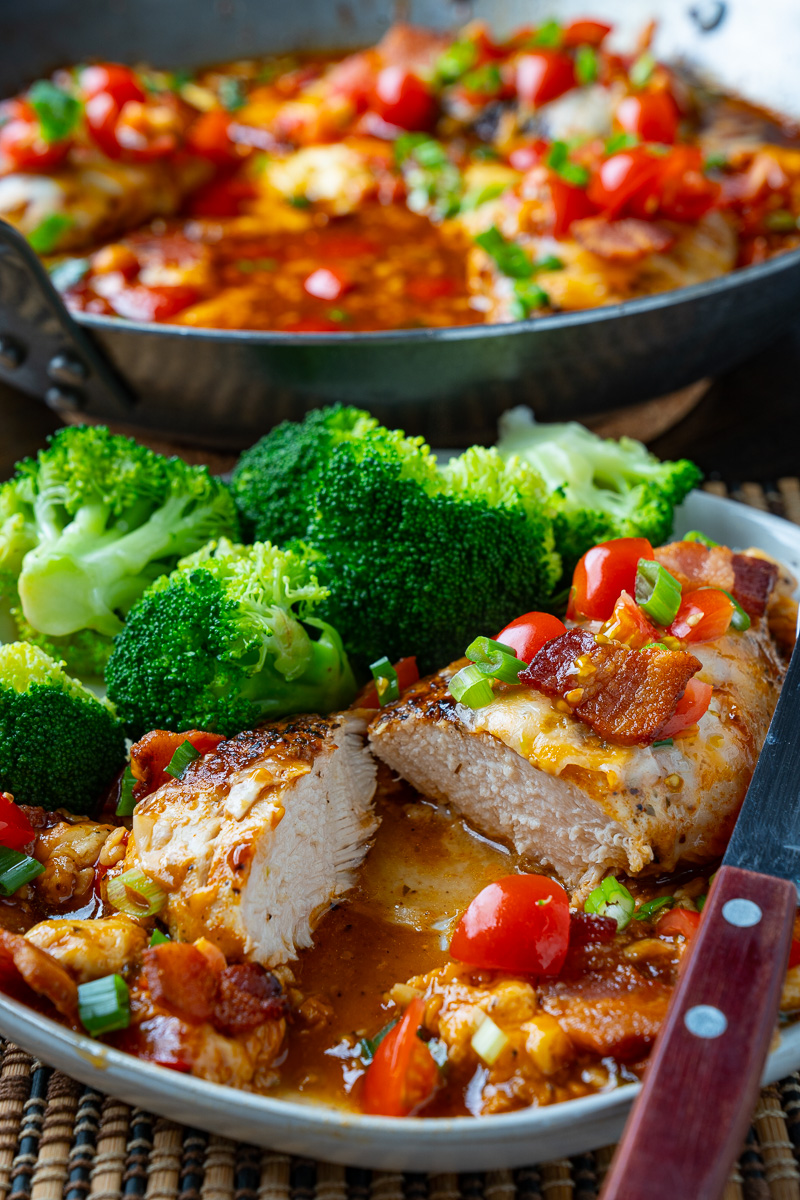 Option: Season the chicken with salt and pepper or your favourite chicken seasoning. I like to add a pinch of paprika to the salt and pepper or just use taco seasoning or cajun seasoning.
Option: Use Colby Jack cheese instead of the Monterrey jack and cheddar!
Nutrition Facts: Calories 436, Fat 24g (Saturated 10g, Trans 0), Cholesterol 131mg, Sodium 723mg, Carbs 13g (Fiber 0.8g, Sugars 9g), Protein 38g
Nutrition by: