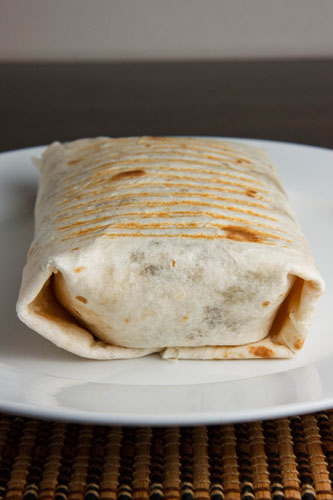 Toronto has a great number of restaurants representing a large number of cuisines. To my disappointment, one cuisine that I find Toronto is lacking in is one of my favorites, Mexican cuisine. There just aren’t all that many Mexican restaurants in Toronto so when I noticed a new one opening on my walk home from work I took note. The new restaurant was a Chipotles and it was billing itself as a ‘gourmet’ burrito joint. I was pretty curious to find out exactly what a ‘gourmet’ burrito was so I had to stop by. The Chipotles gourmet burrito turned out to be a pretty normal burrito with rice, beans, meat, salsa, sour cream and cheese (they charged extra for the guacamole). The burrito was pretty good but it was also pretty expensive and I figured that I could do better at home and for a lot less. Shortly after visiting Chipotles I came across a z-Teca which was also billing itself as a gourmet burrito joint and their advertising campaign seemed to revolve around the size of their burritos. I tried their burritos as well and they were really big and they were good, but, once again I felt that I could do better at home. Thus, the burrito quest started.

A burrito is a tortilla that is wrapped around a filling and with such a simple definition the possibilities are almost endless! The tortilla wrapping makes burritos nice and convenient and portable so you can grab one while on the run. Over the past few weeks I have been experimenting with and really enjoying various burritos and fillings. What follows is a list of what I have tried and ideas that I would like to try.

Carnitas: Slow braised moist and tender pork fried until slightly crispy on the outside.
Salsa Verde Carnitas: Carnitas that were braised in salsa verde and then the salsa verde is mixed back in with he pork after frying it until it is crispy.
Pork al Pastor Style: Pork marinated in a chili and pineapple sauce and then slow roasted until it is falling apart tender.
Tinga: Pork stewed in a tomato and chipotle sauce.
7 Chili Chili: Tender beef braised in a spicy chili sauce. (After reheating the pot of chili a few nights in a row, most of the liquid had evaporated and I used it in a burrito and it was really good.)
Taco Seasoned Meat: Taco seasoned meats such as Texmex seasoned ground beef or Texmex seasoned shredded chicken.

Cilantro and Lime Rice: Rice is a pretty standard burrito filling and I like to liven it up a bit with some chopped cilantro, lime juice and zest. I also like to use brown rice rather that white rice whenever possible.

Refried beans: Beans are also a common burrito filling whether plain or seasoned with cumin, chili powder and oregano or even refried.

Onion and Cilantro Relish: A simple condiment of chopped sweet onions with a pungent kick along with some chopped cilantro for added freshness.

Salsa Verde: A really tasty salsa made from tomatillos, jalapeno peppers and cilantro with just the right amount of heat.

Guacamole: This cool and creamy avocado salsa provides a nice balance to the sources of heat in your burrito. 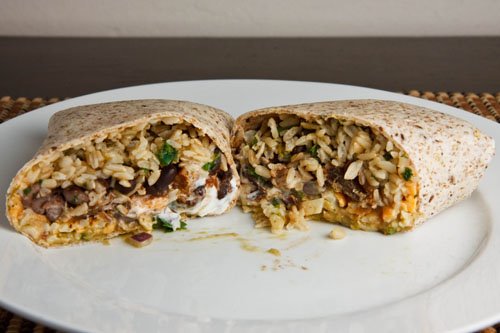 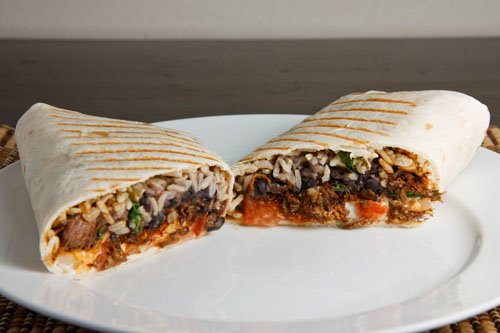 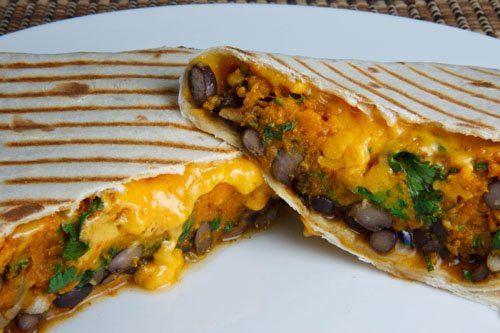 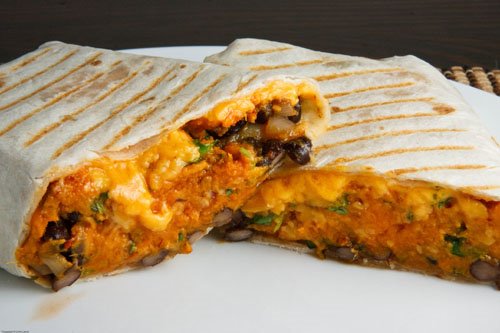 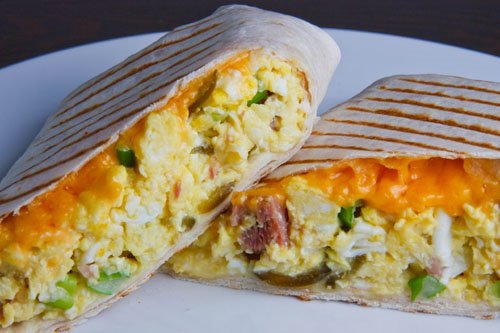