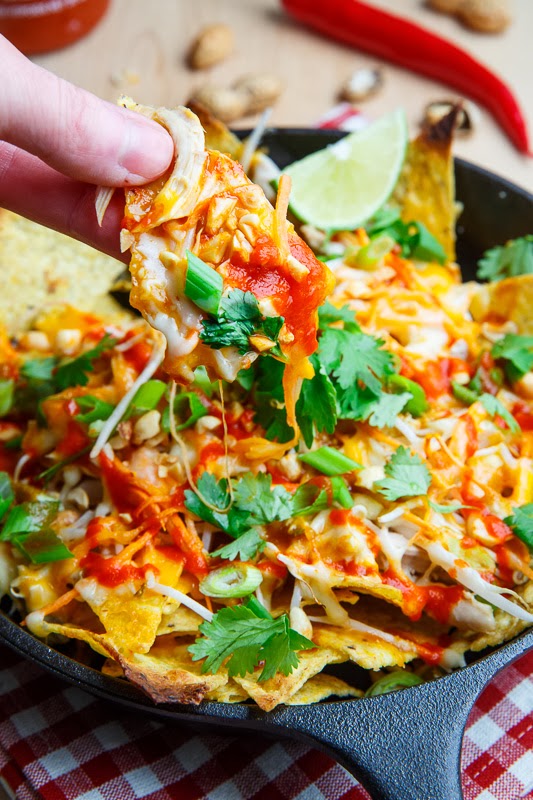 Pad Thai inspired nachos with chicken in a tasty pad thai sauce, fresh veggies and herbs along with plenty of melted cheese.

After making the spaghetti squash shrimp pad thai last week I couldn’t help but think of other new ways to serve pad thai and with the football playoffs here I guess it was inevitable that I would think of pad thai nachos! The basic idea here was to serve all of the flavours of pad thai on nachos covered with plenty of melted cheese for snacking on while watching the game. I started out with my pad thai sauce of tamarind, fish sauce, sugar and chili sauce for a perfect blend of sour, salty, sweet and spicy and I mixed some shredded chicken into it before sprinkling it onto the tortilla chips. Up next were some basic pad thai vegetables including bean sprouts, carrots and green onions and of course heaps of cheese that was then melted under the broiler. The finishing touches were some chopped peanuts and fresh cilantro. The pad thai flavours work fabulously well in nacho form all covered in ooey gooey melted cheese and these nachos are sure to please at your game day party. (They are even better if you hoard them all to yourself and eat them as a meal, but I wouldn’t know anything about that…) 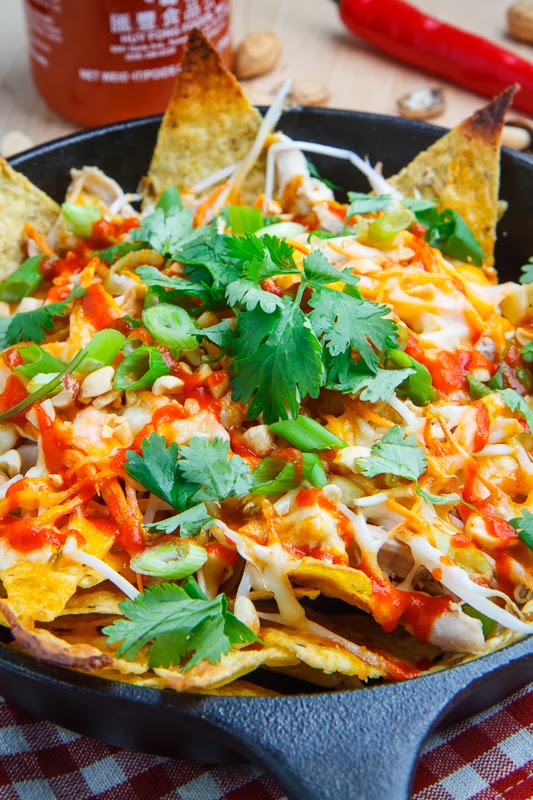 Serve with extra sriracha for those that like it hot! 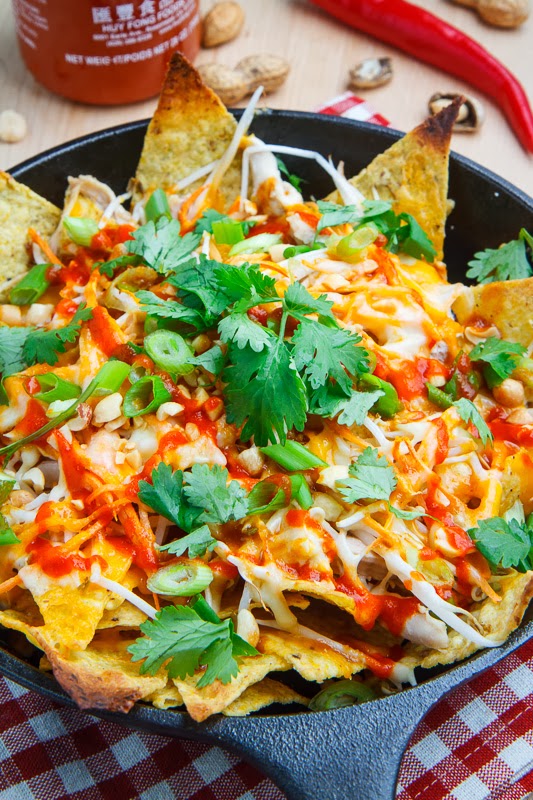 Pad Thai inspired nachos with chicken in a tasty pad thai sauce, fresh veggies and herbs along with plenty of melted cheese.