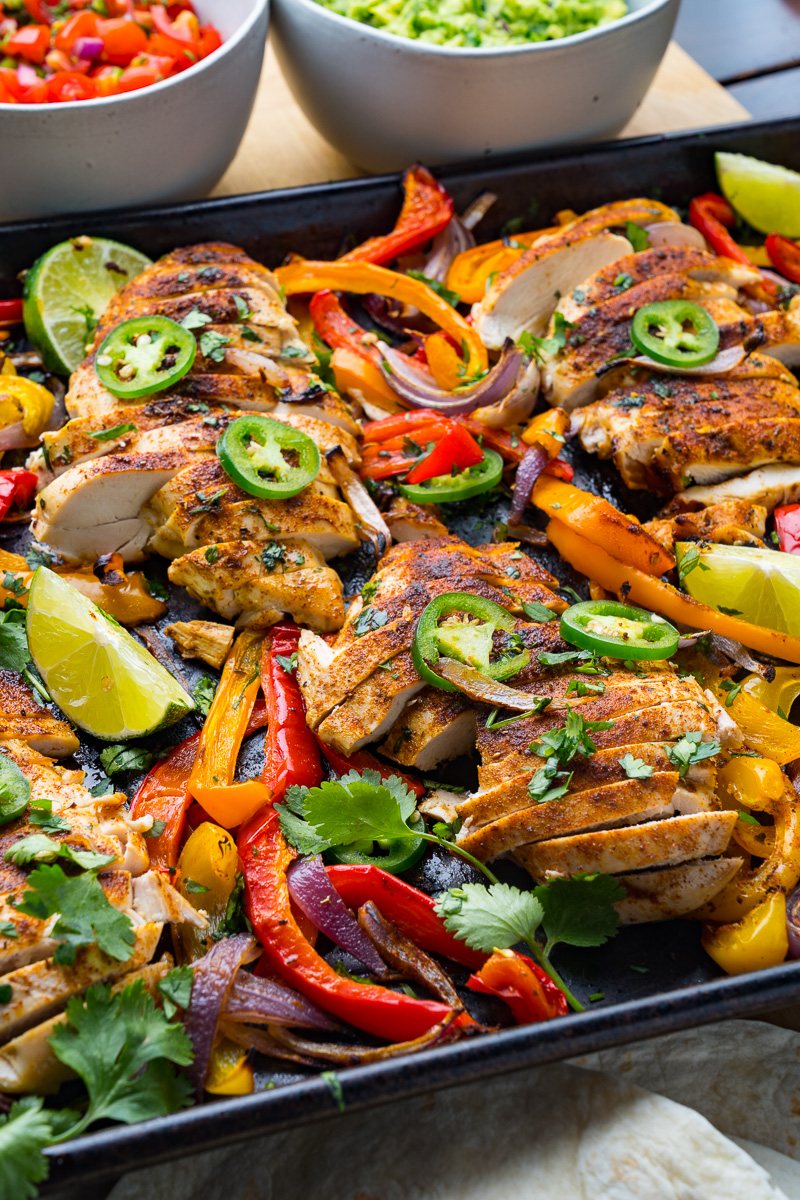 Easy chicken fajitas baked on a single sheet and then served as nachos over tortillas and smothered in melted cheese!

Fajitas are one of my favourites and although I like to grill them, it’s even easier to to roast them on a sheet in the oven! You basically season up some chicken with taco seasoning and throw it on a sheet pan along with peppers and onions and roast until the chicken is cooked though! All that remains is to slice up the chicken, throw it into tortillas along with the peppers and onion and your favourite fajita toppings like pico de gallo, guacamole, cheese and sour cream! What a quick and easy, family friendly meal!
As much as I like fajitas, I like nachos even more, and you can’t go wrong with chicken fajita nachos! It’s basically chicken fajitas on tortilla chips topped with ooey-gooey melted cheese! Yum! After roasting the sheet pan chicken fajitas, cover a baking sheet with tortilla chips, throw the chicken, peppers and onion on followed by plenty of cheese and return to the oven until the cheese has melted before topping with pico de gallo, guacamole and sour cream! The perfect meal for any day, especially while watching the game! 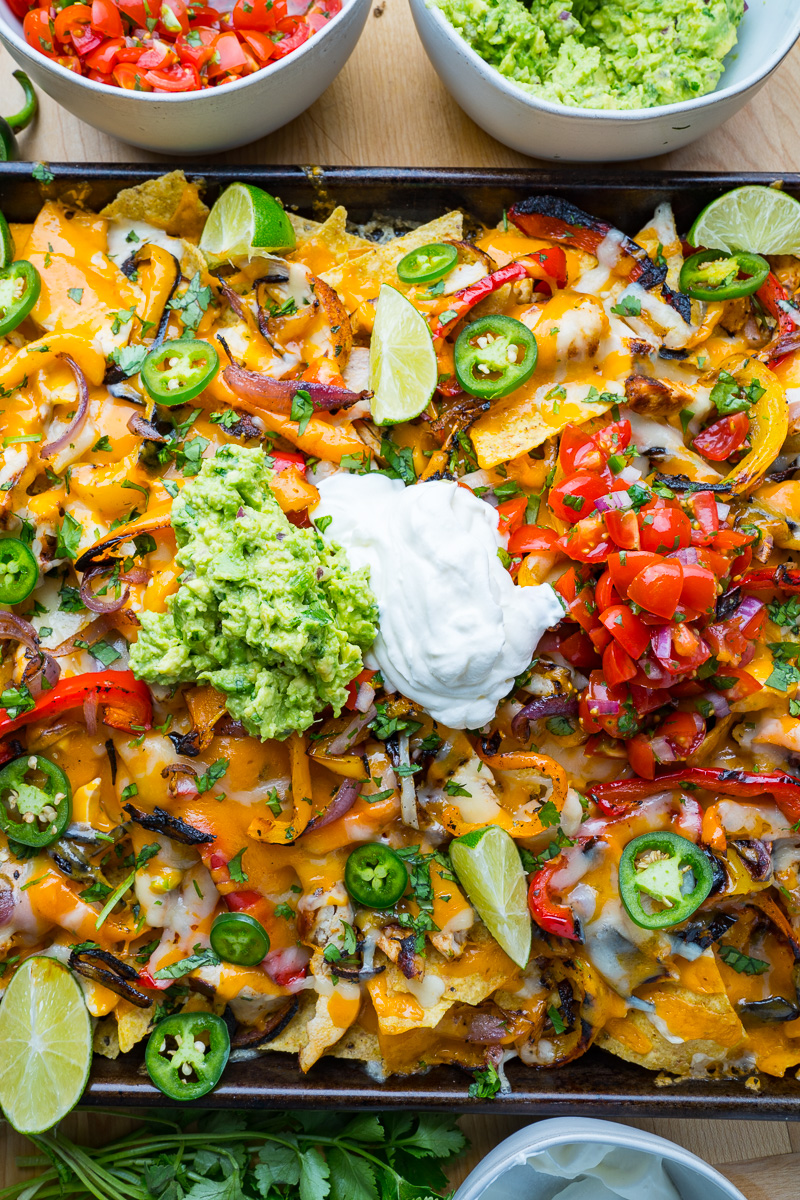 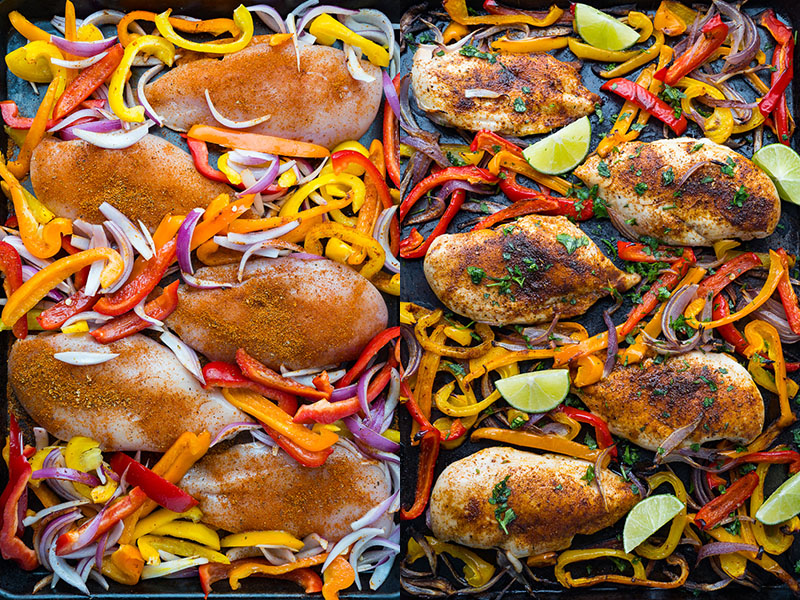 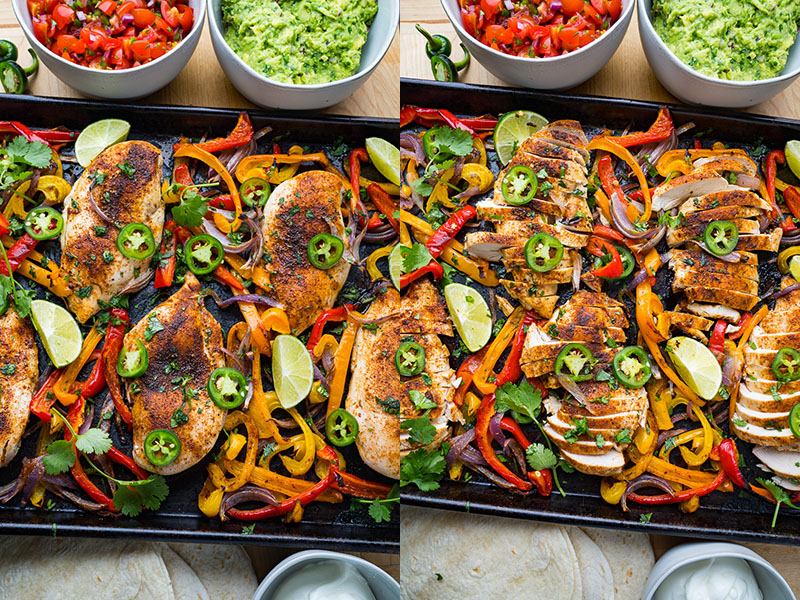 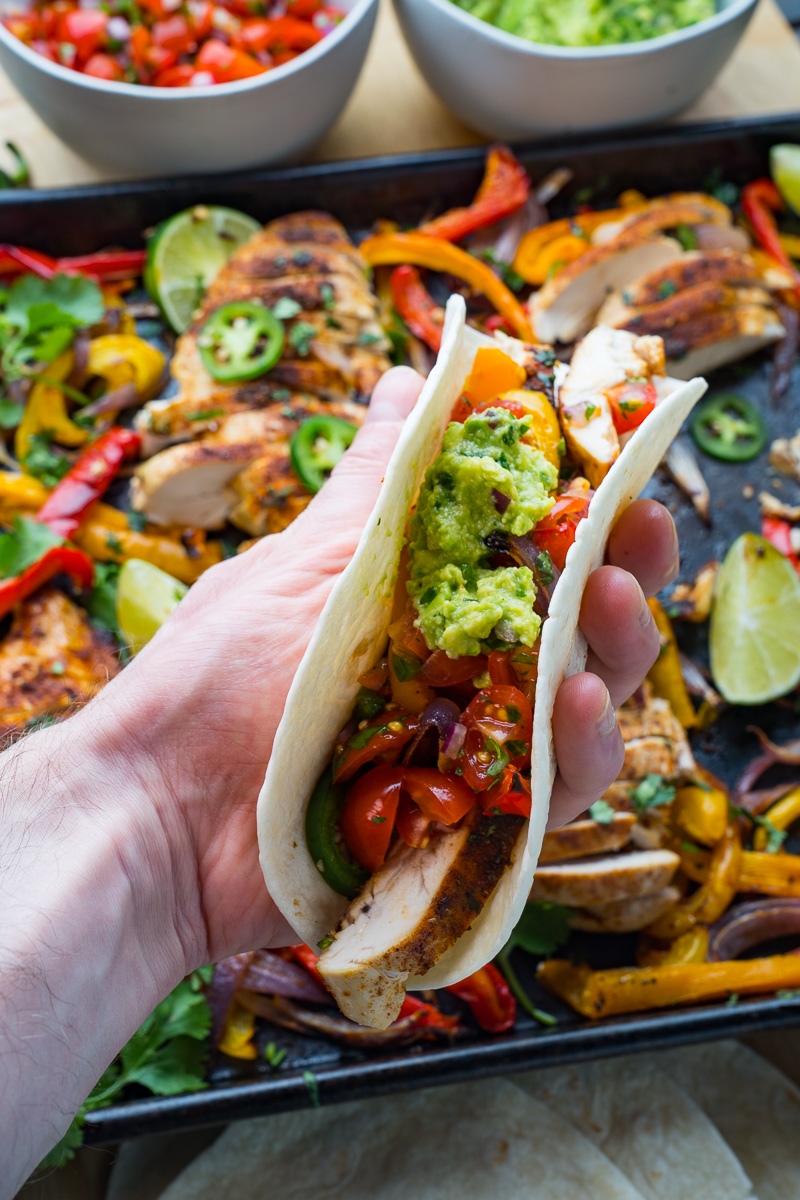 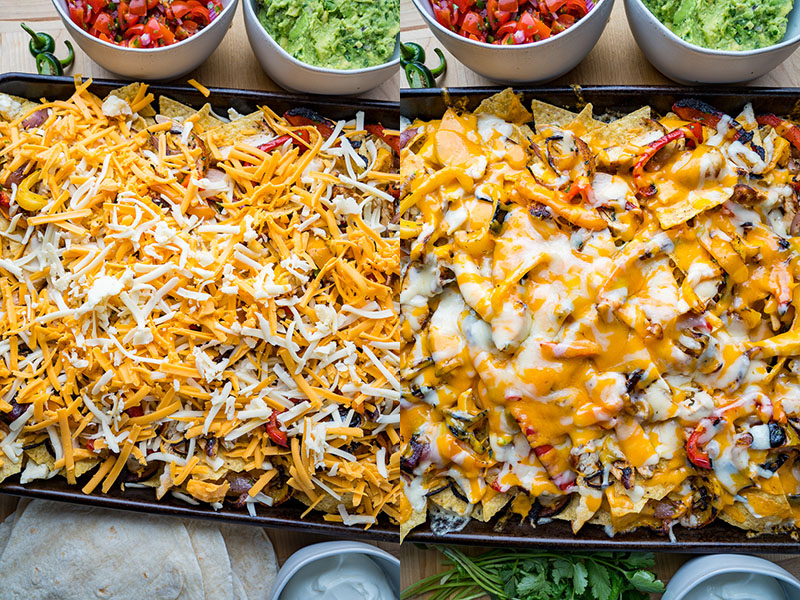 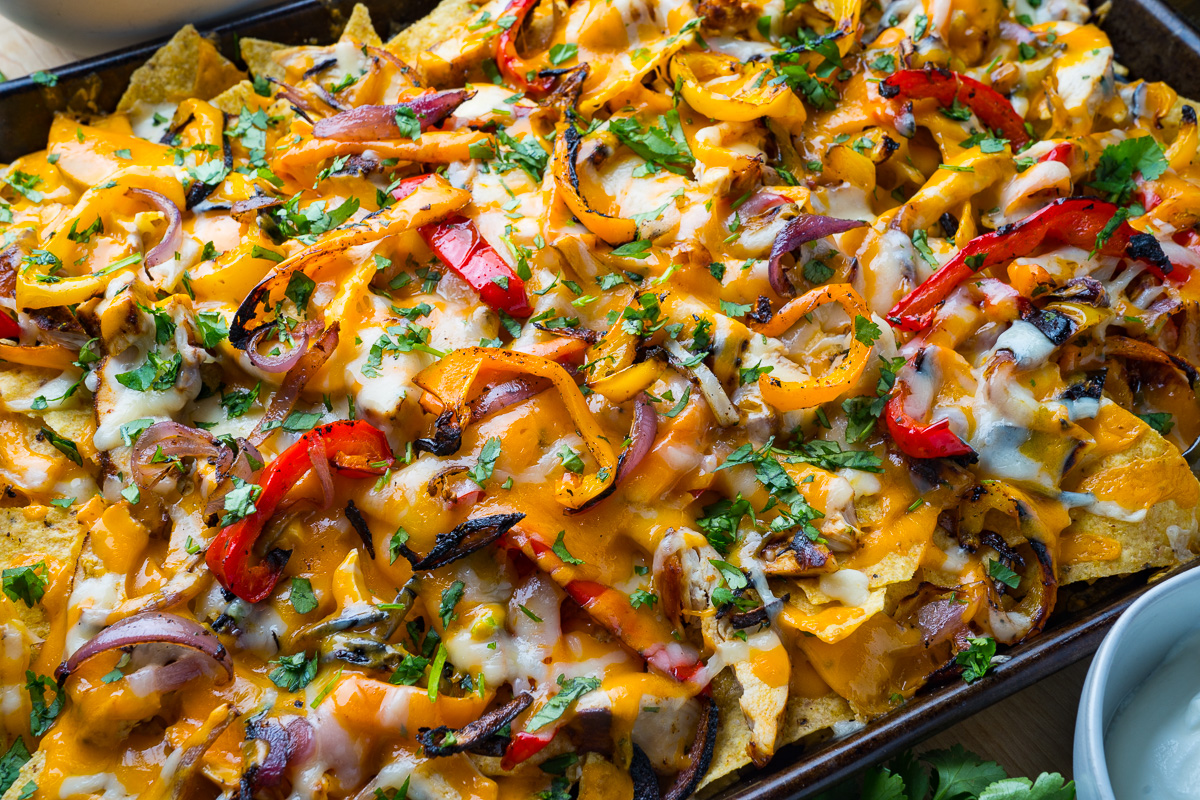 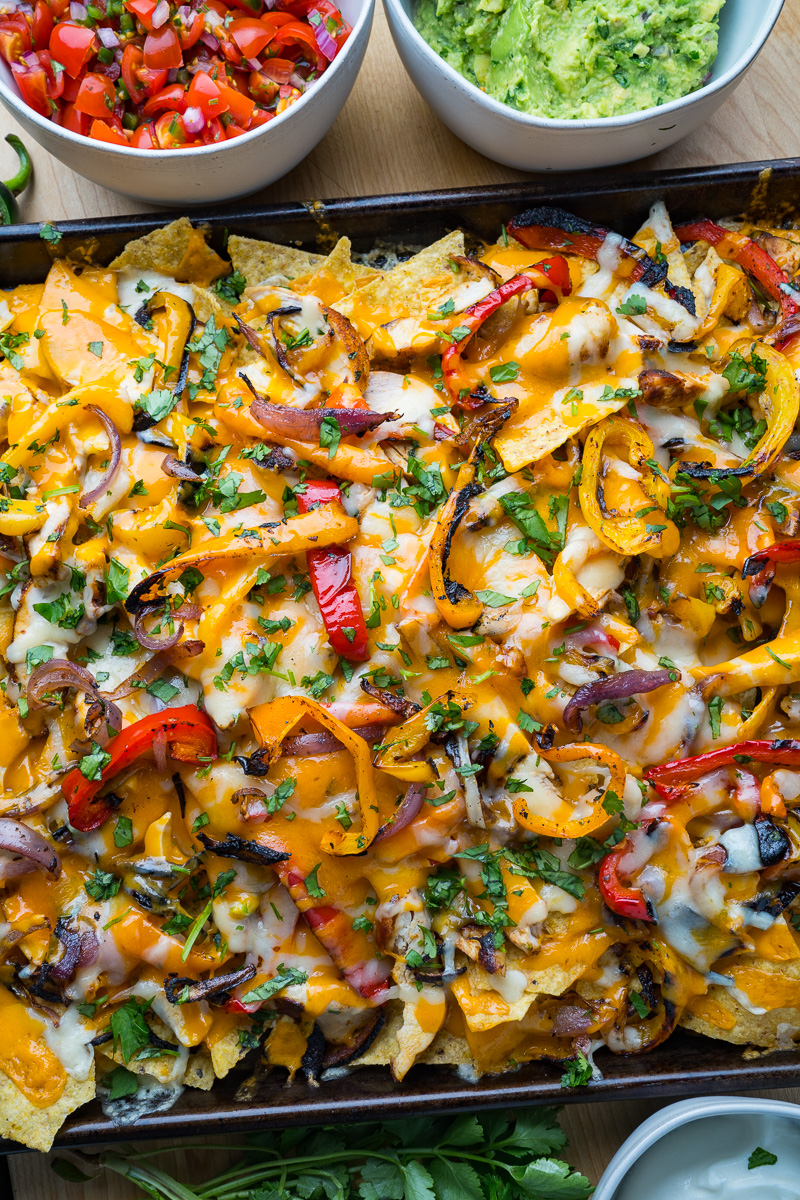 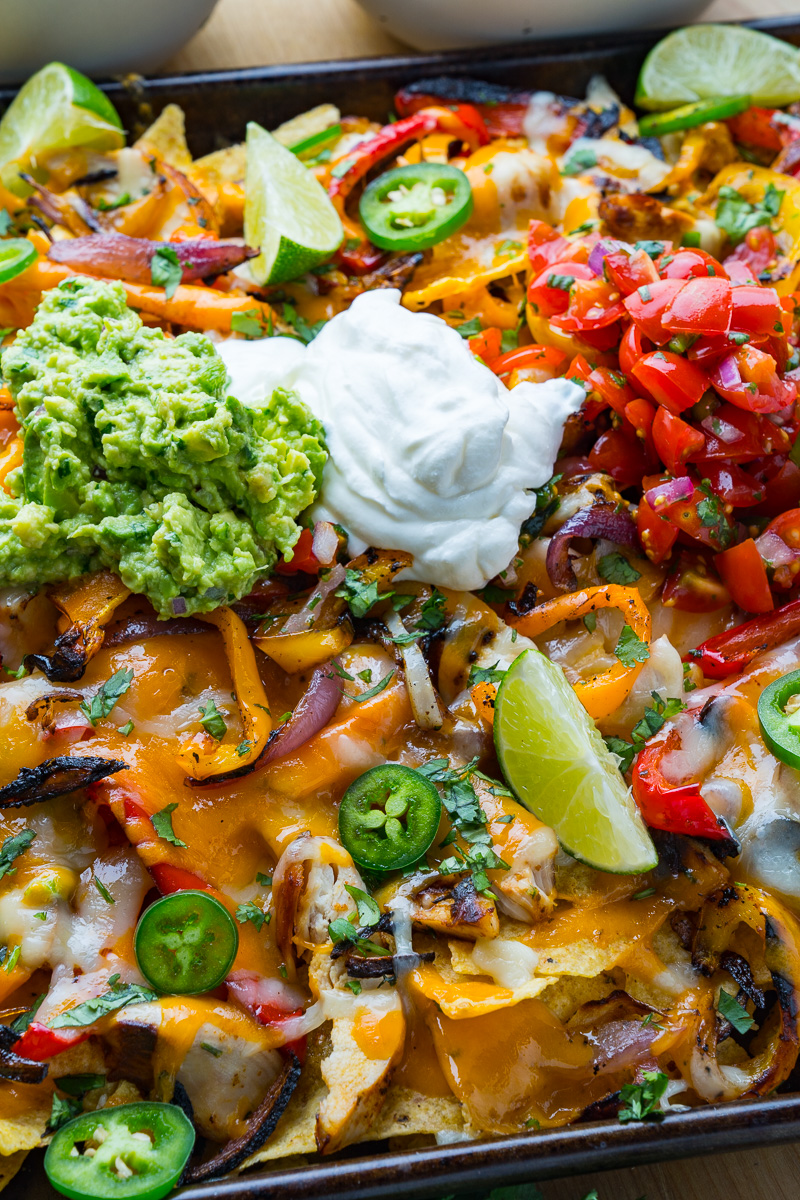 Easy chicken fajitas baked on a single sheet and then served as nachos over tortillas and smothered in melted cheese!

For the sheet pan chicken fajitas:

For the sheet pan chicken fajitas: