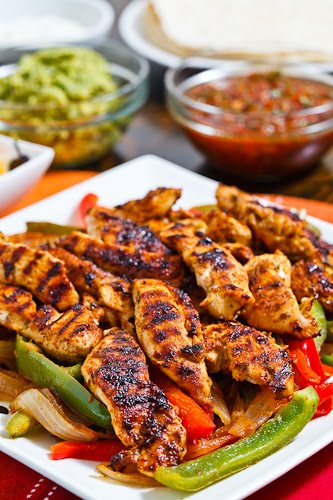 I had been craving some Texmex flavours for a while and in particular, fajitas were calling my name. The only trouble was that it was below freezing outside and everything had been covered in a foot of snow. Not to worry though as my trusty grill pan came to the rescue! The idea behind fajitas is pretty simple being grilled meat, most often beef or chicken, served in a tortilla. I most commonly associate caramelized onions and multi coloured peppers with fajitas and from there you can pretty much go with whatever you want from salsas, to guacamole, to cheese, to sour cream etc. I like to keep the meat simple and I marinate it in some lime juice, chili powder, cumin, oregano and garlic. In addition to using the marinade to season the meat, the onions and peppers also benefit from the additional flavours of the marinade making the fajitas even tastier. 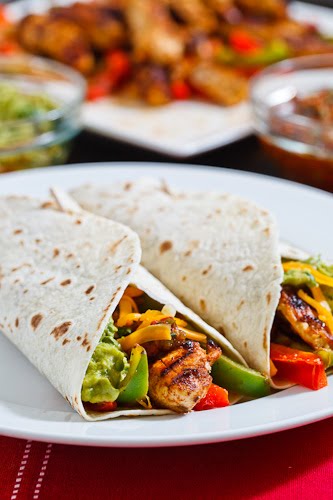