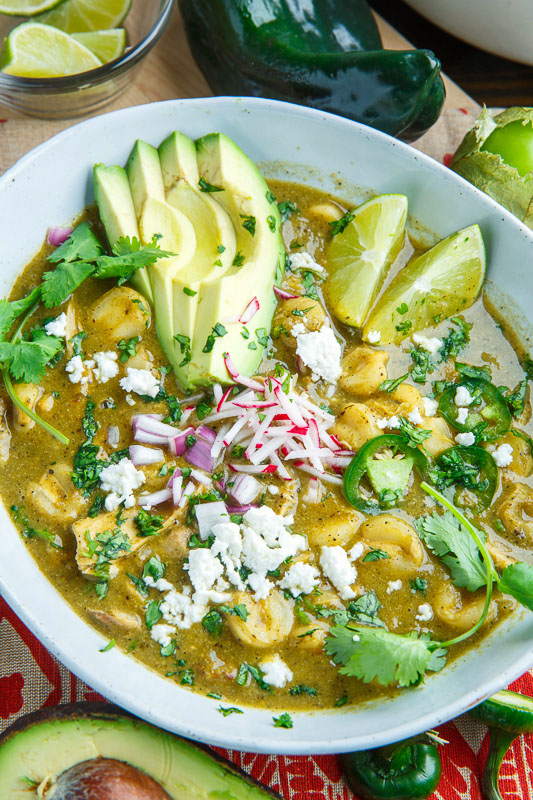 Today I have a recipe for pozole verde de pollo or a green Mexican hominy and chicken soup using an ingredient that is new to me, hominy. Hominy is a dried corn has been treated with an alkali, in a process called nixtamalization and it makes for an excellent alternative for potatoes, beans, etc., especially in soups like this! I have come across dried hominy and hominy in a can and you can use it much like beans where you soak the dried hominy overnight and then cook it until tender or you can use it straight from the can. Pozole is another name for hominy and it’s also the name of the soup/stew that it is commonly served in. There are a lot of different kinds of pozole with the more common ones being white, green or red, based on the colour. This is a green pozole and the green comes form the broth, which is a chicken broth base, with pureed tomatillos and green chilies like jalapenos and poblanos along with plenty of cilantro. Other than the long cooking time for the hominy, this soup is super easy to make and it’s just packed with flavour! The fun part of this soup is of course the topping/garnishes that you serve it with and I like extra cilantro, lime wedges, avocado, queso fresco, radish and onions! 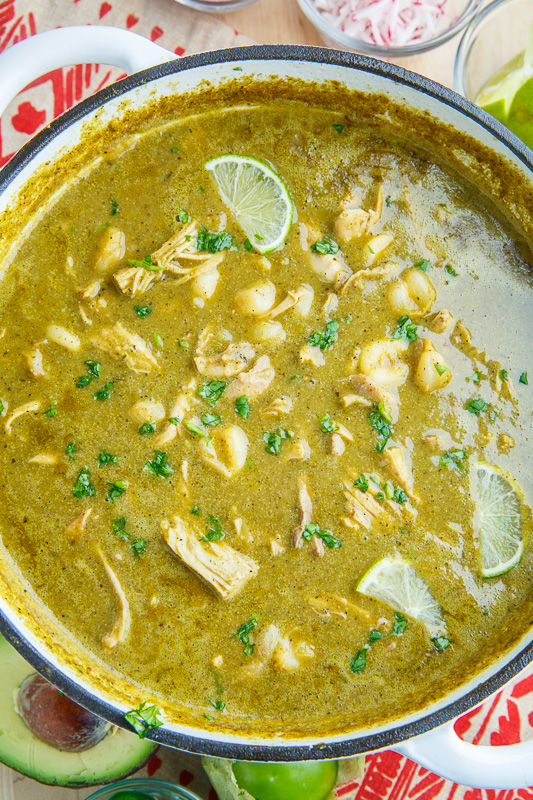 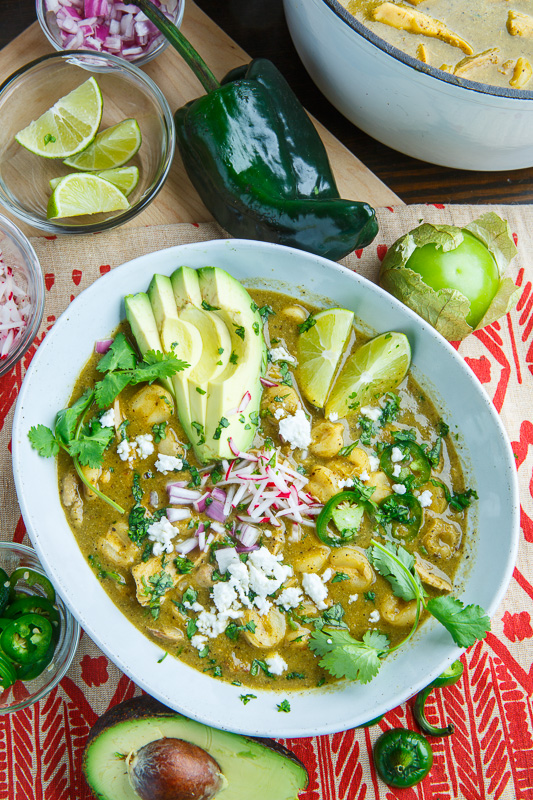 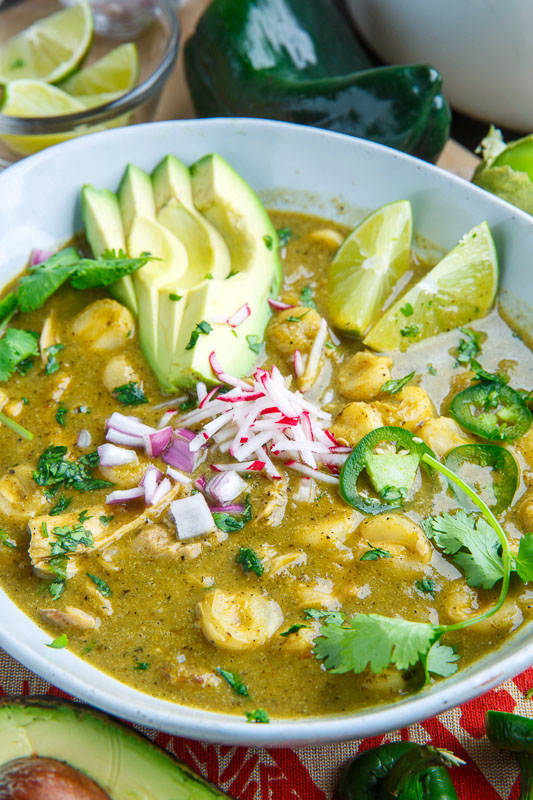 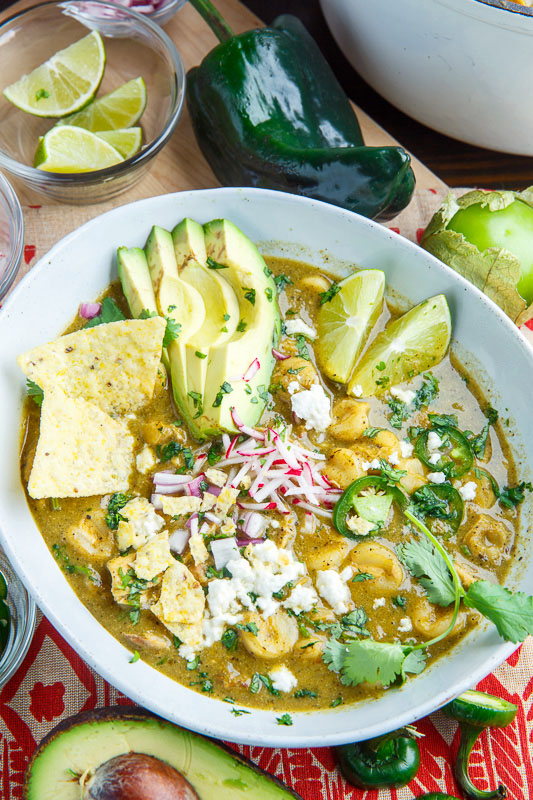 Slow Cooker: Optionally skip step 1 and place everything up to the oregano into the slow cooker and cook on low for 8 hours or on high for 3 hours, before continuing on with the remaining steps. Feel free to just puree the tomatillos, jalapeno, poblanos and cilantro without roasting to save time.
Option: Use bacon grease instead of oil!
Option: Add 2-4 tablespoons masa harina and simmer to thicken.
Option: Serve garnished with avocado, radish, onion, cilantro, sour cream, cheese, tortilla chips, etc.!
Option: Add a hit of fish sauce (or soy sauce)!
Option: Instead of using dried hominy use a drained 28oz can of hominy!
Tip: Control the heat spicy heat in this soup by adding the jalapeno and poblano peppers one at a time and testing the heat level of the soup, adding more as needed to get to the desired level of heat.
Nutrition Facts: Calories 235, Fat 6.5g (Saturated 1.3g, Trans 0), Cholesterol 65mg, Sodium 716mg, Carbs 13g (Fiber 2.9g, Sugars 2.3g), Protein 30g
Nutrition by: