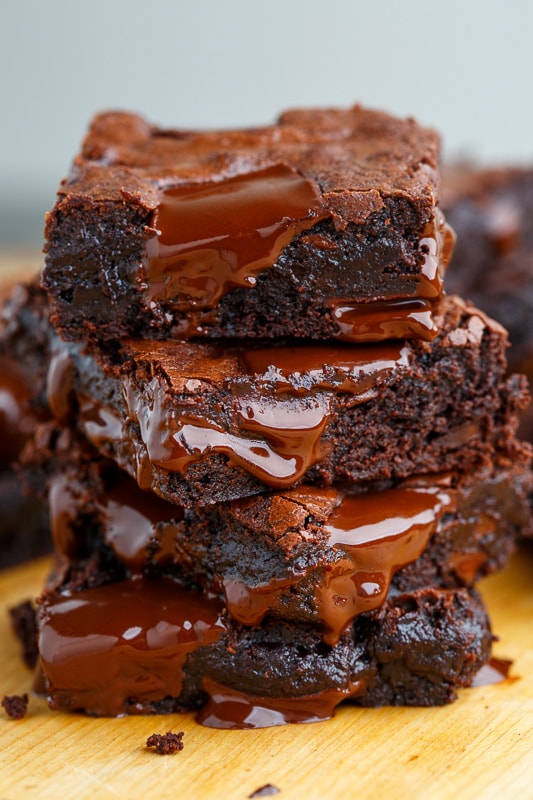 Brownies have to be one of my all time favourite treats and I like them nice and thick, moist and fudgy! The trick to getting fudgy brownies is to have a higher fat to flour ratio and to have more moisture and this recipe accomplishes this by using 1 cup butter, 2 cups sugar, and 4 eggs to 1 cup flour and 1 cup cocoa powder. Using half brown sugar increases the moisture in the brownies and adds an extra layer of flavour and a small amount of oil also adds to the fudgy-ness. The next trick to keeping these brownies nice and moist is to not over bake them! You want to pull these brownies out of the oven a little early and allow them to finish baking in the pan as they cool outside of the oven; having said that, these brownies are so easy to make! You simply mix the wet ingredients, mix in the dry ingredients, pour into a baking pan and bake! All said and done you are in the ultimate fudgy cocoa brownie heaven in about 30 minutes!
Oh, right, I almost forgot to mention the huge chunk of dark chocolate! I like to cut 2 full dark chocolate bars up into huge chunks and bake them into the brownies! Those chunks of chocolate are so amazing when they are still warm from the oven and the chocolate is nice and melted, ooey-gooey and good! Lava brownies anyone? The chunks of chocolate are also fantastic when cool, giving the fudgy brownies a nice solid bite! Enough talking about these brownies, it’s time to get to baking some! 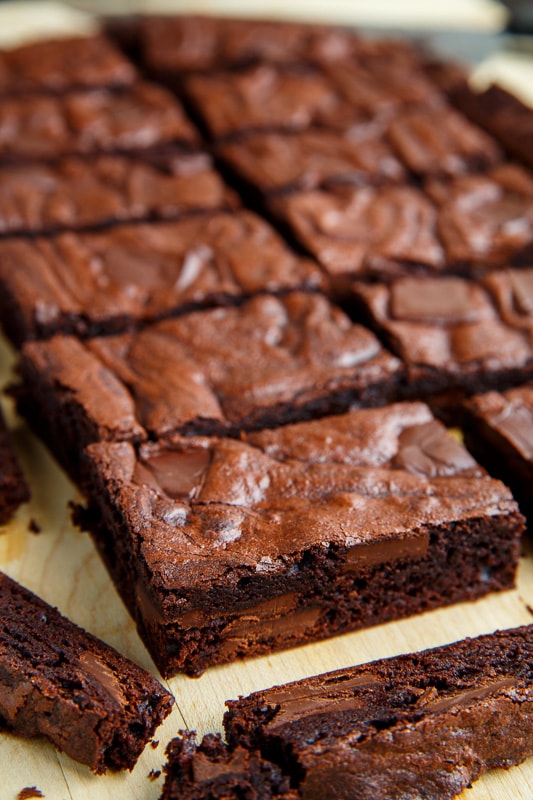 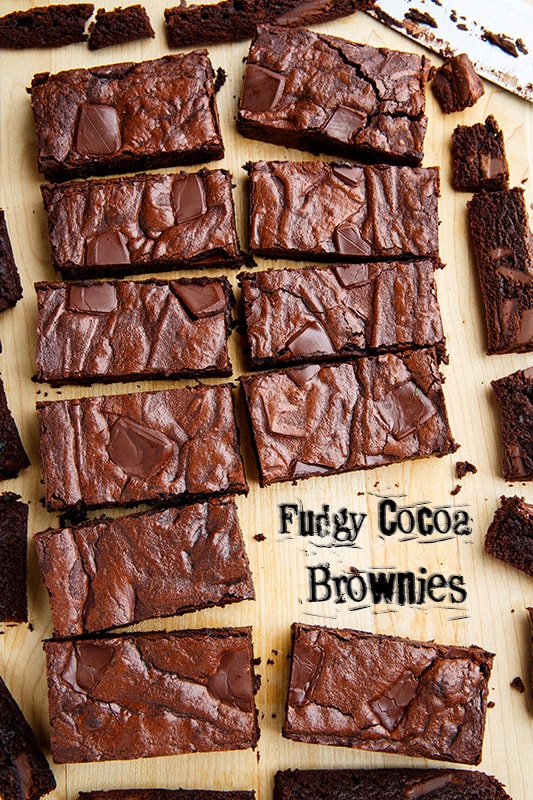 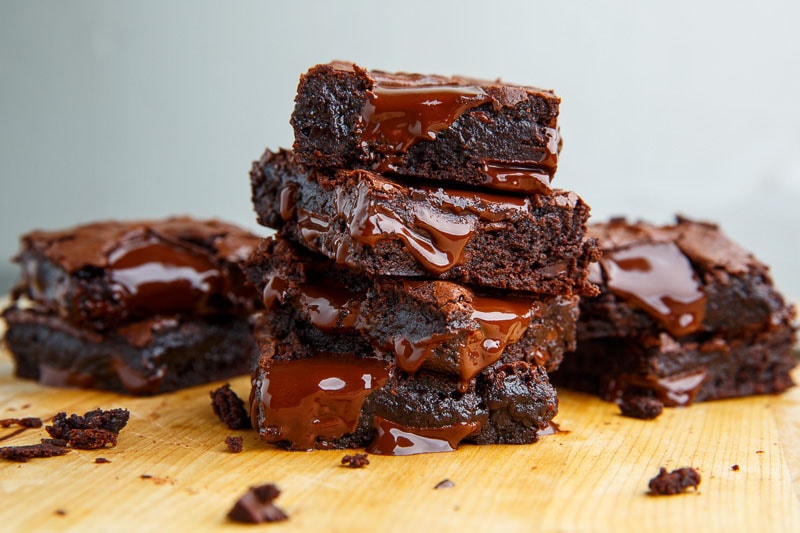 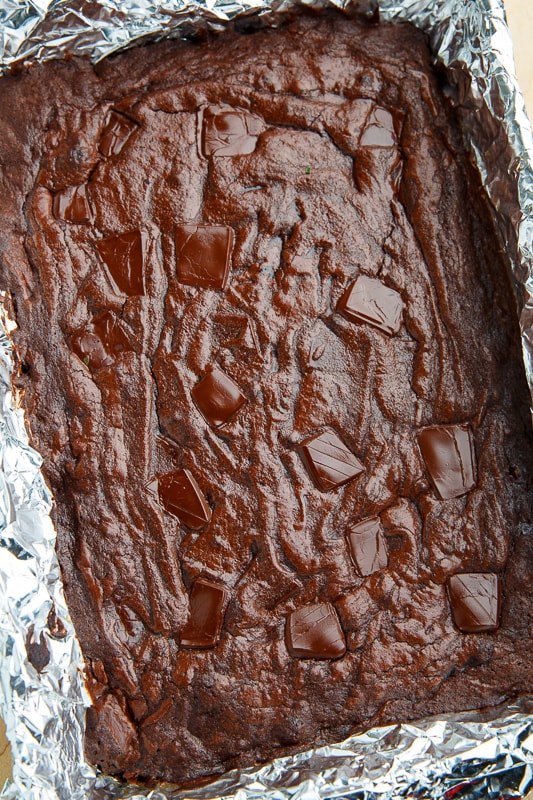 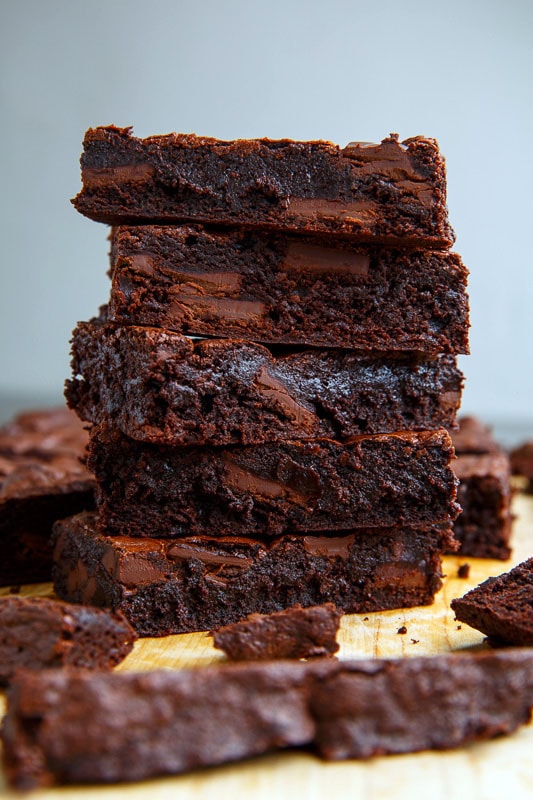 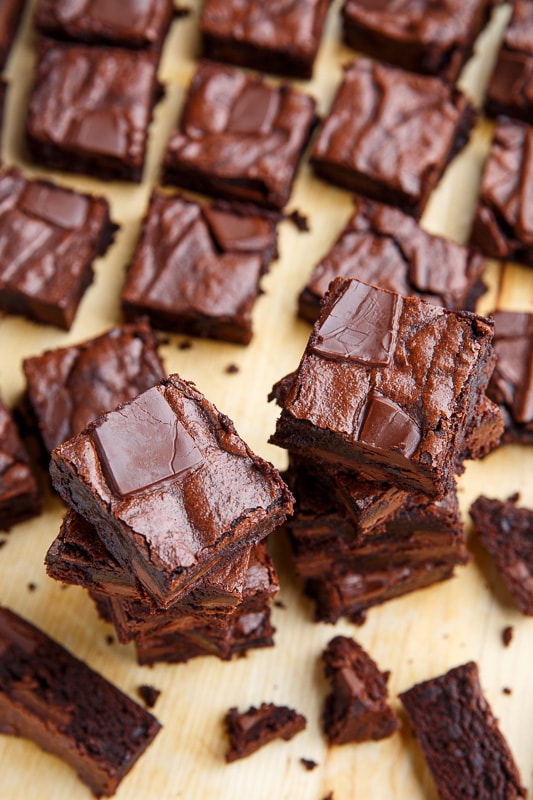 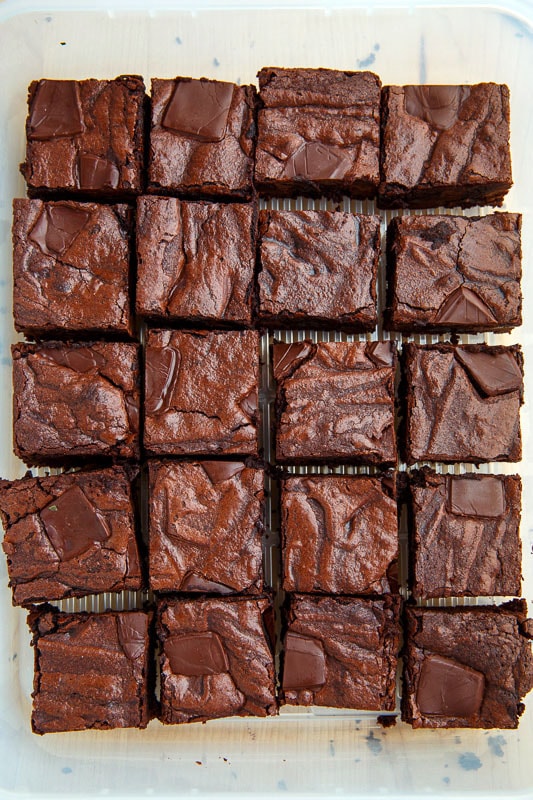 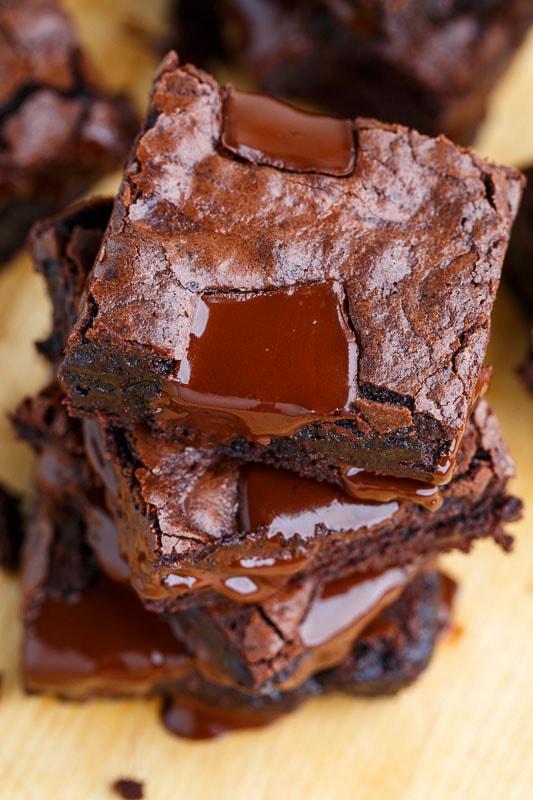 Note: For fudge like textured brownies a toothpick pushed into the centre will come out dirty when you pull it out of the oven. It will continue to bake in the pan as it cools and have that perfect texture!
Nutrition Facts: Calories 147, Fat 8g (Saturated 4g, Trans 0.2g), Cholesterol 41mg, Sodium 51mg, Carbs 18g (Fiber 1g, Sugars 13g), Protein 1g
Nutrition by: