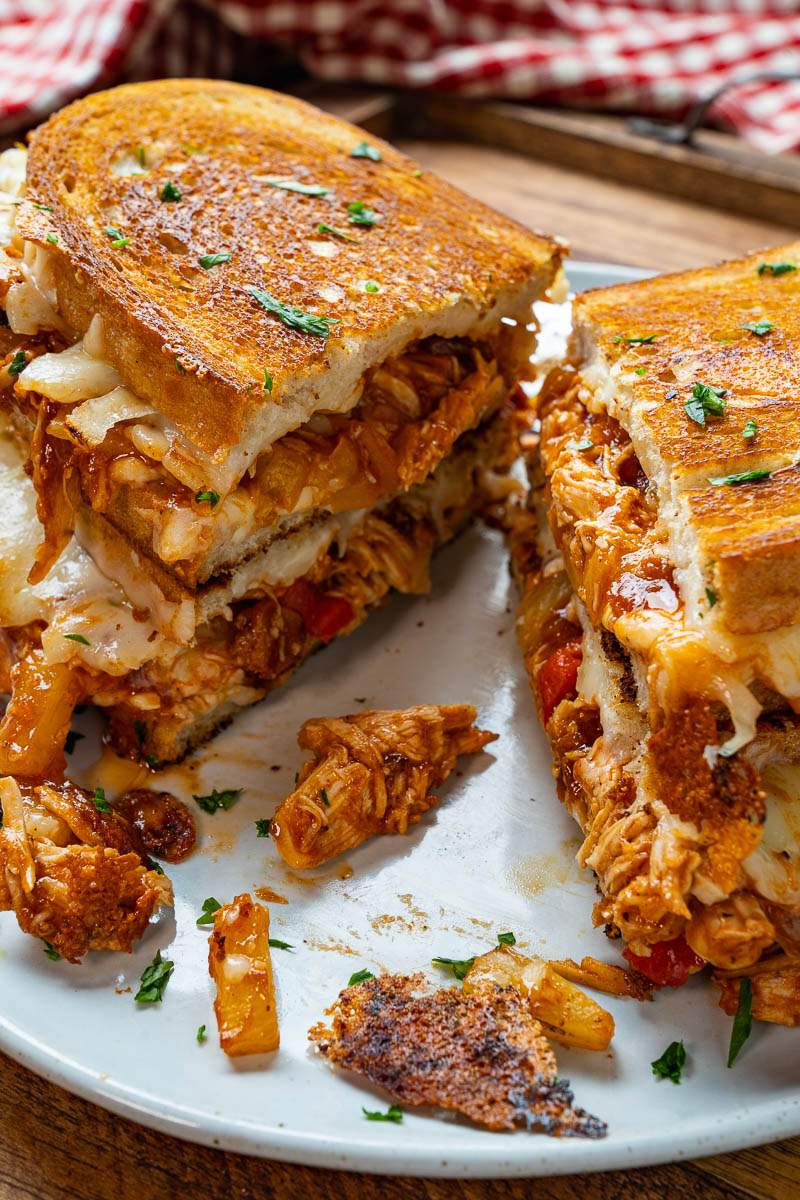 BBQ chicken pizza is one of my favourites! The combination of chicken in a sweet and spicy BBQ sauce along with onions, hot peppers, bacon and pineapple is simply divine, especially with melted cheese, so it’s no wonder that it also makes a great grilled cheese! I like to start this grilled cheese off by caramelizing the onions, which takes some time, but it’s worth it! Next up is the BBQ sauce, cooked chicken, crispy bacon, sweet and tangy pineapple and hot pickled peppers, that are all mixed together to form the filling. The grilled cheese is formed with buttered bread and plenty of cheese (I like a Monterey jack cheese) that is grilled in a pan until the outsides are golden brown and crispy and the insides are warm and the cheese is melted! 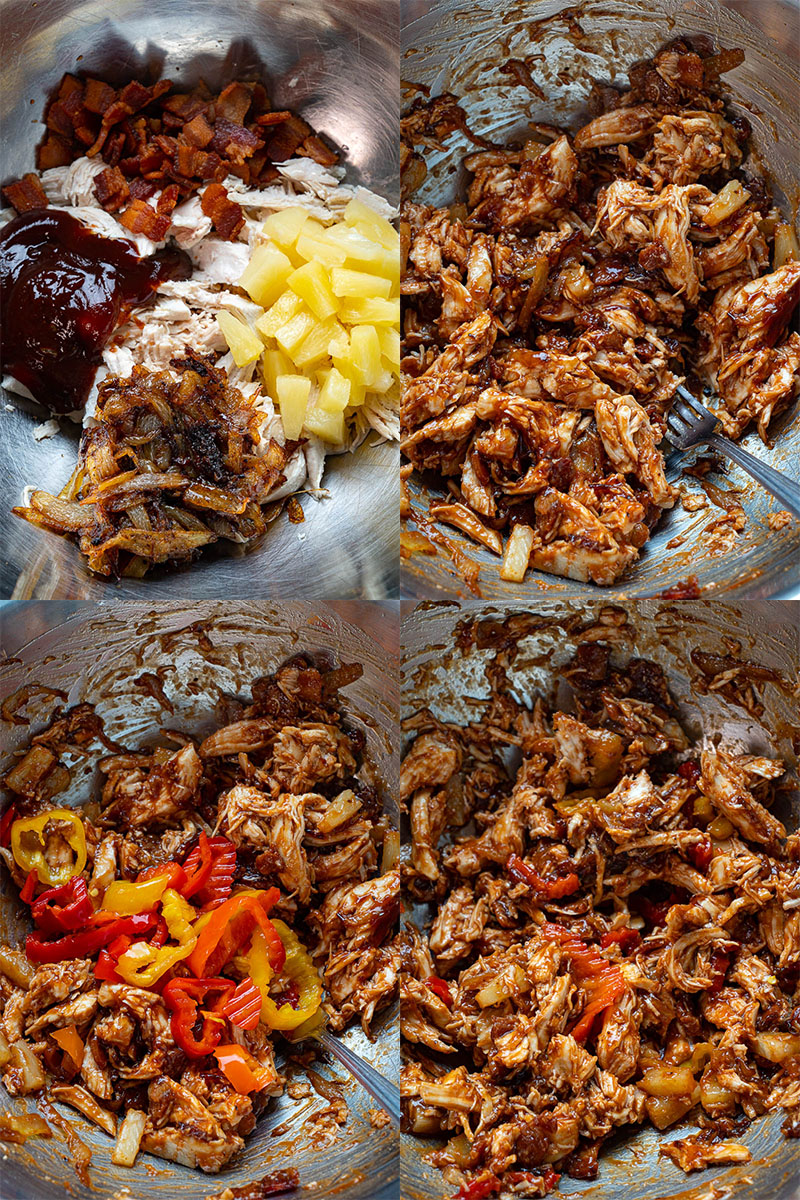 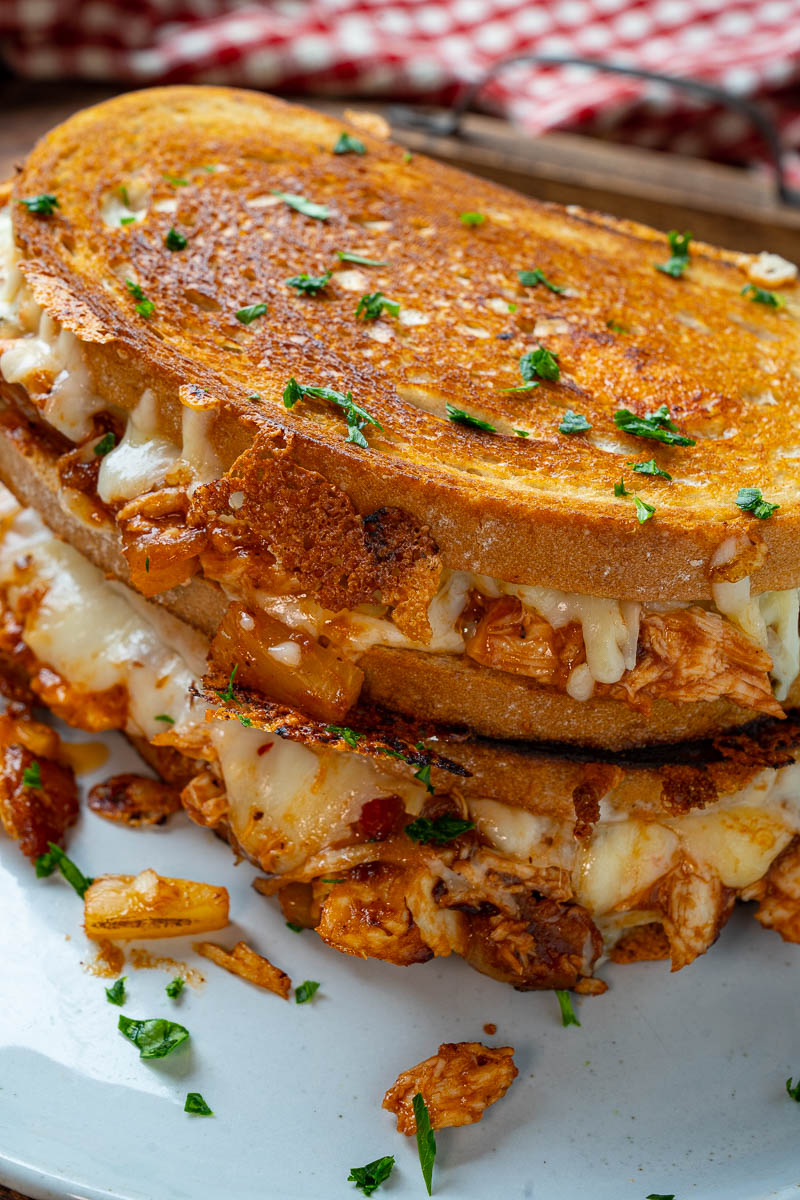 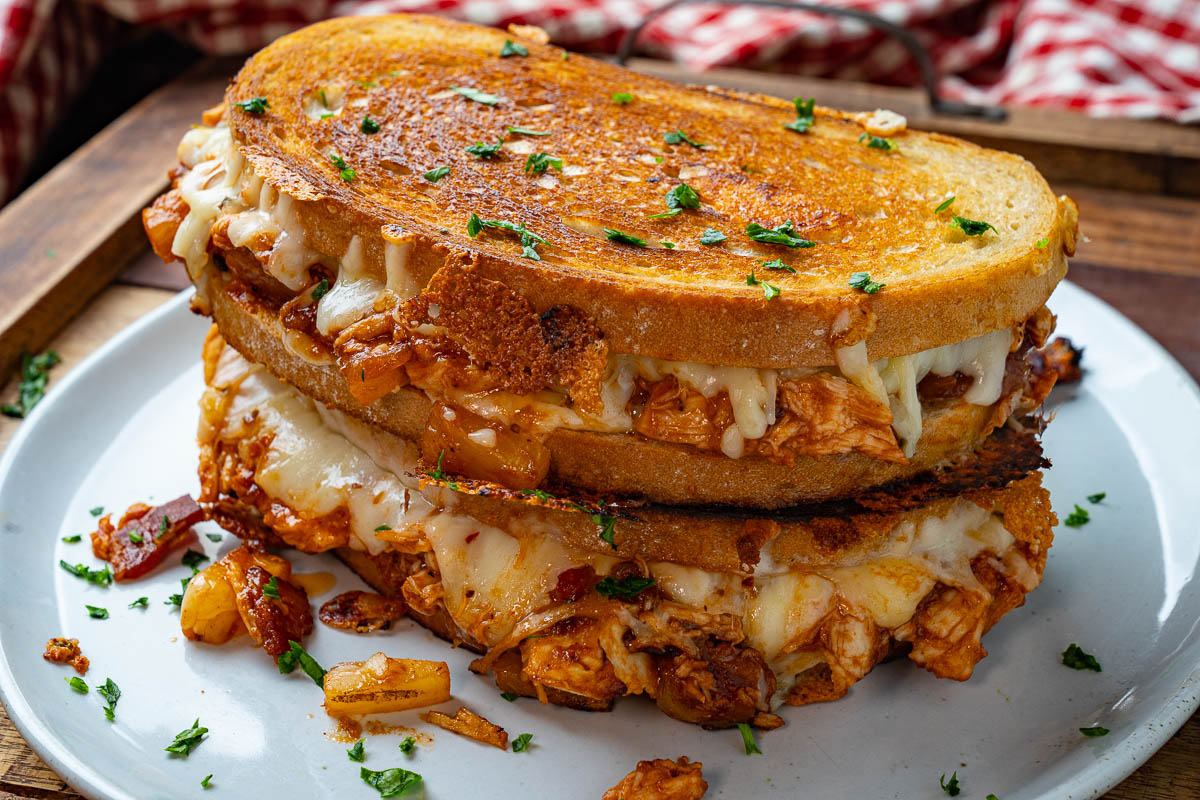 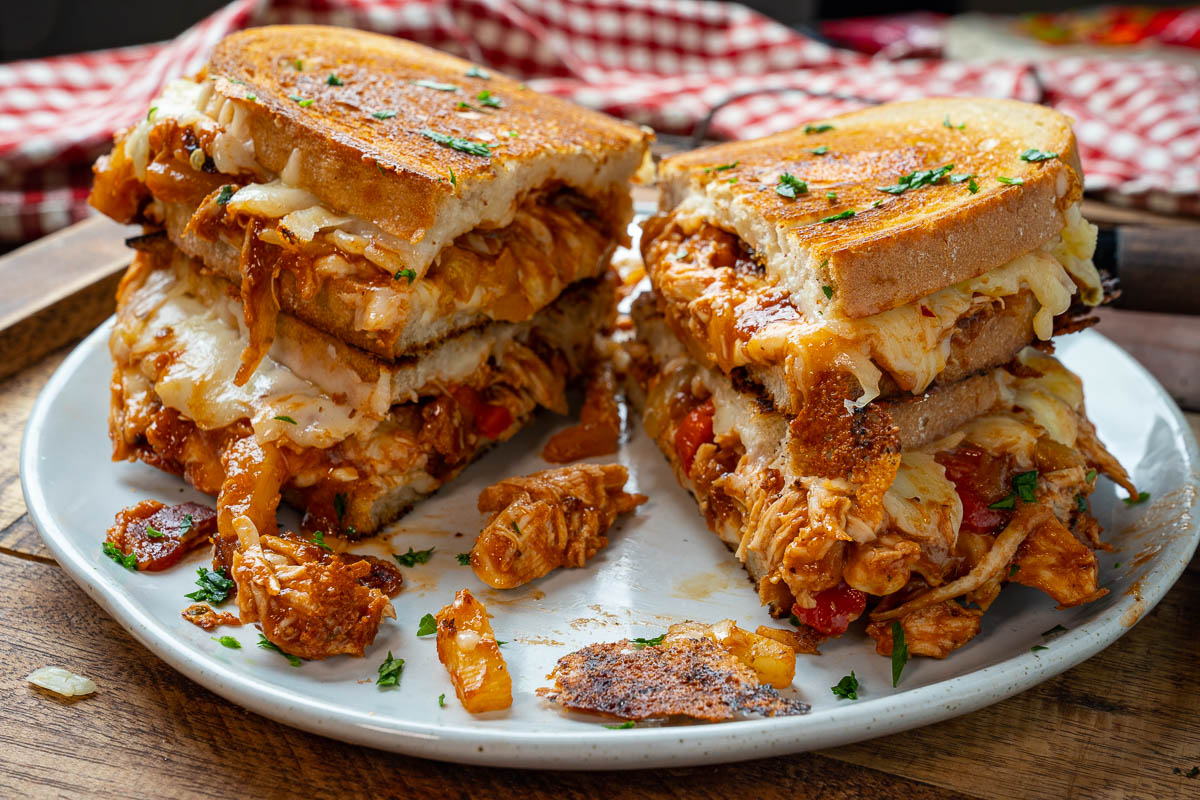 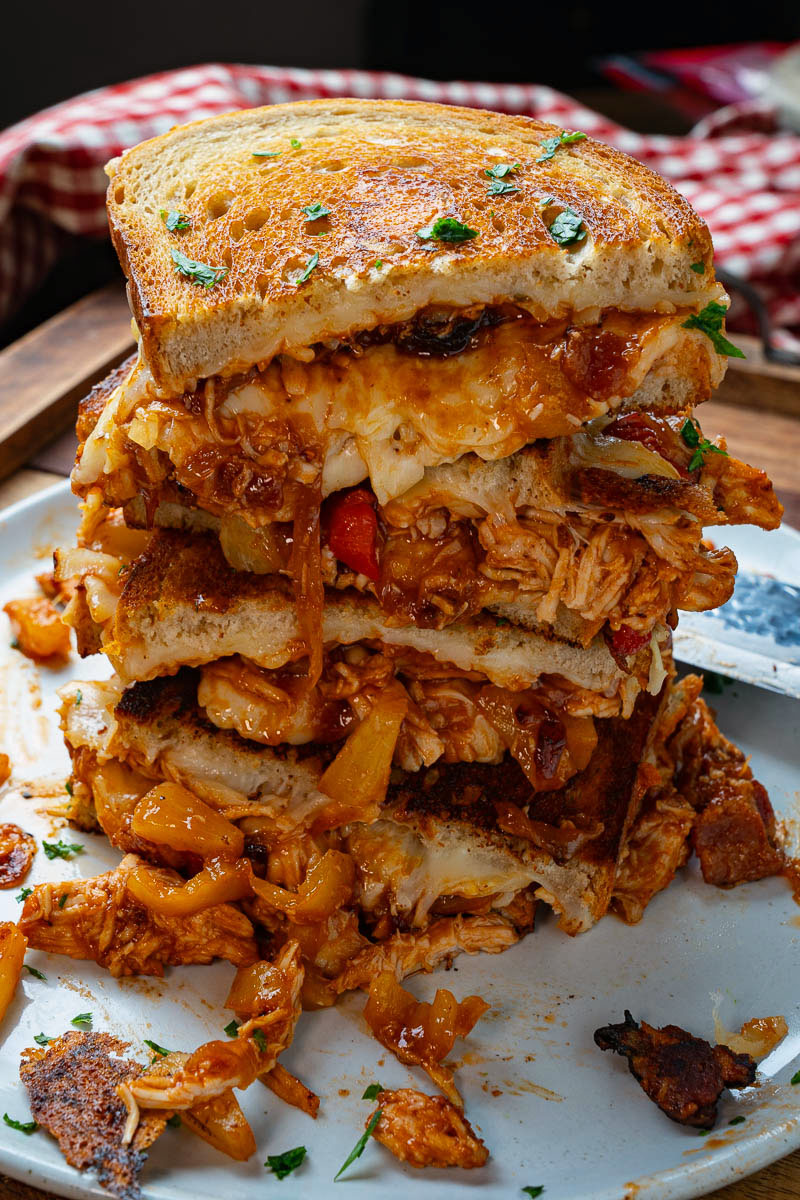 Note: Cook the grilled cheese in batches if required.
Tip: I like to cook extra bacon and snack on it while caramelizing the onions!
Option: Use a different melty cheese, like cheddar.
Option: Use 2 slices of cheese per sandwich instead of shredded cheese.
Option: Use pickled jalapenos instead of the pickled hot peppers.
Tip: Caramelize the onions, cook the chicken and bacon ahead of time and the grilled cheese will only take about 15 minutes!
Nutrition Facts: Calories 561, Fat 39g (Saturated 17g, Trans 0), Cholesterol 107mg, Sodium 1009mg, Carbs 42g (Fiber 3g, Sugars 13g), Protein 34g
Nutrition by: