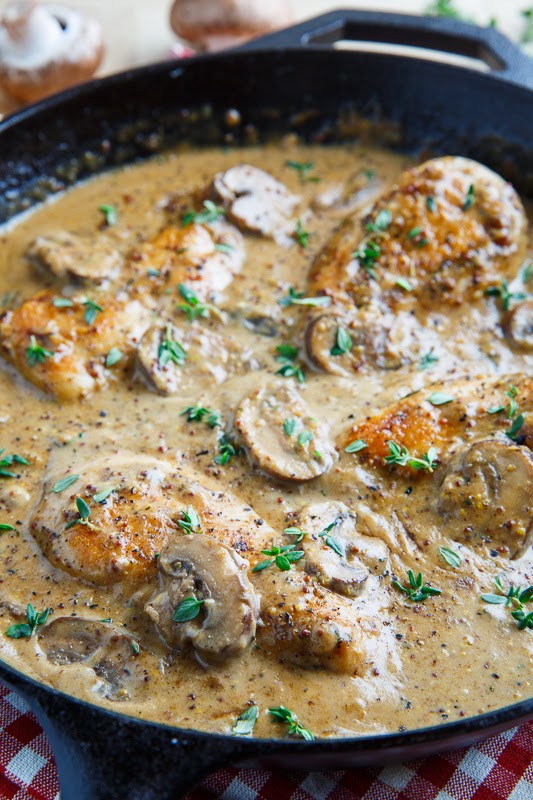 Quick and easy chicken and mushrooms in a creamy asiago and dijon mustard sauce.

Up next we have another super quick and easy chicken dish and this time it’s a one skillet chicken and mushroom dish in a creamy asiago and dijon mustard sauce and it’s just packed with flavour! This recipe starts out by butterflying or pounding the chicken thin so that it cooks quickly and then cooking it at a high temperature to caramelize it on both sides before setting aside. The mushrooms along with the onion, garlic and thyme are then cooked before deglazing the pan with some white wine, adding the chicken broth, cream and mustards, simmering to reduce and thicken the sauce and adding the asiago cheese! All said and done this recipe takes about 30 minutes to make so it is perfect for dinner on a busy week night and it’s sure to impress everyone that tries it!
I like to kick things up a bit by adding white miso paste at the end which adds that certain something, aka umami, to the dish but it’s completely optional. Another way to go is to season with soy sauce instead of salt as soy sauce is also an ingredient with umami. 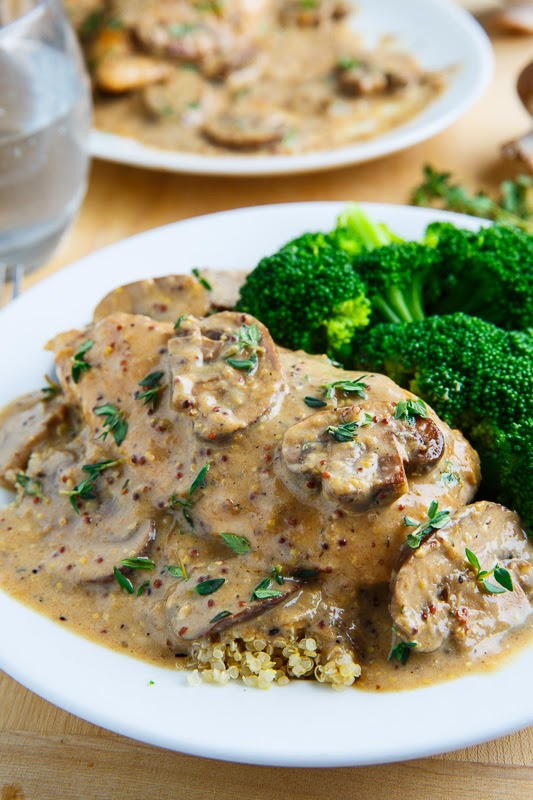 I served the chicken and mushrooms in creamy asiago mustard sauce on quinoa with some simple steamed broccoli for a super quick and easy dinner. Broccoli and mushrooms are a fabulous combination so double the sauce and pour the extra over the broccoli or green beans! 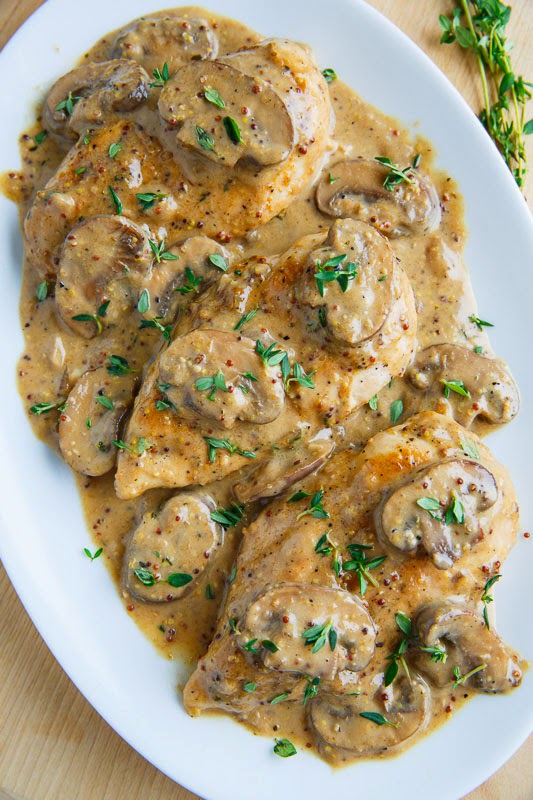 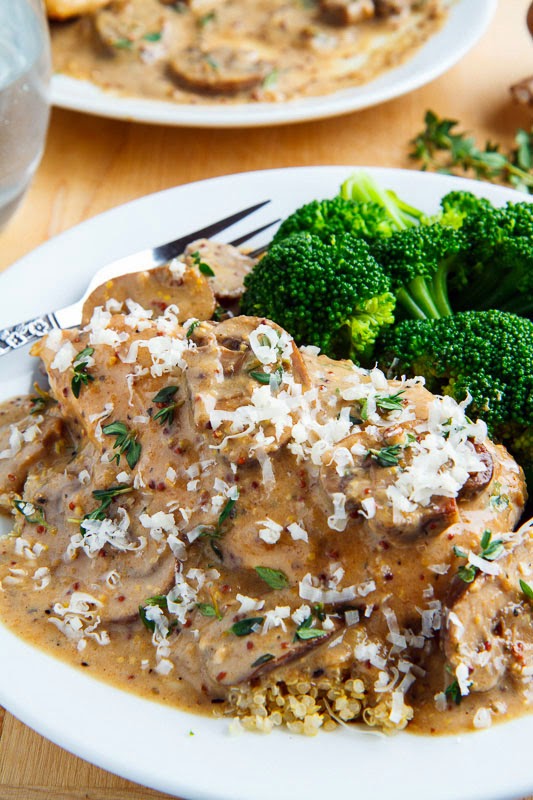 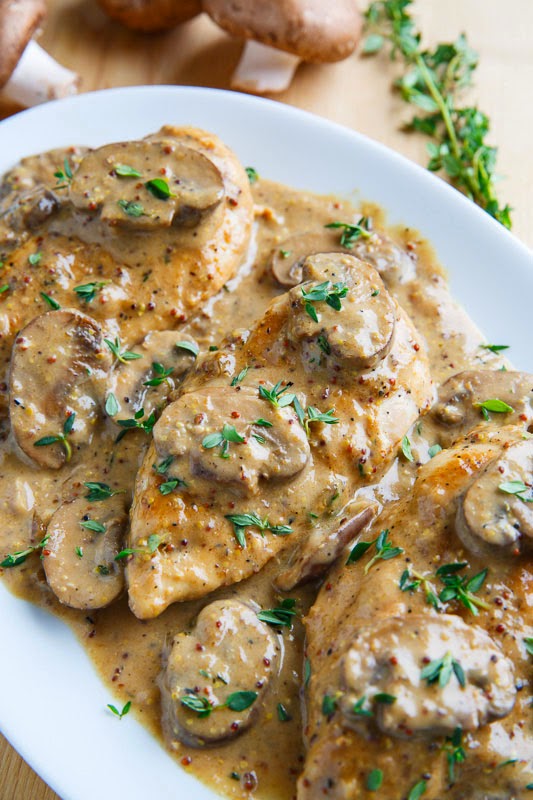 Chicken and Mushroom Skillet in a Creamy Asiago and Mustard Sauce

Quick and easy chicken and mushrooms in a creamy asiago and dijon mustard sauce.

Option: For One-Pan: Make this a one-pan meal by adding 8 ounces of pasta and 2 1/4 cups broth or water (or 1 cup of rice and 2 cups broth or water) to the sauce in step 5 and simmer, covered, until cooked, about 12 minutes (or 20 minutes for rice).
Option: Cook the mushrooms longer, until the start to caramelize, for even more flavour.
Option: Add 1 tablespoon white miso paste by mixing some of the hot pan sauce into the miso in a bowl before mixing it back into the pan sauce just after you remove it from the heat.
Option: Season with soy sauce instead of salt or miso.
Nutrition Facts: Calories 384, Fat 19.5g (Saturated 6.8g, Trans 0), Cholesterol 117mg, Sodium 318mg, Carbs 6.1g (Fiber 1.2g, Sugars 3g), Protein 44.3g
Nutrition by: